3.7 EA just got released. And I am happy to say our Performance Team led by Peter Veentjer found another amazing optimization. The main change this time was to remove notifyAll and synchronized blocks in the networking layer and replace them with LockSupport.park/unpark. The code change was done on the Member to Member code and the Client to Member code. So the change lifts performance for most operations by 30% across both topologies.

Hazelcast 3.6, based on the extensive benchmarks we do and publish, was already the fastest In-Memory Data Grid and Distributed Cache, including Redis. With this change we will open up a larger air gap between us and the rest. Look for our benchmarks against each to get updated over the next few months.

The Performance Increase in Pictures

We use AtomicLong.get/put here because the payload is always a fixed 8 bytes and it makes very clear the performance changes. These numbers are for a four node cluster all measured on a 1Gbps network in our Perf Lab. 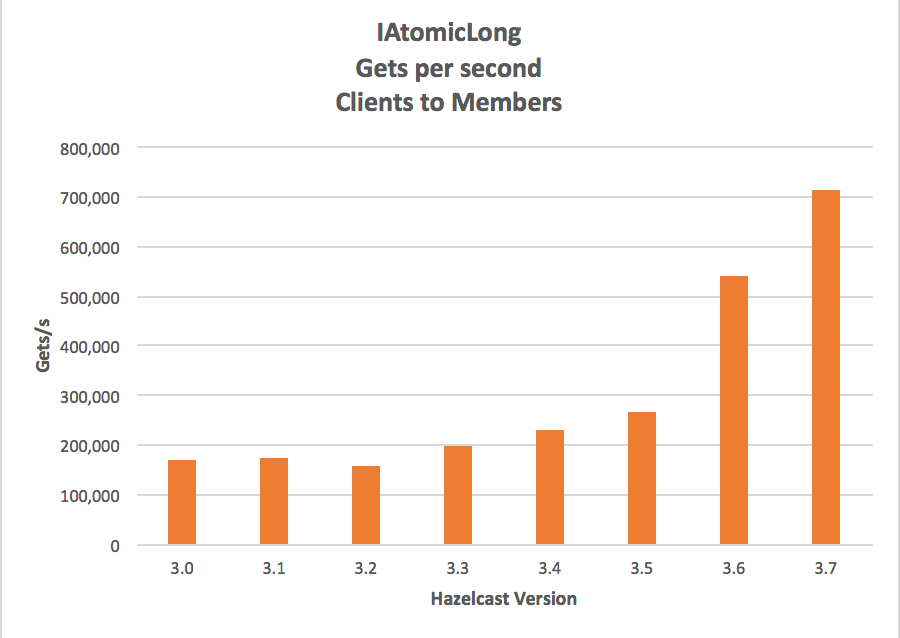 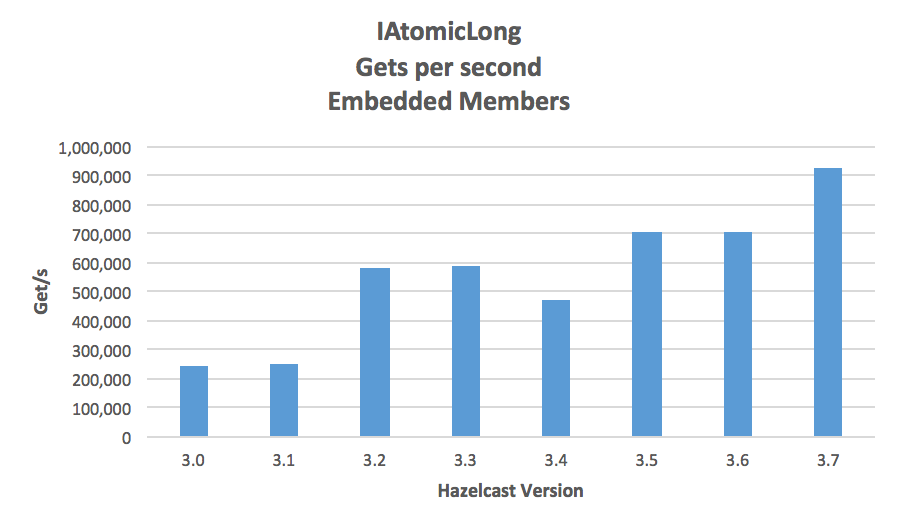 Firstly we unified the client and member code bases in this area so they automatically benefit from optimisation work.

Progress was made in the border between the networking layer and the the engine, i.e. when a packet containing an operation comes in it goes into the operation queue. This is a task completed by the IO Thread, but internal to the engine.

We made several optimisations:

The MPSCQueue is our Multi Producer, Single Consumer Queue. It is again written with LockSupport.

The last two releases have seen an explosion in Hazelcast performance. So what’s next? In Hazelcast 3.8 we will (most likely) shift our attention to the following areas:

Here we plan to bypass the operation thread and use the calling thread – tests indicate a 10x performance increase is possible. This should make the performance of a local operations on an embedded Hazelcast member much closer to what you get from a purely in-process cache like Ehcache or Guava, expanding the use cases for Hazelcast.

This will be particularly useful for:

First we will make a whole bunch of changes to near cache to make it more usable in more scenarios. Many have been suggested by our users.

Second we will be adding a storebyreference option so that we skip copying on get and just return the reference. This is how in-process caches work by default.