It should be no surprise that a conference with the title WeAreDevelopers has a speaker lineup comprised entirely of developers. And, who might be the target audience? Yep, you guessed it—this one is for you, devs.

So, when and where is this for-developer, by-developer conference being held? From May 11-12th, WeAreDevelopers is bringing together over 3,000 attendees in Vienna, Austria, forming the largest developer conference in Central and Eastern Europe. Need more info? Check out the FAQ.

This year’s talks will be held by devs and tech leaders from many different backgrounds including Joel Spolsky (CEO StackOverflow), Håkon Wium Lie (Inventor of CSS/CTO Opera Software), Rasmus Lerdorf (Inventor of PHP), Ire Aderinokum (Head of Technology, Big Cabal), Sanja Bonic (Head of Analytics, epunkt), Peter Sunde (Co-Founder of Flattr and The PirateBay), and John Romero (Co-founder of id Software) speaking on a wide array of topics around web & mobile development, artificial intelligence, IoT, virtual & augmented reality, game development, and big data. With loads of workshops and training sessions to attend as well as plenty of cool startups and well-known companies to visit, there's something here for devs of all types.

Leading up to the event, I was allowed the chance to interview Harry Roberts, a CSS consultant, writer, and speaker that heads up csswizardy.com. He was gracious enough to correspond with me via email during his busy travel schedule, offering us a glimpse into his work as a front-end dev. 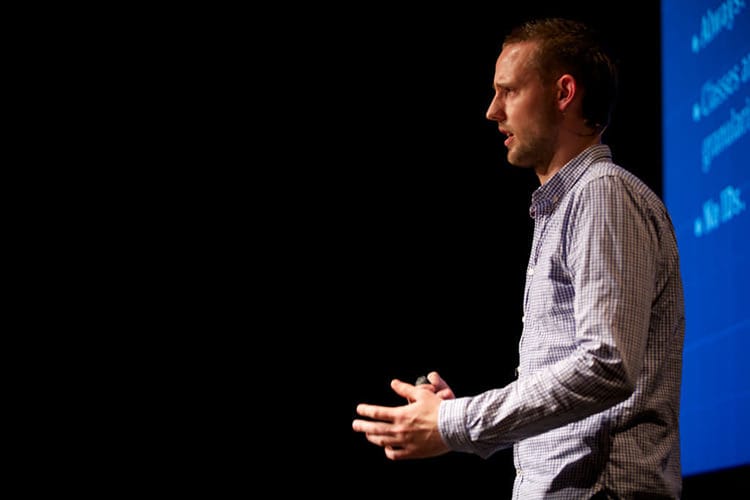 Harry Roberts, on stage at beyond tellerand. Photo by Stefan Nitzche.

DZone: Can you start off by briefly telling us a bit about your history as a developer—how you first got into programming and where you first got your feet wet as a professional? What initially attracted you to CSS and what still keeps you interested today?

Harry: I got into web development sort of by accident when I was about 15 or so. A friend and I really wanted to be graphic designers when we grew up, so we started doing logos and flyers and stuff for local businesses. After a few early (small) successes I decided that we should probably have an online presence. I bought a domain and decided to learn how to write HTML and CSS, and it kinda stuck from there—I decided to move away from design and toward development and then began looking into getting a job in the field. When I was 17 I went for an interview at a renowned web design agency in the city and got the job! I started working for that company a few days after my 18th birthday, and have remained on the front-end development path ever since.

I think the thing that attracted me was the fact that CSS was the actual bit that got stuff on screen—you could see the fruits of your labor. As I matured in my career though, my focus moved away from the design side of things and more toward the performance and scale field, which is something that CSS plays a key part in.

You have made a career around CSS consultancy with csswizardy.com. What initiated your decision to start up your own brand around CSS and what’s the most important thing you’ve learned since you started?

It was actually a culmination of many different things, but I suppose some of the key things were:

The most important thing…? That’s hard. I don’t think there is one key thing, but one thing that springs to mind is that it is so vital to have equally good non-technical skills—the ability to act as a professional entity, to be able to discuss things with non-technical stakeholders, to be personable and approachable. You have to be good at your job, yes, but you also have to be a nice person to work with. My people- and social-skills have really matured since I began working for myself, and I love it.

What’s the coolest project you’ve ever had the chance to work on with a client? If you don’t want to play favorites, we can simply say what’s a noteworthy project, haha! :-)

Oh wow. Coolest? Well, I’ve worked on a real variety of things in the past 3+ years, so it’s like comparing apples to oranges, but I did get to work for the United Nations which I still can’t quite believe! At the moment, I’m getting to do some really hardcore performance work with a huge European client which is challenging and exciting, and just a lot of really nerdy fun.

I did some work with Adobe earlier this year which was cool, but mainly because they’re such a fun team!

I’m actually quite glad this question is difficult to answer: all of my clients have been wonderful and most of them definitely have become friends. I’m so lucky; every project and person I’ve worked with has been great. And I actually, sincerely mean that.

Are you currently contributing to or following any interesting open source projects? Are there any lesser-known projects which you think deserve more attention that you’d like to give a shout-out to?

Not very intently. I have my own OSS work on inuitcss, but that’s actually being handled by a great team of developers from across Europe. They’re a really good bunch, and they take great care of the project.

It’s not OSS in the traditional sense, I suppose, but I think Pat needs way more attention and credit for his work on WebpageTest. It’s absolutely one of the most useful tools in my arsenal.

Is there any particular piece of advice that you’d like to share with the CSS and front-end devs out there?

What’s your favorite or the coolest CSS hack you’ve discovered?

Hmm. I can’t think of a favorite hack (feels like a bit of an oxymoron!) but one of the more interesting and useful ones is the ability to hack specificity:

Those can be really valuable when working on legacy projects, and also prevent you from needing to reach for !important.

How about any great tools or resources for CSS specifically, found anything that you think is worth sharing with us?

Definitely Parker! It’s a fantastic little static analysis tool built by a woman from a city close to mine. I use it all the time when auditing or refactoring codebases. If you’re interested in getting the most out of Parker, I got you covered.

Speaking with Yassee Mohebbi, Lead UX/UI Designer from the DZone Software side and a dev that works with CSS regularly, she pointed out that for security reasons, mostly, emails have to be coded and styled in a very particular way to make sure they appear uniform across all browsers and platforms. And, I’m just going to quote her here because it’s her question and she asked it in a great way: "So, if I were to shoot him a question on that, I guess I'd ask how he feels about the matter—does he think things will change with email CSS & coding soon? Should web devs learn all the ins and outs of how it works now and expect that to stay the standard? I think coming from a design perspective, I'm curious to know if email designers should kind of get used to how it is and be designing for those email-related shortcomings, or to continue innovating and hope for an improvement soon."

Honestly, I try to keep well clear of HTML emails. They’re absolutely awful things to code up, and I do my best to avoid it. There are no standards, email clients don’t really have versions (e.g. Gmail 3.34.193), none of them have preview versions (like Chrome Canary or Safari Technology Preview). They. Are. Evil. If we have to design for email, keep it simple, and assume that the email clients will dictate what is possible and what isn’t.

However, Mark Robbins gave an absolutely amazing talk about email development at CSS Day in Amsterdam last year. Prepare to be astounded.

DZone is a collaborative community of devs and software professionals from all over the world. Looking at the WeAreDevelopers speaker line-up and overall agenda, it seems to be a conference that is right up our alley. What attracted you to want to participate in this conference in particular?

Quite a number of things! One, it’s in Austria and I love Austria! Secondly, as you say, the breadth and diversity of such a large event is quite a big pull. I have a feeling that attendees will be exposed to a lot of varied and interesting topics. It’s certainly a lot larger than a lot of events I’m used to attending.

Speaking of the speakers at WeAreDevelopers, I couldn’t help but notice that you’re in the company of Håkon Wium Lie, inventor of CSS. So, how does it feel to be on the same stage as the original CSS wizard? :-) And, if you could ask him one thing about his work with the language, what would it be?

Jeez, I’d never really ever paused to think about this. It’s gonna feel pretty interesting; I mean, he invented the thing that keeps food on my table and a roof over my head! I’d probably just thank him for taking the time and consideration to build such a future friendly language. CSS gets a lot of hate because it’s very loose (or not-strict, I guess), but people forget that that’s one of its core principles—approachable, accessible. It's a testament to the language’s design that we can do so much with it over 20 years later.

Lastly, can you give us a tl/dr for what your talk is going to be about at WeAreDevelopers?

Err… I’m not actually even sure yet! It’s either going to be about refactoring (CSS) or performance (front-end). I need to work out which one!

Thanks for the interview, Harry! 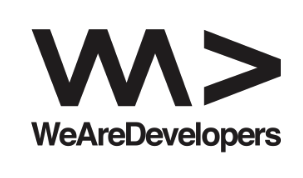 Stay tuned for my next interview with the famed game developer, John Romero, who will also be speaking at the event. And, if you want to stay up to date, make sure to check out the official Twitter page for the WeAreDevelopers conference.  #WeAreDevs