Data privacy and protection are two imperative aspects for all businesses today as they could be prone to security breaches. Many small and medium organizations tend to ignore application security as they believe only large enterprises are targeted by hackers. However, statistics tell a different story, 43% of cybercrimes happen against small businesses.

There are several reasons behind a cyber-attack against these organizations; from old, unpatched security vulnerabilities to malware or human errors which make take them a lucrative target for attackers. So, ignoring Cyber Security can bring you on the radar of hackers even if you are a startup.

If you closely look at the current cyber threat landscape you will be surprised to know that 90% of web applications are potential targets of the attackers. This indicates that businesses need to implement security best practices to protect their applications and assets from future threats.

There are several security standards and online communities such as OWASP and NIST that work hard to produce freely available articles, methodologies, tools, and documentation that can help organizations strengthen their IT environment and safeguard from security breaches.

To support with facts, here are some chilling stats that will give an idea of how these cybersecurity threats impact an enterprise:

As cybercrimes are showing no sign of slowing down any time soon, organizations must take precautions to avoid perilous situations. The million-dollar question is, what can organizations do to keep attackers away from compromising sensitive and confidential information?

The answer to this question is simple: A Proactive Cyber Security Strategy to protect an organization’s assets such as web applications, information systems, and servers.

In this blog, we will list and discuss the top 5 web application security threats, and then some of the best security practices to protect your web applications against evolving cyber threats.

Injections flaws allow an attacker to insert malicious code in another system such as an interpreter using an application. In simple terms, if your web application allows user input to be inserted into a backend database, shell command, or calls to the operating system, then your application may be susceptible to injection flaws.

However, these types of flaws can be uncovered by examining the source code of the application or by conducting a thorough pentest of the application. The most common type of injection flaw is SQL Injection, which involves inserting malicious code in SQL queries via user-supplied input and targeting backend database servers.

In addition to SQL Injection, there are LDAP Injection, XML injection, XPATH Injection, OS Command Injection, and HTML Injection. These threats can be prevented by properly sanitizing user-supplied inputs. For more information on the prevention of injection flaws, refer to this article.

Broken authentication is another common vulnerability that is caused by poorly implemented authentication and session management controls. If an attacker is successful in identifying and exploiting authentication-related vulnerabilities, they can gain direct access to sensitive data and functionality.

The goal of the attackers to exploit authentication vulnerabilities is to impersonate a legitimate user of the application. Attackers employ a wide variety of techniques such as credential stuffing, session hijacking, password brute force, Session ID URL rewriting, etc., to leverage these weaknesses.

These attacks can be prevented by implementing strong session management controls, multi-factor authentication, restricting and monitoring failed login attempts. For more details on prevention, refer to this article.

There are a range of vulnerabilities that can be classified as sensitive data exposure, and most of them involve accidental exposure of sensitive information. This may be due to issues such as weak or no encryption, software loopholes, or someone mistakenly uploading data to an incorrect database.

Some of the major attacks which result in the exposure of sensitive data are SQL Injection, broken authentication, and access control, phishing attacks, or network-level attacks such as data transmitted using clear text protocols HTTP, FTP, and SMTP.

The primary measure to defend web applications against such issues is by thoroughly reviewing application source code and the IT environment, particularly on the usage of secure cryptographic algorithms.

XML External Entity injection (popularly known as XXE) is a web application vulnerability that allows an attacker to interfere with an application processing XML data. This attack can lead to various issues such as denial of service, data exposure, server-side request forgery, etc.

These issues with XML can be prevented by implementing server-side input validation, patching, and upgrading all XML processors and by analyzing the source code preferably using SAST tools.

This often leads to unauthorized information disclosure, modification or destruction of data, and the performance of a business function that deviates from its intended use. This type of issue can be prevented by enforcing a strong access control mechanism in trusted server-side code or server-less API, where an attacker cannot modify or bypass the access control checks or metadata.

7 Best Web Application Security Practices That You Must Consider

Given the cruciality of web applications in today’s fast-evolving and highly competitive business environment, the following is the list of web application security best practices to help organizations stay ahead of the attackers. 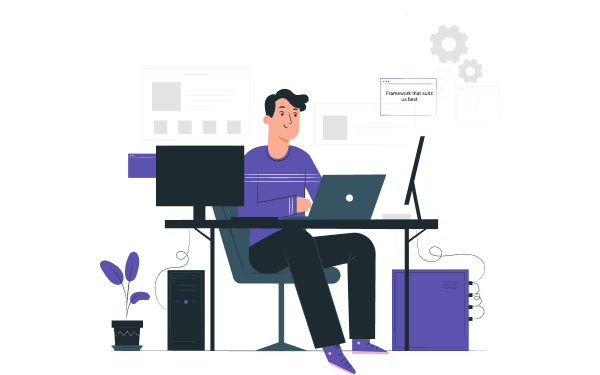 A cybersecurity framework is a series of documents and guidelines defining the best practices an organization follows to manage its cybersecurity risk. Such frameworks help to reduce a company’s exposure to vulnerabilities.

When it comes to a strategic approach towards web application security, make sure you adopt a cybersecurity framework that considers all the areas vital to your business. Consider existing security standards prevalent in your niche expertise and the industry and prepare a detailed plan for your organization that includes security policies that will work best for you.

2. Track Your Assets and Perform a Threat Assessment 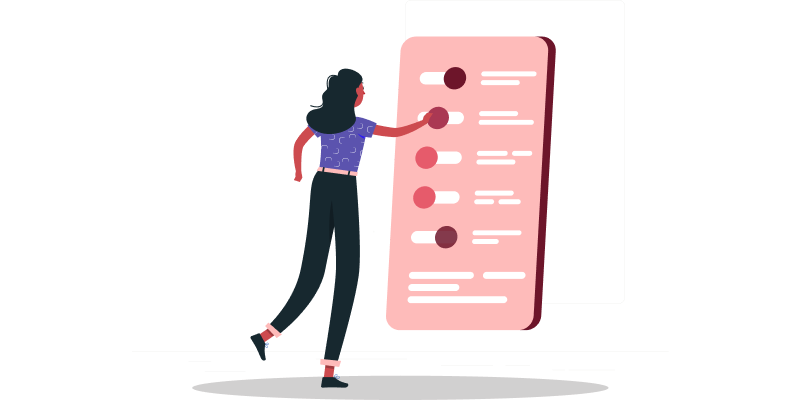 Most businesses today operate online and deal with various web assets such as web applications, websites, web services, API, and cloud-based software systems (SAAS). In their IT environment, they communicate with various software systems, internal and external, consequently exposing their functionality to multiple interfaces.

Due to this, asset discovery is a crucial step in implementing cybersecurity programs for such organizations. This step helps them to find the web assets so they can make informed decisions on exactly what needs to be secured.

Once the list of all important web assets is created, they can begin performing a threat assessment to identify potential threats against applications and formulate a mitigation plan. 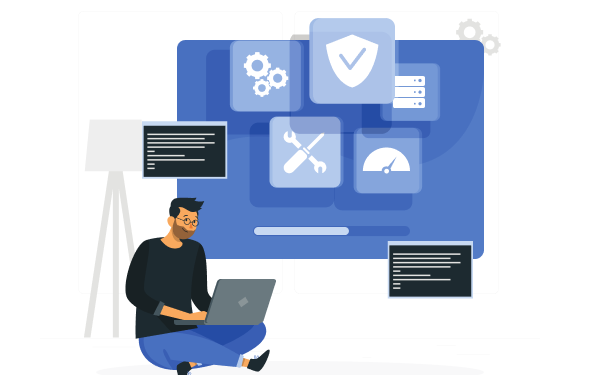 According to the software engineering institute, about 90 percent of software security problems are caused due to defects in the design or the code of the software. Secure coding standards are important as they help to ensure that the software or application is protected against security vulnerabilities.

The primary focus of developers is laid out to make the application work, however, ignoring secure coding standards would result in creating an avenue for security loopholes.

Introducing security at an early stage of the SDLC will save a lot of time and effort later in plugging security loopholes in the testing and rollout phases. OWASP Secure Coding Practices and the SEI CERT Coding Standards are two of the popular secure coding standard available today. 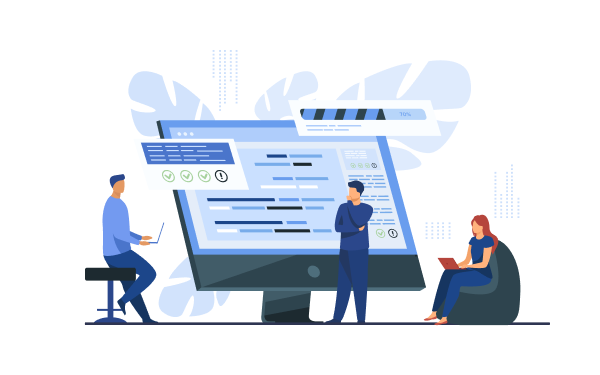 WAF basically acts as a shield when placed between web applications and the internet by allowing access only to legitimate users while blocking malicious requests. Also, professional versions of web security scanners such as Burpsuite pro or Acunetix should be considered. These scanners will help to quickly scan web applications and identify potential vulnerabilities.

5. Automate as Much as Possible 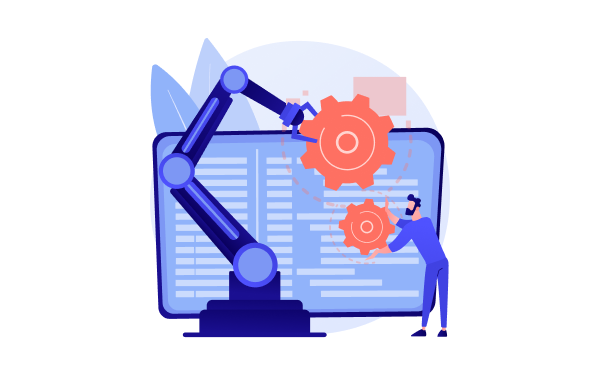 There are several tasks that are repetitive and capacious such as web application scanning, signature/behavior analysis, and DDOS mitigation. Automating these tasks in the application development process would save a lot of time and effort and can also prove to be more effective if implemented appropriately.

When automation is coupled with the expertise of security professionals, web application security can be reinforced. 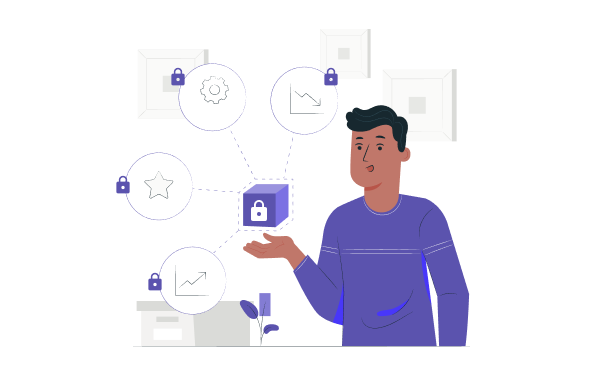 Encrypting the web content using HTTP over the Transport Layer Security protocol has been around for 20 years. However, in recent years running a secured web server has become an absolute necessity rather than being an optional thing.

HTTPS encryption provides a certain degree of assurance for maintaining data integrity between the users’ browsers and the servers. It has become a prerequisite for most browsers nowadays.

When users connect to a website, for e.g., an internet banking application using HTTPS protocol, the browser establishes a secure TLS session. Meaning, the request and response between the browser and the server are encrypted.

However, if a web application is using clear text HTTP protocol for communication, anyone having access to any network segment can view the contents of your web surfing. This breach is called a Man-in-the-Middle attack.

Hence, it is a good security practice to adopt cryptography to maintain the confidentiality and integrity of sensitive user data. 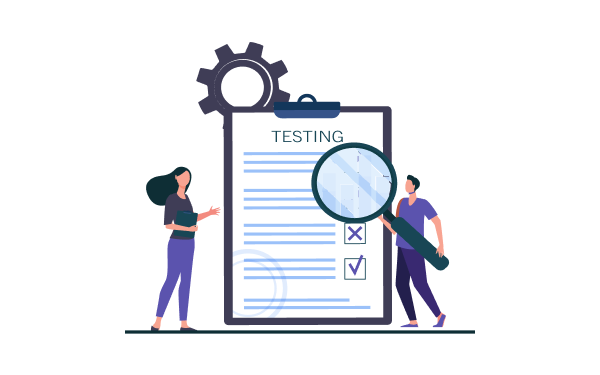 Pen testers are experts at determining how an attacker/hacker may try to break the application. Thus, they scan through all possible entry and exit points, including the source code, database, publicly available sources, and back-end network.

We have now discussed several important points that a business must consider to ensure the security of web applications. In addition to those, it is extremely important that employees are educated about the latest threats and trained on how to identify and prevent them. This way, threats can be fixed in the early stages.