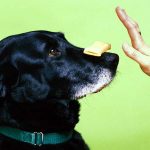 when we think of training robots, i suspect the default thought turns to the kind of machine learning that involves huge datasets and the machine rapidly sifting through that data to gain a level of expertise that allows it to do an effective job.

in reality, however, it’s likely that the kind of robots that might find their way into our homes will have a generic skill-set that will then be tailored to the needs of their owner.

a team from washington state university believe that this customization training can take some lessons from the way we train animals.  they suggest this is a useful approach as it doesn’t require any technical skills on behalf of the trainer.

“we want everyone to be able to program, but that’s probably not going to happen,” the team say. “so we needed to provide a way for everyone to train robots — without programming.”

teaching your robot to sit

the team developed an application that allowed people to train their virtual robot in much the same way that you would train a pet.  the robot had even been designed to look like a virtual dog.

the study saw feedback delivered to users at varying speed to try and reflect the way we (and animals) learn at different speeds. so a slower response may be indicative of a lack of understanding, which would allow the trainer to offer more, or better, guidance.

“at the beginning, the virtual dog moves slowly. but as it receives more feedback and becomes more confident in what to do, it speeds up,” the authors say.

the more feedback that was received, the better the robot became at predicting the appropriate course of action in future.  interestingly, the algorithm developed by the team attempted to take account of the implied meanings behind a lack of feedback.

the project has recently evolved from virtual training to educating a class of physical robots, and there will be attempts to improve the training process itself.  it should prove an interesting project to follow.