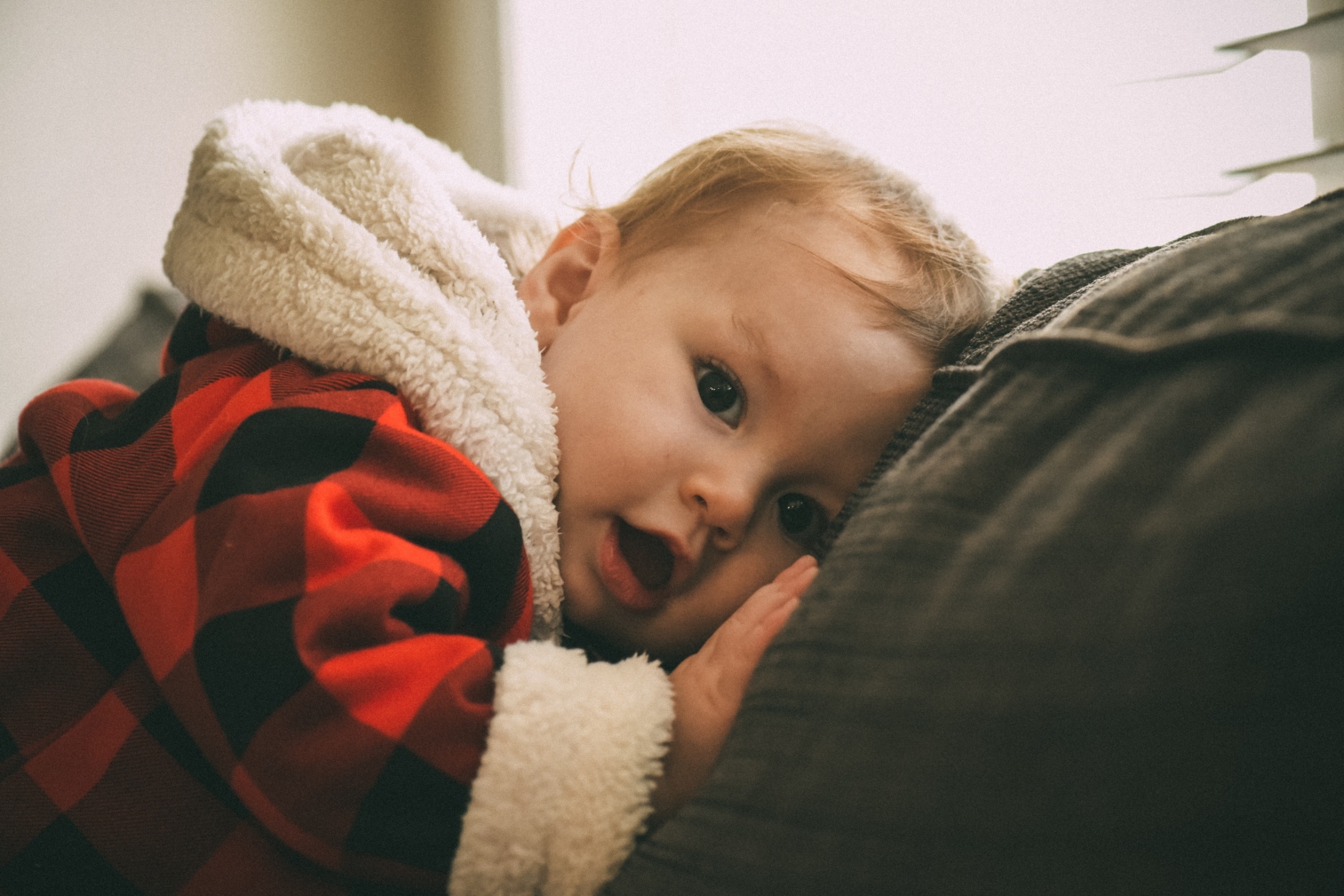 This adorable child has clearly taken a nap today.

In April, my wife Nicole ended up having shoulder surgery to repair a torn labrum, frozen shoulder, and a nearly detached bicept. As a result of this procedure and recovery, she currently isn't able to rock our son before his naps. Since I work from home a majority of the time, this task has fallen to me each afternoon.

From my experience, toddlers maintain the urge to fight nap time, regardless of their level of fatigue. In fact, the more exhausted they are, the worse the struggle. After some amount of time, though, the resistance gives way to acceptance. He is not in tears or upset, just resisting taking a much needed break from an already long day.

All of sudden, the whining sounds cease and are replaced with a heavy sigh as my precious toddler drifts off to sleep.

During that brief period between nap time starting and my son being to the point where I can put him in his bed, I started thinking about what lessons can be learned from resisting taking action on something that is really needed. And of course I couldn't help but think about how much we all do this in the IT world.

As non-toddlers, we appreciate the opportunity to take a nap. For most of us, this is reserved for either a lazy weekend or holiday. I often think about that scene in National Lampoon's Christmas Vacation where the grandparents are crashed out hard while watching the Macy's Thanksgiving Day Parade while celebrating the holiday. (Interestingly, this is actually a mistake in the film, since the parade would have been held weeks earlier during Thanksgiving weekend).

As adults we realize that taking time to rest in the middle of the day will make the remainder of the day better, since we are able to wake up refreshed and reinvigorated. Basically, if we take a second to listen to our body -- and have an opportunity to act on it -- we can take the appropriate action to improve a situation.

But napping obviously isn't the only thing we IT folk can do to improve a situation (though wouldn't it be nice if we could nap on the job??). What follows are some parallel moments that I think we can (and absolutely should) apply this nap-logic to:

If you really want to improve a project at work, "appreciating the moment" may be just the ticket.

It is easy to be part of a project team, receive a flurry of tasks to complete, and focus on getting them finished in order to move on to the next task or project. However, when unexpected items delay that predetermined mindset, one can be taken off guard or even become defensive with additional tasks being required. To me, this is similar to my toddler son resisting nap time.

The individual may feel ready to move on to something else, but this new set of tasks have become an obstacle that needs to be taken care of. My toddler son has plans to keep moving and playing, but his body is really due for an afternoon nap.

As professionals, I believe we need to continue to take time to "appreciate the moment." What I mean here is to take a step back and look at the big picture of the solution being provided. Recognize the value that is being provided as a collective, and appreciate being a part of the entire effort. Just like a nap will make things better for the remainder of the day, that new set of unexpected tasks will lead to a better solution for the customer.

Technical debt is another parallel to naps and can range from very low complexity to a significant effort to resolve.

Perhaps the technical debt at large is related to an installed framework that has become outdated or not on a current version. Looking back, consider the issues that Equifax encountered as a result of failing to keep their Struts framework up to date.

(Side note: I actually wrote a few articles about the Equifax situation:

If the team responsible at Equifax was allocating a portion of their time to focus on minimizing technical debt from the start, the public-relations nightmare from the ensuing data breach could have been avoided. And, you know, millions of people wouldn't have had their data compromised.

Instead, though, the Equifax team resisted or ignored the responsibilities that every professional must maintain on some level.

Consider the medical professional that prefers to use what he feels are tried-and-true methods rather than newer, less invasive ones. Perhaps a surgeon who opts to perform precancerous lesion and some form or nerve surgery without the assistance of light amplification by stimulated emission of radiation (LASER) surgery. When an error from the manual approach occurs, all critics would certainly seek information on why the mainstream LASER methodology was not employed.

As a kid, I remember thinking that the idea of an afternoon siesta was a waste of time. I mean, I had a lot of things I wanted to do and stopping to nap was not one of them. Maybe this was a carry-over from when I was also a toddler?

As an adult, though, I have to say that naps are just about the best thing ever. In fact, just today I enjoyed a morning nap (thank you, Nicole) after enduring a long night attributed to the pains of a toddler teething. Basically, I took a moment to listen to my body to understand what was needed. I was so glad to have the opportunity.

This is no different in our careers, too. We should always take time to understand what items we are neglecting and put a plan into place to reduce such items before they lead to an unfortunate situation. At the same time, taking time to reflect on the bigger picture can help us with the frustrations that can accompany change or an unexpected task load.