The world has come a long way from maintaining hardware in a big room full of servers to running CPU and memory-intensive applications in just one click. One of the main purposes of this transition is to enable developers and system engineers to concentrate more on applications and programs rather than maintaining the underlying infrastructure. The shift toward serverless computing is happening rapidly, and many tools and technologies have emerged to help. AWS, for one, has been consistently releasing new features to help users move toward serverless computing and virtualization — Lambda being one such example.

The History Behind Amazon Firecracker

AWS launched Lambda to run user applications or scripts in a serverless manner. Lambda executed functions without any overhead simply and efficiently. The introduction of AWS Fargate, which runs containers, further stressed on serverless architecture. Firecracker was developed using the language Rust as a way to enhance the backend implementation of AWS Lambda and AWS Fargate. Firecracker was developed with the goal to provide high security, isolation, flexibility, and an efficient run-time environment for Lambda and Fargate services. 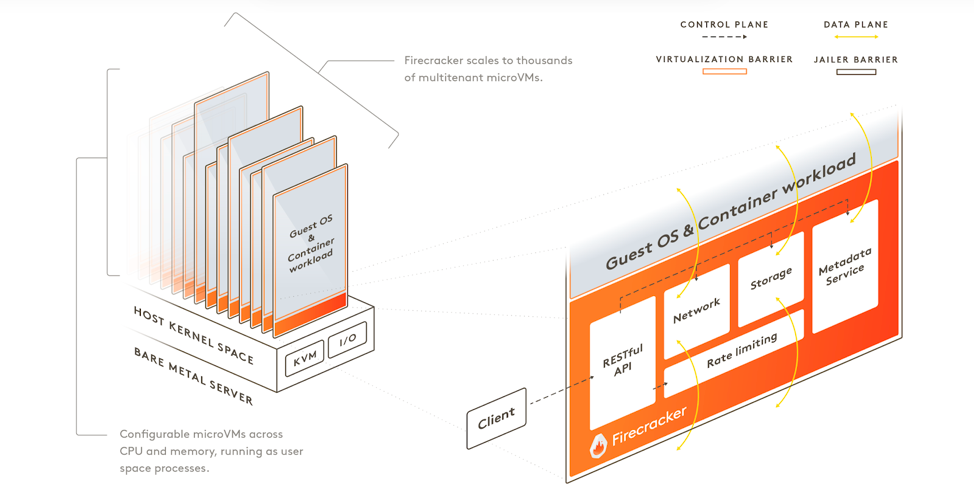 What Does Firecracker Mean for Serverless Computing?

Firecracker is a virtualization technology that uses a Kernel-based Virtual Machine (KVM) that helps to run different customers’ workloads on the same machine. With isolation similar to traditional machines, Firecracker ensures security and efficiency. Firecracker is licensed under Apache 2.0, making it an open source tool that encourages contribution for further improvements.

Published at DZone with permission of Swathi Harish . See the original article here.