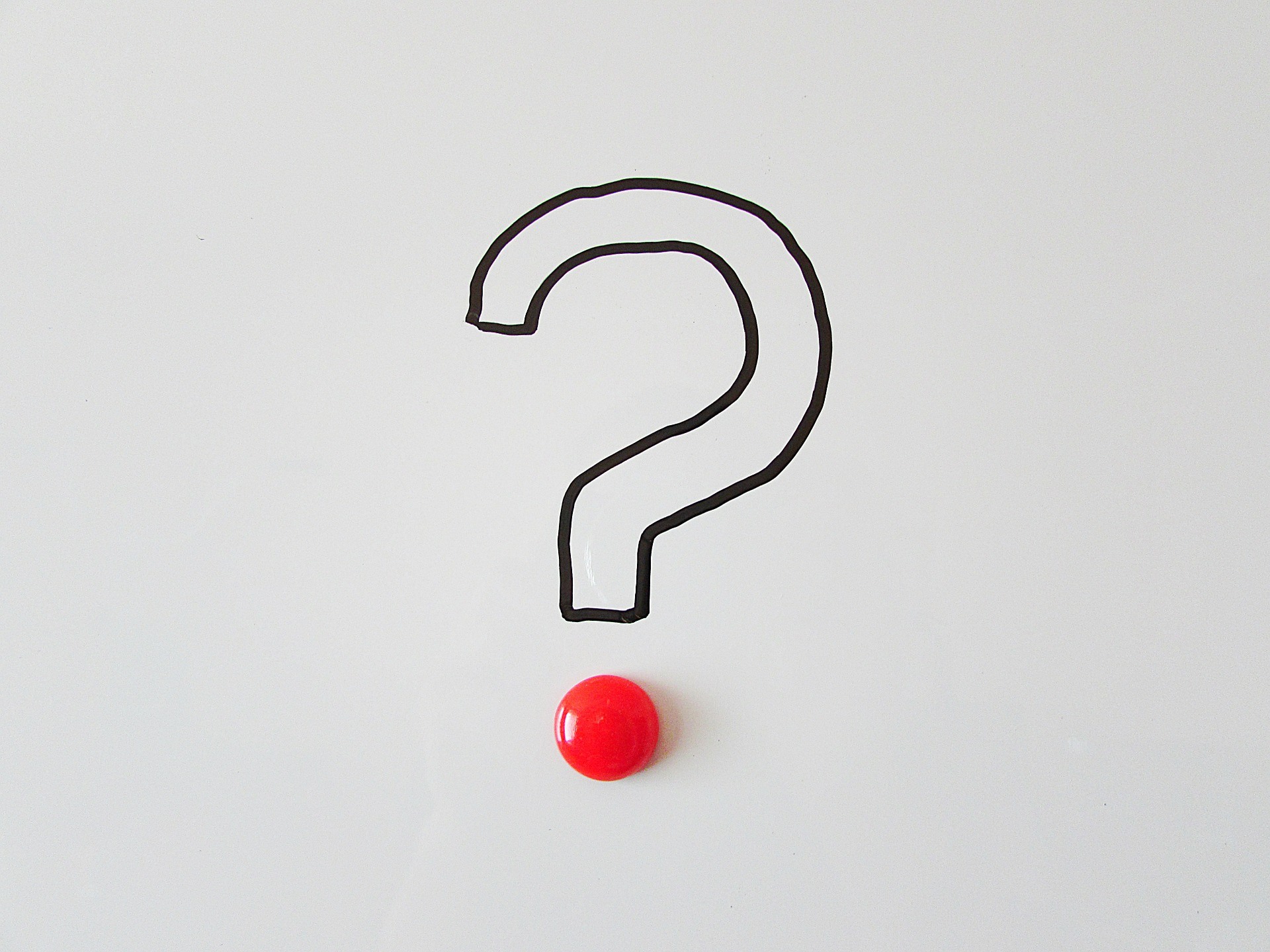 You have the questions, we have the answers

When the application doesn’t work, nobody wants to hear the phrase “the problem is on your side” from colleagues. As a result, users suffer and the client is unsatisfied – and they don’t care which part of the team is responsible for the breakdown. In the past, there was a barrier between developers and IT operators (admins). It sounds paradoxical, but they had different goals, although they worked on the same product. The development goal is to implement business requirements as quickly as possible and add them to a working product. Admin is responsible for so that the product works stably – and all the changes put stability at risk. So, there is a conflict between them that DevOps has appeared to solve.  DevOps culture came just to bring development and IT operations together and unite them in common responsibility for the final product.

You may also enjoy:  DevOps: Culture and Process [Guide]

The history of DevOps begins with its definition. DevOps is short for Development Operations, and in fact, it is not the name of a profession. This is a culture or a technique. The DevOps philosophy arose in 2008 and was designed to solve the accumulated problems. A lot of companies saw a problem in the interactions of development and operation teams. The developers thought that if the code was launched locally, then there is no problem – you can run it in production. If problems still arose, then the operation team said: “Yes, these are problems with the code, so blame the developers!” Because of this approach, product releases were constantly delayed and the quality of the final product often suffered. It was also strongly affected by the fact that a lot of changes were rolled out in one release and it was very difficult to figure out what caused the production problems.

DevOps was supposed to be the link between the development team and the operation team. The main idea of DevOps culture is that the responsibility for the final result lies with each of the team members. The most interesting and difficult thing in DevOps methodology is to understand that a particular person is not just responsible for his stage of work, but is responsible for how the whole product will work. The problem is not on someone’s side – it’s a common one, and each member of the team helps to solve it.

As with any culture or methodology, ranging from Pedagogics to Information Technology, DevOps has principles which are considered to be the ground of DevOps.

Principle 1: Activities Must Be Customer-Centric

Invest in products and services that will ensure maximum customer satisfaction. You need to develop short feedback cycles with customers and end-users, as well as activities in the spirit of continuous innovation.

Principle 2: Focus on The End Result

This principle means a refusal of a waterfall approach and process-oriented models in which each unit and employee performs only a specific role/function without understanding the full picture. Companies need to act as food companies, clearly focused on creating products that will be delivered to real customers, and all employees must be present in these products.

Principle 3: Responsibility from Beginning to End

Teams are responsible for the entire product life cycle, from the concept stage to decommissioning.

Teams must be completely independent throughout their entire life cycle which requires a balanced set of competencies of team members and wider, T-shaped profiles of specialists. Teams become a place for personal development and growth.

It means constant adaptation to changing circumstances (customer needs, legal requirements, new technologies). Reduction of losses, optimization of speed, costs, simplification of delivery and continuous improvement of the offered products/services are things you should be oriented to.

Principle 6: Automate Everything You Can

DevOps process flow consists of a heavy emphasis on automatization and continuous work on product quality.

DevOps practices are strategies to help the development team to automate a lot of processes from the workflow. Development and operations don’t involve the planning but are useful in other stages of project lifecycle. Let’s go deep into DevOps practices below:

Continuous integration is a key component of Agile development. The basis of this practice is the constant entry of code into the central repository after the successful launch of tests. The main goals of continuous integration are to find and fix potential problems as quickly as possible, improving the quality of software and reducing the time for releasing updates.

Before continuous integration became widespread, developers usually worked in isolation, and only at the end of work they combined their achievements. Sometimes it was a very laborious and lengthy process.

With continuous integration, developers often upload their changes to the central repository, performing unit tests before that. Then the version control system automatically checks the code for possible safe integration with the existing repository. At the same time, there is a constant receipt of the code, which facilitates testing and minimizes possible risks.

After the build is done, it needs to be checked. This can be done most quickly using automated tests. Various tools are used for this unit, UX, and integration tests. The main condition is that they shouldn’t require human participation. Using auto-tests, we immediately get information about any errors in our build, and right away we can begin to fix them, without waiting for the results of manual testing.

In most cases, continuous delivery is a series of practices designed to keep software updates almost constant. These methods guarantee rapid deployment to production without changing existing functionality. Continuous delivery is feasible due to various optimizations in the early stages of the development process.

The developer, having made some feature, sends it to QA engineers for testing. It is easier for testers to thoroughly test a small new functional and write test cases for it. Once all the checks have passed, the new feature gets further tested by auto-tests and then into the release branch in the version control system.

Continuous delivery delivers every functionality to the business gradually. This allows you to immediately get a response from the client and, if necessary, make some changes.

Continuous deployment is often confused with continuous delivery, although there are clear differences between them that you should know and understand.

As mentioned above, continuous delivery ensures the constant release of updates to users. And continuous deployment is ensures all the new functionality after testing immediately gets into the main program without the manual intervention of DevOps engineers.

The same Docker is designed for continuous deployment. DevOps engineers can update containers and deploy them immediately on production in automatic mode. This process is the key to continuous delivery, as the whole process may take only a few minutes.

Continuous deployment doesn't always make sense. Using feature toggling negates all the benefits. You should always proceed from the needs of the business and the processes of introducing new functionality.

The Infrastructure as a Code (IaC) model, sometimes referred to as the “programmable infrastructure," is a model by which the infrastructure configuration process is similar to the software programming process. Essentially, it marked the beginning of breaking the line between writing applications and creating environments for these applications. Applications may contain scripts, which create and manage their own virtual machines. This is the foundation of cloud computing and an integral part of DevOps.

Infrastructure as code allows you to manage virtual machines at the software level. This eliminates the need for manual configuration and updates for individual equipment components.

Infrastructure becomes extremely “resilient,” that is, reproducible and scalable. One operator can deploy and manage both one and 1,000 machines using the same set of code. Among the guaranteed benefits of infrastructure as code are speed, cost-effectiveness, and risk reduction.

What Tools Are Used in DevOps?

Although the success of DevOps is largely dependent on basic cultural changes, tools also play an important role. Here is a shortlist of tools that are typically used in the DevOps environment:

What Are the Benefits of DevOps?

Many well-known companies and enterprises, such as Google, Youtube, and Amazon believe DevOps methodology and grow their businesses efficiency and lucracy. You also can adopt this philosophy and get such benefits:

DevOps brings people, processes, and tools together to transform an organization into something united. A successful transition to DevOps is a company-wide movement, starting with top-level management and going down to the lower-level staff. You’ll have to make sure that the developers and operations staff are aware of the benefits which the organization will acquire when they are combined into interfunctional groups.

To facilitate the cultural shift, incentives need to be changed. The most effective incentive model is to reward cross-functional teams for improving customer perception, while minimizing losses from failures for the organization.

In some organizations, developers are asked to respond to calls so that they can better understand operational tasks. In some, they are trying to accelerate the cultural shift by distinguishing the “stars” that motivate the rest of the group among the developers and operational staff. In the rest, they find leaders which help smooth the transition to DevOps.

Multi-Programming Solutions has already adopted DevOps culture and practices into the working process and can prove the help in collaboration improvement at any stages of project lifecycle. We use DevOps practices and tools because we made fruitful conclusions based on our experience and achievements.

What is DevOps? The Beginner's Guide