we all know that the angular version 5 was released a few weeks back, aren’t you eager to know what's new in angular 5? what helps make development easier? well, here in this post i am going to discuss a few updates in angular 5. by saying that, i will not be discussing all the items which have been released with this version. here, we will also be checking how to create our first angular 5 application. so at the end of this article, you will have your own sample application with you. cheers for that. i hope you will like this article.

you can always clone or download the source code here .

as i mentioned earlier, this post is going to give you an introduction to the changes or updates in angular 5. the application we are going to create is a basic angular application with the help angular cli and npm (node package manager). so if you have not installed node.js on your machine, please go ahead and install it from here . now let’s see the key updates in angular 5.

what is new in angular 5?

though there are quite a few updates, i would say more concentration was given to the area of performance and efficiency. below is the list of key area updates.

aot stands for ahead of time compiler, what it does, as the name implies, is to convert all of our typescript codes to native javascript code to make sure that it will be supported in all browsers. the same was being done by just in compiler in the previous version, so what's the difference? aot converts the code before it runs in the browser, whereas jit converts it at runtime. hence the page renders faster.

as i mentioned earlier, the development team was concentrating more on the performance aspects of angular 5. two of such improvements are:

there are some updates in a few packages, and some of them are:

there are some changes in some modules as well. the new httpclient module is faster and lighter than the previous version. hence the old http module has been deprecated, however, you can still use the same in your applications, it is just that this old module will vanish in any future updates. the new module can be imported as below.

there are some other updates related to many modules and categories. a few of them are:

sorry that i am not including any code snippets to highlight the actual changes, i will be writing an article very soon with full code changes.

to create an angular application easily, the first thing you may need to do is install angular cli. i hope you had already done it. let’s just jump into the process now.

open your node package manager console and create a directory where we are going to download all the angular files.

now we can move our cursor to that folder.

now we can check whether node and npm are already installed or not.

if it is installed you will get the version, for me it was v7.9.0

by any chance, if you need to update your npm version, you can always do that with the help of the following command.

after i update my npm version, the command npm -v was showing as 5.5.1. so now we are good to go. our next step is to install angular cli, let’s do it.

if you want to check the version of your angular cli, you can use the below command.

the result may look like what i've given below.

now it is time to create our angular project, please use the following command to do so.

here myangular5app is the project name. once you run the command, it will do 3 tasks.

now if you go to your project directory, you can see all the files have been included there already. you can go ahead and open the files in any source code editors.

as the last step, we need to run our application.

the above command will build your application and serve it to port 4200 by default. you may see the following output in the command window.

let’s run our application by running http://localhost:4200 now. i am sure you will get an angular application as follows. 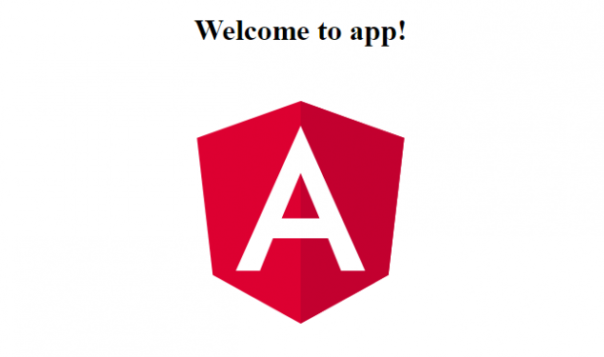 thanks a lot for reading. did i miss anything that you think is needed? did you find this post useful? i hope you liked this article. please share your valuable suggestions and feedback.