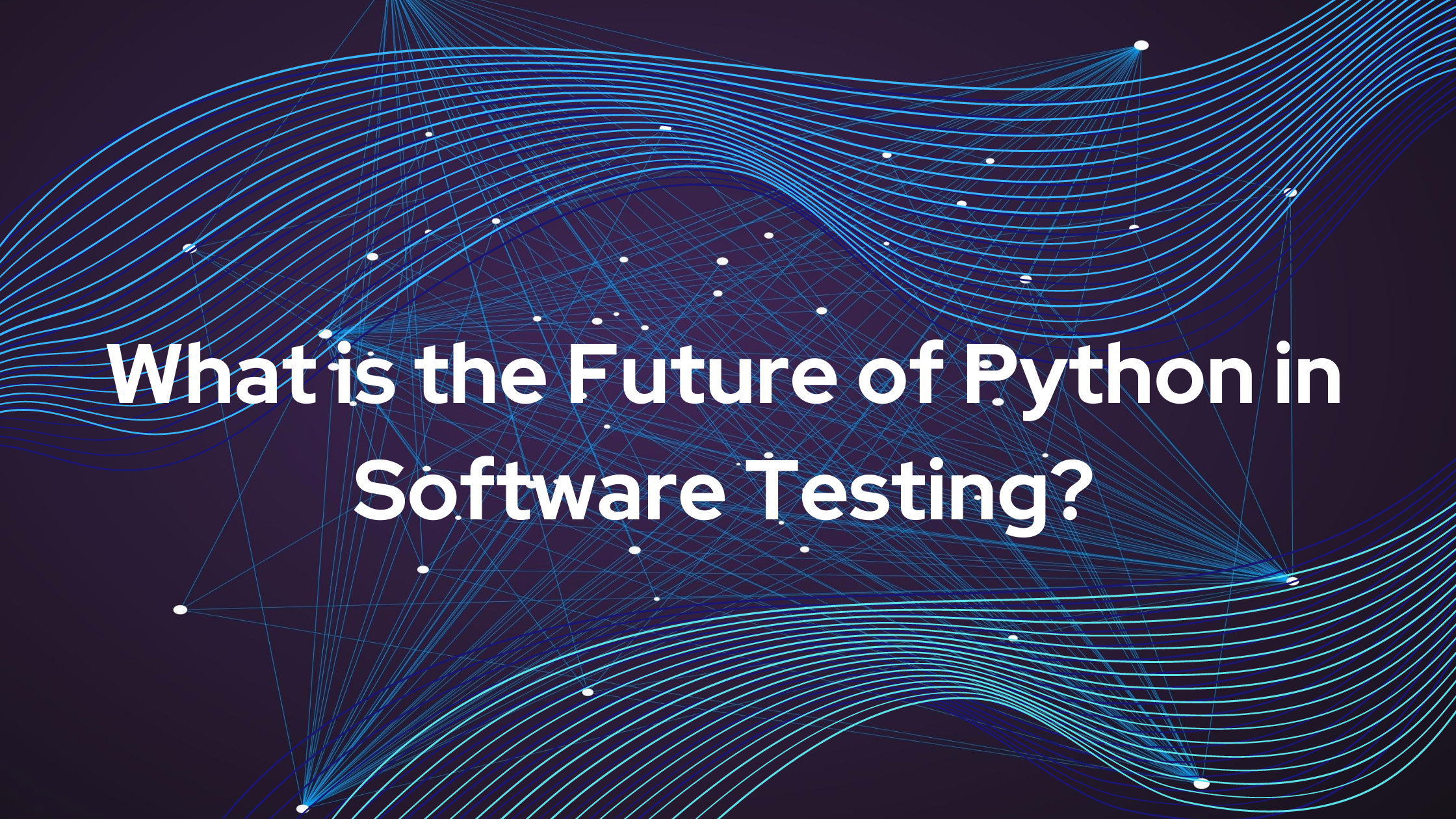 Python might not have bright years in the past years (which is mainly launch in the year 1991) but it has seen a continuous and amazing trend of growth in the 21st century. This stack overflow graph of major programming languages’ growth exclusively depicts the steady progress of the PYTHON!

There are several traits of this programming tool which has provided it with an incredibly successful journey. Python has a main role in the new-edge technologies of current and upcoming times like ML and AI.

Looking at the shining future of these technologies which are heavily assisted by python codes, several people wonder, “Is python the future of programming?”

Some features of Python that can project the reasons why it has become so famous:

The success of Python is reflecting in the Stack Overflow trends, which compute numerous tags in posts on the platform. Given the size of StackOverflow, this is simply a great sign for python language high popularity. 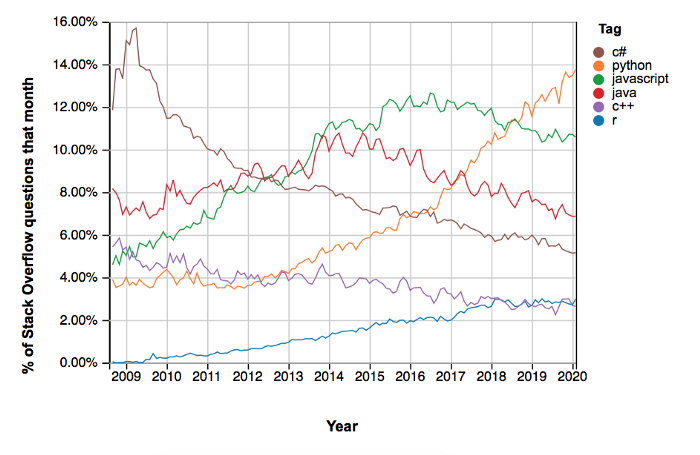 While R language has been mounting over the last some decades, and various other languages like Java, C++ is on a steady decline, Python’s popularity seems unstoppable. Nearly 14% of all StackOverflow queries are tagged “python”, and the buzzing trend is mounting up. And there are several reasons for that.

Undoubtedly, the python language has managed to exceed other languages. Thus, it has an extensive set of prospects that can be taken care of, in upcoming years. There are various companies that are majorly dependent on python language developers to boost user experience. The businesses are working on python experience and skills of the software programmers that allows them to accomplish a lot more. There is a great career prospect when it comes to this language and even a salary scope. Some of them are as follow:

As per the recent study and career research, it was mentioned that there are more or less 40,000 jobs that are completely for python experienced software developers in many countries. Besides, search tags are also higher for python on different platforms. It is said that Data science collaborated with python has a great job and upcoming future taking one to a new edge.

Python and Its Future: Bright or Dull?

This particular has topped the list of a top programming language that straightforward makes it admired among all another language. There is no other language that could compete with it as it is growing at a rapid pace. Applications such as web or game are usually established with the aid of python language only. Therefore, even in the future, it is going nowhere. It is planning to go to a new level with Artificial Intelligence involvement.

Published at DZone with permission of Shormistha Chatterjee. See the original article here.