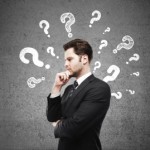 the circumstances and personality traits that inspire someone to take on leadership responsibilities are a frequent source of interest among researchers. the latest effort, described in a recent paper from the university of zurich, suggests that the key is our propensity for responsibility aversion. in other words, our willingness to make decisions that also affect others.

participants in the study were given the choice of either making a decision themselves or passing it off to the group to make. the researchers made sure to distinguish between decisions that only impacted the individual themselves, and those where there were clear consequences for the entire group. as participants made their ruminations, their brains were being monitored using functional magnetic resonance imaging (fmri).

the need for certainty

the researchers went on to test a number of common intuitive beliefs about leaders, including the notion that they're generally not afraid of potential losses or of taking risks. we might think they love being in control or that they're happy to take responsibility for other people.

these are all commonly held beliefs about leaders, but they weren't enough to explain who emerged as the leaders in the study. instead, the researchers found that our propensity to be a leader (or not) was driven by our relative need for certainty about just what the best course of action would be, especially when the decision had an effect on others.

"because this framework highlights the change in the amount of certainty required to make a decision, and not the individual's general tendency for assuming control, it can account for many different leadership types," the authors conclude. "these can include authoritarian leaders who make most decisions themselves, and egalitarian leaders who frequently seek a group consensus."