Whether it's adding a language, porting to a new channel, or redeploying your digital employee to work in another department, being able to use much of the original build not only reduces overall cost but also enables projects to be realized in faster timescales. While some conversational AI products claim to enable development over multiple languages and channels, they typically mean that while it's possible, each new deployment requires a total new build. As enterprises widen their use of conversational AI to expand current projects and deliver new implementations, it's becoming abundantly clear that those businesses able to reuse resources have a distinct advantage. 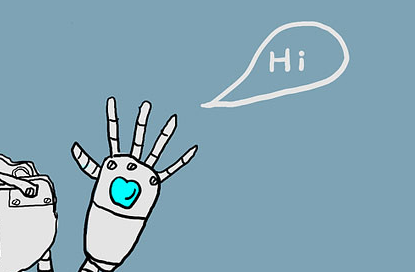 Part of this is because of the way the development tools have been designed themselves, operating more like black boxes rather than a series of modules that can be adapted as operational needs scale. Or, as Gartner puts it, "Through 2020, 80 percent of AI projects will remain alchemy, run by wizards whose talents will not scale in the organization."

This prediction is bad news for businesses already committed to rigid bot-framework-type tools, which may work for point solutions but won't solve the challenges of organizations facing a vast number of digital transformation projects.

It shows a reliance on skills that are already in short supply. It raises questions as to how business users can ensure that what is being built is fit for purpose if they don't have visibility. Not to mention the potential security and privacy headache for the CIO that has no control over the infrastructure. But most importantly, it highlights the importance of scalability.

Many conversational AI vendors will talk about scalability, but they're only referring to existing applications. Few have the ability to take an application and port it easily to another language or channel. Furthermore, even less enable collaborative working, such as allowing developers of one team to reuse dialogue components built by another team.

But scalability even within an application is often limited, taking many enterprises by surprise. It's common to hear of businesses that have built a pilot or proof of concept and are ready to progress to full-scale deployment only to discover that it's not feasible. This is because as they scale up to meet the full specification of the application so the number of intents (aka what the customer wants to achieve) increases and only a few development tools have the ability to go beyond 80-100 intents.

While some enterprise-focused tools do provide some degree of scalability, it's still likely that multiple solutions will need to be built to meet the demands of a global enterprise. And, as explained in The five golden rules for a successful conversational AI application, this brings further issues that must be overcome.

In the next six months, we expect to see wide recognition by enterprises of the need for greater transparency between developers and business users on projects being built, alongside the ability to reuse conversational AI components in order to meet scalability issues more easily.

If enterprises are to meet their key success indicators of increasing customer engagement and productivity through conversational AI, they can no longer ignore the more pressing issue of how their applications can be scaled quickly and easily to meet global business demands.