In the past, nearly every project team had members who all report to the same manager and shared similar job functions. A lot of today's project teams look like that, too. But to quote Samuel L. Jackson, hold on to your butts. Because here comes "the Hollywood effect". 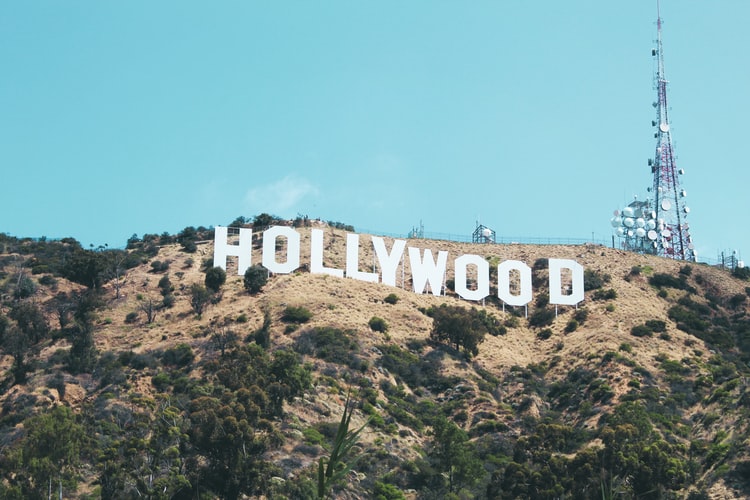 The "Hollywood Effect" in full view.

The name comes from the world of film production. After producers secure funding for a project, they enlist a cross-functional team of collaborators to bring it to life - think set design, makeup, wardrobe, sound, lighting, etc. Costume designers, lighting techs, and gaffers all have separate chains of command within their function (different unions, even) but they share a common purpose: to make the best movie possible. The team is formed specifically for that production and disbands when the project is complete.

Each time you find yourself on an ad-hoc project team, the membership will be different and the challenges you'll face will be unique. As such, the way we go about collaborating needs to evolve if we're going to be as successful in this new world as we were in the old.

You may also like: How Does Leadership Fit Into Self-Organizing Teams?

What Is a Project Team, Anyway?

A project team is a group of people working on a project with a defined start and end. By pulling a dedicated team together, it's more likely the project will complete successfully and on time. Team members might all report to the same manager, although cross-functional project teams that draw from different departments are common. Some team members might be dedicated to the project full-time, while for others, the project represents only part of their job duties.

Whether you're a cross-functional or single-discipline team, defining who-does-what is critical to the success of your project. Don't just make a mental list. Get the team together and agree on who is in each role and what they'll be responsible for. Because wouldn't it be horrible to discover that everyone else thought you were the project lead, when all along, you thought you were a regular ol' contributor? (Not that this ever happens... *ahem*)

This person sits high up on the org chart and probably has the final say over the timeline, budget, and other resources allocated to the project. Typical responsibilities include:

Someone who drives the project and is accountable for delivering it on time. This person handles logistics like planning, tracking, prioritization, capacity planning, and navigating up- and downstream dependencies. Typical responsibilities include:

These are the people who roll up their sleeves and do the work. They should each have a unique skill to contribute, and their specific responsibilities will vary accordingly. Typical responsibilities include:

While not members of the core project team, these people are counting on you because the project will affect their work in some way. Typical responsibilities include:

Connect With Teammates and Establish Norms

Because most bookended projects last less than a year, your ad-hoc team will need to form, norm, and be ready to perform in short order (much like a Hollywood movie crew). The key is to build a shared understanding of the project and its purpose.

My favorite shortcut to that shared understanding is the elevator pitch. In 30 minutes or less, you and your teammates can craft a short statement that describes the project's unique value and who it will benefit. Use this as a template:

For [TARGET CUSTOMER TYPE] who want to [NEED / DESIRE], [PROJECT DELIVERABLE] is a [MARKET CATEGORY] that [UNIQUE BENEFIT].

Write your elevator pitch down and make it visible: hang it on the wall by your desks, use it as the description of your Slack channel, etc.

Connecting on a personal level isn't as quick. Early on in the project, plan to get together a few times (either in person or via video) and chat about things other than work. It's also worth using the first five minutes of meetings for a round of icebreaker questions. They can be as simple as sharing what book you're reading, or your favorite restaurant. Opening up about who you are as a person builds trust.

If the project will run more than a few weeks, consider investing a half-hour to agree on the team's rules of engagement. What is the social contract? What do you expect of each other? Brainstorm ideas together and converge on a set of norms. Expect them to range anywhere from "assume positive intent" to "headphones on = do not disturb".

Cross-functional project teams comprise members who report to different managers, which means their performance may be judged by different - potentially conflicting — yardsticks. It's important to get team members and their managers to buy into the priorities for the project as a whole. By doing so, each team member will feel they have permission to let their traditional priorities take a backseat for a while and let the project's goals come to the fore.

Teams at Atlassian (both cross-functional and single-discipline) often use the "goals, signals, and measures" technique to define the project's objectives and success measures. The trick here is to focus on the results you want to achieve, not the tasks you think will get you there.

When conflicts arise, our instinct is to smooth things over as quickly as possible and get back to our regularly-scheduled project, but conflict can actually be healthy.

Debates over goals or scope get heated sometimes, especially when you're still getting to know each other and misunderstandings happen more easily. That's ok, as long as the discussion doesn't devolve into a shouting match. What you're witnessing in these cases is just part of the creative process. Naming and celebrating it with a little "Love the passion and creative friction here!" goes a long way toward making sure people keep it all in perspective.

Maybe you'll come to a consensus. If not, respectful dissent is healthy. (Imagine how different the fates of Enron or Theranos may have been if they'd had cultures of respectful dissent.) Take a cue from Amazon CEO Jeff Bezos who encourages employees to "disagree and commit". Not commit to your disagreement, but commit to the project and give it your all even when you're outvoted.

That said, bona fide conflict does happen as part of the "growing pains" teams go through as they're getting to know each other. If a personality clash between teammates is creating a toxic, unproductive environment, escalate to a manager. The same goes for cases where you're being harassed or otherwise mistreated. HR is there for a reason.

Communicate Inside and Outside the Project Team

As part of agreeing on social norms, establish the modes of communication you'll use to discuss project work. Some teams are allergic to email and rely on a combination of chat, shared documents, and high-speed voice communication (otherwise known as "talking"). Other teams want their inboxes to be the official source of truth. Teams that are distributed across multiple offices or include remote workers should lean heavily on group chat for impromptu discussions so nobody misses out.

For staying in sync day-to-day, try stand-ups. It's simple: circle up in person and/or over video and go around the team sharing your progress since last time, plan for today, and any blockers you're facing. Be sure to actually stand up for this. That encourages people to keep their updates brief. The entire thing should take no more than ten minutes.

Don't forget about your stakeholders, btw. The longer and higher stakes the project, the more important a stakeholder communications plan is. Not only will a plan ensure you don't leave them in the dark, but members of the project team will also appreciate having it all laid out. One less thing to wonder about.

Don't panic if your project hits a rough patch. Gather the team up for a retrospective to reflect on where things are falling apart and how to improve.

Start by asking why the problem exists, and converge on an answer. For example, Q: "Why did we miss hitting our milestone on time?" A: "We didn't get the assets from Team X." Then, ask why that is the case - Q: "Why didn't we get the assets?" By the time you've daisy-chained 5 "whys", you've probably hit on the root cause. A word of caution, however: don't scapegoat. If Team X didn't deliver on time, assume it's not because they're a bunch of idiots.

Be sure to discuss what's going well, too. You'll want to know what to keep doing or do more of. Plus, ending the retrospective on a high note helps morale.

Retrospectives are good also preventative medicine for ad-hoc teams. A bit of reflect-and-adapt every few weeks gives you a fighting chance at uncovering issues before they grow into full-blown problems.

Are You the One You've Been Waiting For?

Every project team needs a person who sets the tone, champions the culture, and rallies their teammates after a setback. Sometimes this person is a functional manager. Or, it might be you.

Whether you're a dedicated project manager or an everyday member of the team, stepping up as the unofficial emotional leader will make the journey smoother for everyone. Not to mention position you for an official leadership role in the future.

I've written previously about how to navigate logistics like prioritization and decision-making using the same techniques a bonafide project management professional would use, but that's only part of the equation.

Next time you find yourself on a project team, pay as much attention to the human element as you do to your tasks and deadlines.

Agile Planning: Always Plan for a Product, Not a Project