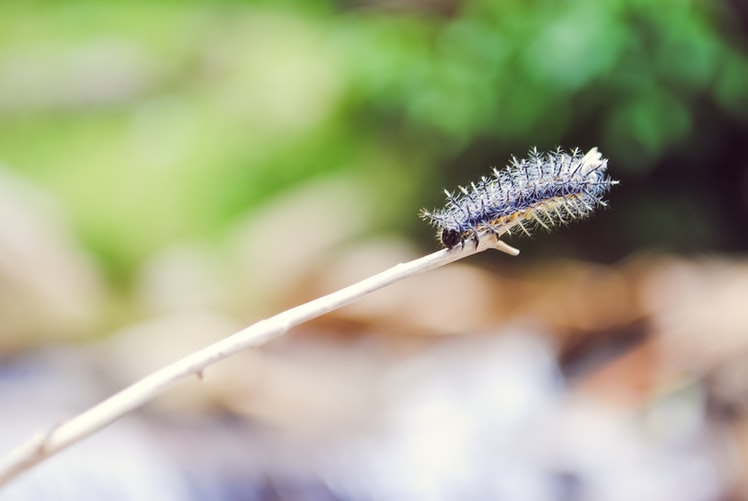 You may also like: The Lifecycle of a Testing Bug

You probably experienced this: you made a new release, everything works, but in production, it turns out much slower than expected. It behaves completely differently. Customers complain. Managers want you to wave a magic wand to conjure the problem away. It's not that easy.

Performance is elusive. Where to start? What to promise?

No developer likes performance fixing. It all works, finally, and now you have to go through all your code again. You will have to rewrite, you will break things, elegant code may become ugly and inflexible. All too often, you put a lot of dedication in an improvement, and when it runs, you find out it does not help at all. Or even made it worse.

Randomly fixing inefficiencies until it's fast enough, causes unknown planning and uncertain results. It is tempting to just wrap a cache around it, hope that does it. It may not be enough. More and faster hardware might cost a lot of money and may not be enough either.

So, managers want a plan. Here's that plan.

Often, intuition makes us work in reverse, starting with step ten, hoping a minimum effort will do. This is a very long, slow and frustrating road to success. To be fast, go from one to ten.

Tip: if users complained, pay them a visit and watch what they do.
Often the thing that really annoys them is very different from the posted complaint.

It's Never What You Think

Performance problems are very counter-intuitive, only in hindsight the cause is obvious; pretty much like a regular bug. Why is it so counter-intuitive? We humans assume that if it's complex in our mind, it's hard for the computer too. To computers, all that matters is whether complexity causes a large number of machine instructions.

A performance target should be set to focus the team on measures that matter and not tinker on things that are known to be slow but less than 1% gain.

This target is not a promise. Only after measurements, you can prudently predict what is feasible with the time, people and money you have. Profound speed-ups require profound changes and profound decisions about people and budgets. Cheap silver bullets and free magic wands don't exist.

Since it never is what you think, do not assume. Measure. Let the measurements guide you where to look next.

Measurements can be very simple. Advanced profiler software is nice, but not necessary. Just understand where in your code time is spent, and why.

You will have to dive into the code, or achieve underwhelming results.

For your language, find the system call that returns a micro- or nanosecond accurate clock and simply log elapsed time for a piece of code suspected to be slow. Start the high level and work your way down to a low level. Remove log lines afterward.

Run the same code a couple of times with the same input. The measurements will vary, mostly due to OS housekeeping. After a few tries, a minimum time emerges. This is your baseline performance, the number you are after.

You can make calculations with that number, to predict what is achievable with optimizations. This helps to choose what to work on.

Tip: Only use measurements from non-overload situations. Wait times during overload are great for a "Dramatic Improvements" show, but useless for making technical decisions. During overload, you are measuring stress-effects, errors being handled and queues brimful of waiting events. It says nothing about the speed of your code.

You will find certain iterations that are expensive, and you have to figure out why. If you'd log every iteration, you get a huge log that tells you little.

Take the 30 minute effort to write a simple "stopwatch" object: A tiny library that keeps a sum and count of lap times, with a minimum and maximum. When finished, let it write a logline with count, min-, max- and average lap time:

You will find that such a tiny piece of code is priceless and highly reusable. There many cases where simply knowing count, min, max and average tell you what's going on. And if you fix something, you will see how much time you saved.

Performance theory says a median and 95/99th percentile is better info, but StopWatch would need to fill and analyze a sortable list, which is CPU intensive, influencing adjacent measurements.

Simple change: Let your unit test's assert function (or a wrapper) log elapsed microseconds, and store times of each unit test of each run in a simple database or machine-readable file. In the delivery chain, generate a graphic that tracks the speed of each assert call over your unit test history. Use a logarithmic vertical axis. Jump-ups are an early warning of performance degradation, and jump-downs are signs of improvement.

It might cost you a day to make, but it will be a big help for everyone ever after. 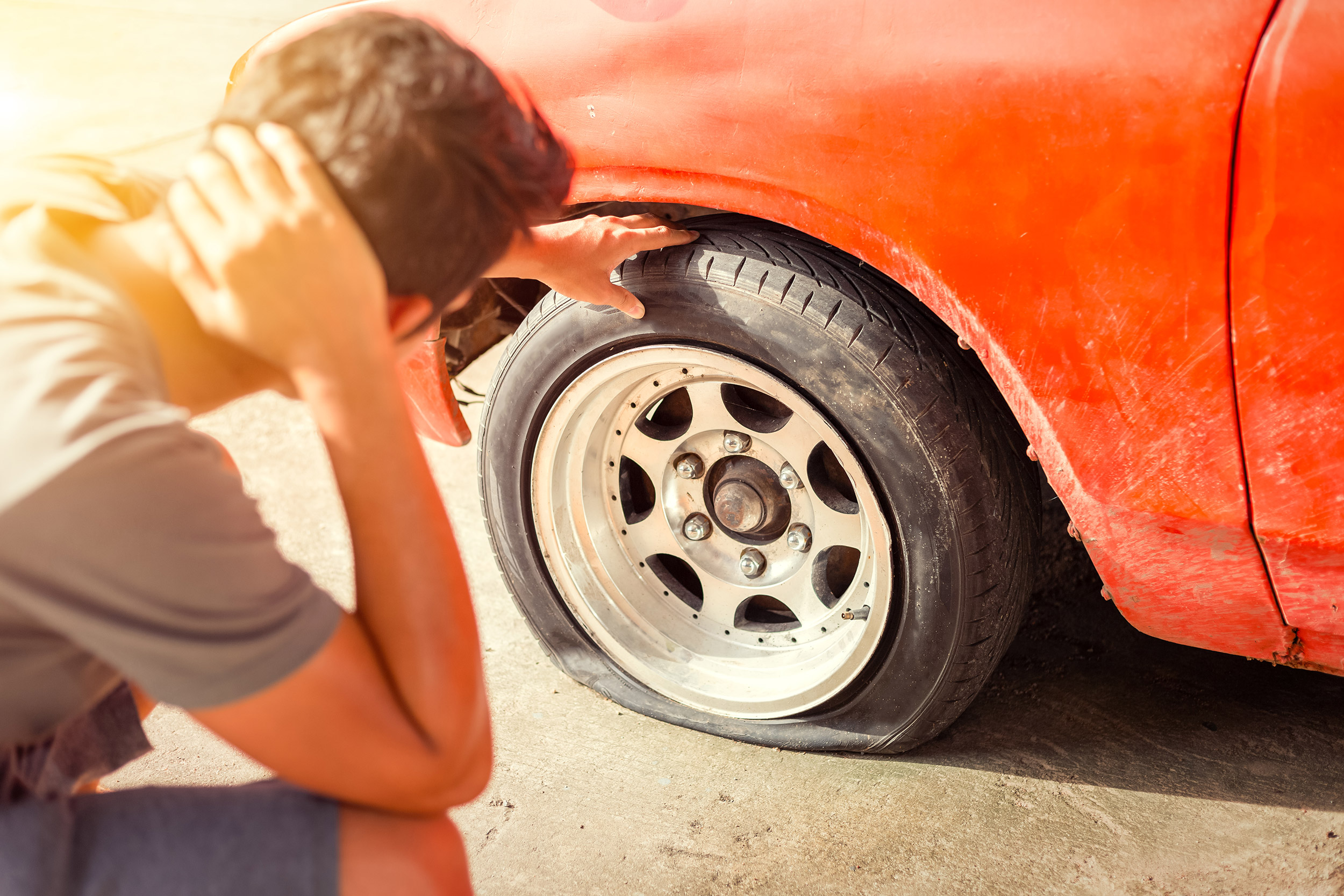 It's no point discussing other solutions when the root problem is obvious. If you have a flat tire: fix the tire first, then worry about speed.

For example, if a randomly read database runs on a mechanical hard drive, that's a flat tire. Or a script that crashes and restarts all the time. Or insufficient hardware. Or a ridiculously inefficient algorithm. Etcetera.

Even if the fix itself won't improve much, it stands in the way of doing things right and must be dealt with first.

Pick up small inefficiencies along the way that are easy to fix, such as unintended casts between int,float,string, and datetime, or code you can easily move out of a loop. Don't waste time on measuring or discussing it, get it fixed. The win may be negligible now, but when the big time wasters are gone, small ones make a difference.

When you measure, you will quickly find the top five things that take the most time. Always fix the biggest time-waster, measure, and then what pops up next as the biggest, and so on. If you start with smaller culprits first, it's very hard to see if it's going to make a difference at all.

Consider this fictive example, time-percentage spent in parts of code before and after 10x speed-up of the top five time-wasting functions.

This is why performance optimization can be so discouraging. Attacking the top five made a significant leap, but each 1% extra is a project. Well... that's how it looks.

Is the number one really reduced to the minimum? Did you try to call ParseAAABBB ten times less? Or give it ten times fewer data to process? Does it repeatedly call slow low-level functions? If you find more ways to reduce the biggest time-waster, small-time wasters become worth fixing.

The most effective way of speeding up is to simply let the computer do less.

The biggest gain is saving on higher-level calls because they represent the biggest amounts of repetitions.

Often a lower level design decision forces you to do unnecessary things at a higher level; it means restructuring, it can be a lot of work. You're fixing a design flaw. That's always a good thing.

By just making the quantity of data smaller at the beginning of a processing chain, every next layer processes it faster, because there is just less work to do. Work involves:

Try to find ways to reduce the number of properties per object: First see if the query or API can omit properties through parameters, if you can't, instruct the (JSON) parser to skip parts you don't need.

Many REST APIs GET or POST queries can only give "all" properties of queried objects, great if you need to display them all, a waste if you just need a title and ID. For every object in a list, the back-end needs time to gather and encode all these properties you don't want, and you need time to parse this unwanted data into properties you don't use.

Not providing the exact number of items is a big time saver. When count-queries are different per user or imply search, you must run the query all the way to find the exact number, while "9+" or "more..." often is enough answer for the user.

Reducing data quantities is relatively simple and high yield because it saves CPU in each layer of your application. Changing storage type is very effective but not trivial.

Disk access is thousand to a million times slower than memory, and network access can be even worse. Disk and network have a big latency penalty for each individual call.

Files: Bundle i/o or prevent files at all. Use mmap() if possible (see tips below).

Databases: bundle queries and updates, run a node of the database locally.

Networking: in browsers, consider SSE instead of AJAX or rethink your protocols altogether.

Microservice architectures: Prevent accumulating wait times of services calling each other internally: use redundant properties, make mutating transactions asynchronous. If requests are not order-critical and have similar speed, fire them simultaneously with threads.

Preventing latency is relatively complex to implement, but it's a very powerful time saver.

Now that you shrunk the giants, you're ready for the real bare metal geeky microsecond-shave-off operations. Only do this for functions called many times in a row.

Winning 0.1 ms doesn't seem much, but called 10,000 times per event is 1 second, the difference between terrible and acceptable.

Example: Machine Learning is mostly slowish Python, but 99.99% of the time is spent in a few heavily optimized C++ low-level vector math calls of TensorFlow or PyTorch. It hardly matters that 0.001% is slowish.

Compiled languages: Write simple, straightforward code. All optimizer flags on. Use const and preprocessor statements to tell the optimizer what to rely on.

Non-compiled languages: make the deepest, most repetitive loops into very small and simple functions with as few variables as possible, so that code and variables stick around in Level 1 cache, close to the CPU.

If your deepest loop has many if/else or switch/case statements, try a branch table.

If your deepest loop has many short iterations, try loop unrolling.

It is hard to know the speed of low level operations off-hand. Things that look fast can be surprisingly slow and vice versa. Measure and experiment, then implement.

Optimizations are trade-offs based on assumptions about the most often occurring situations. If there are two different situations that deserve a different optimization strategy, there can be heated debate on which one should prevail.

In such cases, hybridize. Write two optimized approaches and use them both, dynamically.

Example: social media timelines are a join of posts pushed to inboxes of few-follower users and posts queried from outboxes of celebrities with million+-followers.

Performance is the only good reason for redundant code.

Caching is only useful if the data is slow to generate and pretty static for a while.

If data is too dynamic, caching merely costs time and memory. Frequent pitfall: Cache validity. Checking it must be very simple and fast, or else caching is useless. Always measure with and without cache.

Consider caching little things on lower levels to make everything faster. You can avoid lots of unnecessary, repetitive code execution.

If there's something you can't optimize, make it feel less slow with UI tricks. Some suggestions:

General Rules of Thumb for Performance

With this plan, you can bring structure, focus, and predictability to a performance optimization project. There is a lot you can do with simple tools. You could even turn it into a sport!

Why Do Bugs Attack Your Software?

How to Efficiently Resolve a Bug

All About Triaging Bugs