The demands of modern database development mandate an approach that matches the model (structured or unstructured) to the nature of the underlying data, as well as the way the data will be used. The choice of data model is no longer an either/or proposition: now you can have your relational and key-value, too. The multimodel approach must be applied deliberately to reduce operational complexity and ensure reliability.

Well, today's proliferation of data types defies squeezing it all into a single model. The age of the multimodel database has arrived, and developers are responding by adopting designs that apply the most appropriate model to the various data types that comprise their diverse databases.

In a January 6, 2015 article on InfoWorld, FoundationDB's Stephen Pimentel explains that the rise in NoSQL, JSON, graphs, and other non-SQL data models is the result of today's applications needing to work with various data types and storage requirements. Rather than creating multiple distinct databases, developers are increasingly basing their databases on a single backend that supports multiple data models.

Data scientist Martin Fowler describes polyglot persistence as the ability of applications to manage their own data using various technologies based on the characteristics and use of that data. Rather than selecting the tool first and then fitting the data to the tool, developers will determine how the various data elements will be manipulated and then will choose the appropriate tools for those specific purposes. 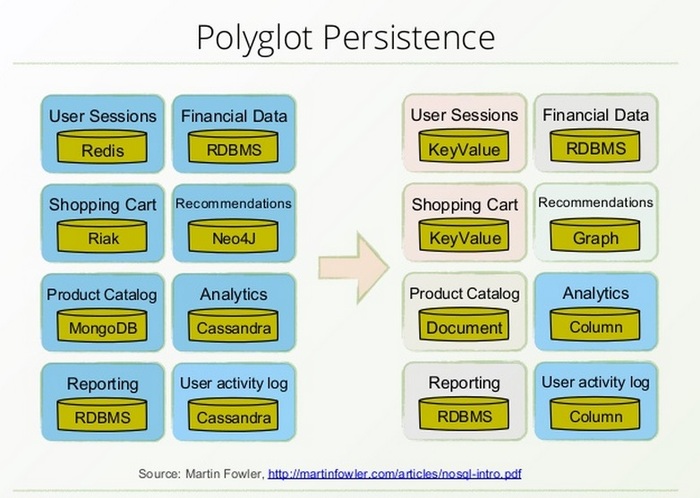 Multimodel databases are by definition more complicated than their single-model counterparts. Managing this complexity is the principal challenge of developers, primarily because each data storage mechanism requires its own interface and creates a potential performance bottleneck. However, the alternative of attempting to apply the relational model to NoSQL-type unstructured data will require a tremendous amount of development and maintenance effort.

While you can scale out relational databases via slave-master, sharding, and other approaches, doing so increases the app's complexity. More importantly, a key-value store is often a better fit for that data than RDBMS's rows and columns, even with object/relation mapping tools.

Wood describes two scenarios in which polyglot persistence improves database performance: when performing complex calculations on massive data sets; and when needing to store data that varies greatly from document to document, or that is constantly changing structure. In the first instance, data is moved from the relational to the NoSQL database and then processed by the application to maximize the benefits of clustering. In the second, structure is applied to the document on the fly to allow data inside the document to be queried. 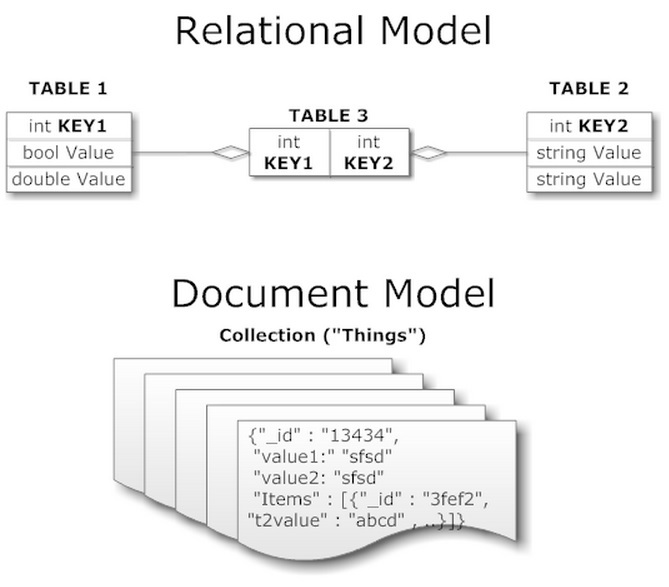