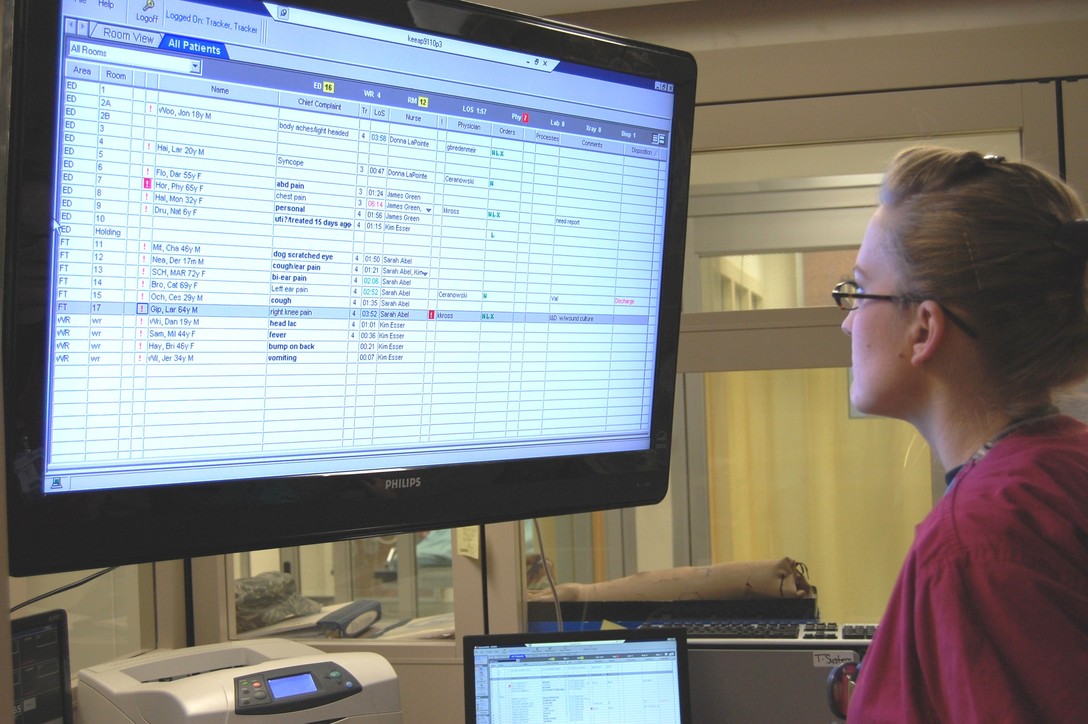 As software becomes increasingly ubiquitous in all of our lives, the consequences of their inevitable failures grow as well. To the point: When the United States rushed to digitize medical patient records back in 2009, blinded by the glow of a $36 billion government carrot, it inadvertently set off a chain of events that has now, and in some cases forever, impaired countless lives.

One of those lives belonged to Annette Monachelli, a 47-year-old Vermont woman who twice visited her local physician for an unusually extreme headache only to be sent home soon after with little relief. Two months later, she died of a brain aneurysm that had never even been tested.

But as this exhaustive joint study from Kaiser Health News and Fortune explains, this is not the simple medical malpractice story it seems. You see, her doctor had, in fact, considered the possibility that her pain was symptomatic of a brain aneurysm, so he had ordered a head scan through the clinic’s electronic health records (EHR) system. The order, however, never reached the lab.

While certainly among the most devastating, Ms. Monachelli’s story is nowhere near the only one that can be tied to this software – one of the leading medical record systems manufactured by eClincalWorks (eCW). When Owen Foster, an assistant district US attorney with the District of Vermont, began looking into her case, “it didn’t take [him] long … to assemble a dossier of troubling reports – Better Business Bureau complaints, issues flagged on an eCW user board, and legal cases filed around the country – suggesting the company’s technology didn’t work quite like it said it did.”

How did the system actually work? Brendan Delaney found out all too well when he was hired to implement it at Rikers Island, a prison housing more than 100,000 inmates. As the Fortune piece explains:

“The patient medication lists weren’t reliable; prescribed drugs would not show up, while discontinued drugs would appear as current ... The EHR would sometimes display one patient’s medication profile accompanied by the physician’s note for a different patient, making it easy to misdiagnose or prescribe a drug to the wrong individual. Prescriptions, some 30,000 of them in 2010, lacked proper start and stop dates, introducing the opportunity for under- or overmedication. The eCW system [also] did not reliably track lab results, concluded Delaney, who tallied 1,884 tests for which they had never gotten outcomes.”

These glitches were just the tip of the iceberg, the District of Vermont found. And it certainly wasn’t the only system with these catastrophic failures. “Quantros, a private health-care analytics firm, said it has logged 18,000 EHR-related safety events from 2007 through 2018, 3 percent of which resulted in patient harm, including seven deaths – a figure that a Quantros director says is ‘drastically underreported.'"

So what happened here? Why did the US government invest so much money in a system that all too often hurts the people it’s supposed to protect? Patients, after all, were supposed to be gaining “truly portable health records, [making them] able to share their medical histories in a flash with doctors and hospitals anywhere in the country – essential when life-and-death decisions are being made in the ER.”

Not only is this interoperability nowhere near a reality, but the very design of these systems hinders the ease with which physicians can safely treat these patients – a researcher has actually demonstrated with eye-tracking technology just how difficult and time-consuming it is to order even Tylenol in an emergency room setting.

While the answer is in many ways complicated, in others, not so much. “To go from a regulation to a highly usable product that is in the hands of doctors in 18 months, that’s too fast,” explained John Halamka, chief information officer at Beth Israel Deaconess Medical Center, who served on the EHR standards committees under both George W. Bush and Barack Obama. “It’s like asking nine women to have a baby in a month.”

Rusty Frantz, CEO of HRE vendor NextGen Healthcare was a little more direct with his assessment: “The industry was moving along in a natural Darwinist way, and then along came the stimulus. The software got slammed in, and the software wasn’t implemented in a way that supported care. It was installed in a way that supported stimulus. This company, we were complicit in it too.”

All we can really do now is clean up this mess and hopefully get back on track towards building the beneficial system we truly need – and deserve. Of course, this road will be a long one, but in the meantime, we would be wise to remember one thing: slow and steady always wins the race.