we discussed the problem in detail in my last post. as a reminder:

starting at a given time, charge as many accounts as fast as possible. charging each account is a separate action, we don’t have the ability to do batching. 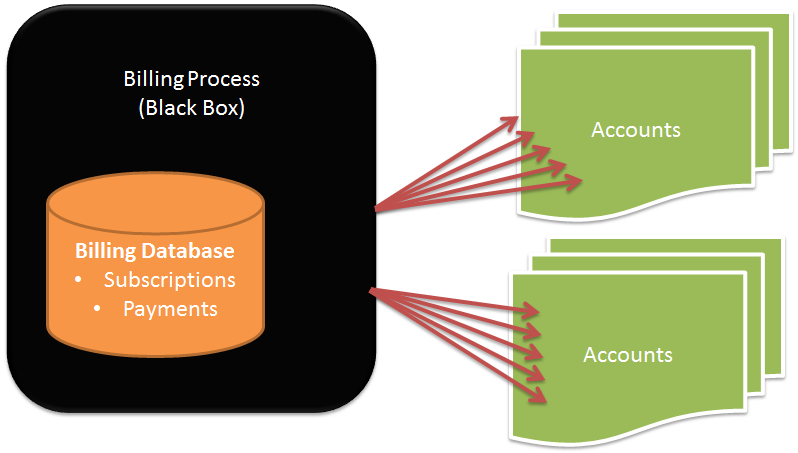 what are the limiting factors.

in this case, we have to make a separate request for each account. that means that we have to access a remote service, and that means we have to figure out whatever we can actually parallelize the work in any way.

most production systems would limit the number of concurrent calls that a single customer can make (to prevent a customer with a lot of servers from crashing their own systems).

let us say that we have 100,000 accounts to charge. and let us further say that the total time for a charge operation is in the order of 1 sec. what it means is that whatever we want, we are actually going to be limited by the processing capabilities on the accounts, not our own code.

a silly way of doing this would be something like:

this would be silly for several reasons:

a better alternative would be to try to parallelize this. assuming that we can perform 5 concurrent requests, we can drop the processing time to just below six hours.

note where the major savings are, not in how we are actually doing stuff with the code, but rather in how much concurrency we can agree on with the accounts provider. just to note, let us say that they allow us 25 concurrent requests per second, we are still much better doing chunks of the data all the way rather than trying to process it all at once.

what i would actually do in this scenario is just load the ids of the subscriptions that we need to update into a queue and let a bunch of workers (may be on separate machines) feed off the queue and try to handle as many account charges as they can possibly manage.