kanban techniques have been successful in many different industries, especially ones that don't seem to fit with agile methodologies.  it application maintenance, media, games, and investment banking are just a few domains where kanban has proven to be extremely effective.  dzone recently got the chance to speak with david anderson, who pioneered the use of lean methodology in software development, now known as kanban.   anderson explained why kanban was especially helpful in certain industries.  he also explained why kanban can be helpful in just about any context.

the most commonly cited instance where kanban is extremely successful is software maintenance.  anderson says this involves fixing production bogs and doing small incremental improvements.  kanban works well with software maintenance because such work isn't a natural fit for projects and one to four week sprints.  anderson says, "it makes more sense just to take the requests, work on them, and when they're ready, find some way of deploying them to production."  media companies are another space where kanban works well, anderson said.  since media schedules often don't run in one to four week cycles, kanban is a good fit.  anderson adds, "media companies often have a much wider range of demand and they need to be responsive and make small changes that happen in one or two days, and if they can deploy faster, often they can generate more revenue from advertising."  there's a real business benefit in the media industry when reporters work on stories immediately and deploy them as quickly as possible instead of waiting until the end of an iteration.  anything that's calendar driven, where the dates on the calendar do not fit neatly into iteration boundaries, tends to be a domain where kanban is catching on. 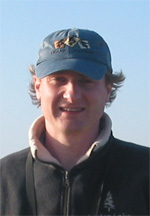 another large industry where kanban is extremely beneficial is game development.  game developers like kanban for a reason that's different from the media companies.  anderson said, "some online gaming companies for example, if they deploy something faster they generate more revenue, so it's similar to media in that respect.  but the real reason why game companies are adopting it [kanban] is that the games industry has a huge requirement for specialization, and a lot of the work involved in creating a game is production rather than software development."  production in game development involves the creation of data for graphics, animations, music, sound effects, and levels within the game.  "the industry has a lot of specialists and a lot of hand-offs in the work flow," said anderson.  "so it doesn't fit neatly with the agile model of cross-functional teams and a generalist workforce.  in fact, most of that agile advice just does not resonate with the games industry."  anderson said that while agile adoption in the games industry has struggled, they desperately need greater agility to meet demands from the market.

there is also significant kanban adoption in investment banking, anderson says.  "most investment banks are essentially software companies," he said.  "all those fancy derivative products that were largely responsible for the bust in the economy (cdos, cdss) are basically just software programs, and every product that an investment bank offers is just a new program.  that's also true for things like commodities trading.  these programs tend to run on some underlying commodity trading platform, but for each incremental product it's just a small upgade, for example, if you added gold in london to oil in london."  it's a small additional program that runs on top of the existing platform, he said.  "those types of features are very similar to software maintenance.  each one has an immediate business benefit.  it doesn't make sense to batch them up into large projects.  it doesn't make sense to build up 16 different commodity offerings and then launch them all at the same time," said anderson.  there's a major benefit to writing these pieces of software individually and deploying them as soon as they're ready.  once they're deployed, the bank has another investment product to market, and it can trade with that product immediately and start making money.

dzone asked anderson if there were any areas where kanban wasn't well-suited for adoption, or if there were any industries that would be negatively affected by kanban.  to directly answer the question, anderson said, "i believe there will be areas where kanban doesn't produce any significant improvement above and beyond what you would see with any established agile method.  there are domains where an agile method will be perfectly good enough.  my gut feeling is that in five years, when we look back at this decade, we'll find that there's a small number of domains and circumstances where agile proves to be good enough and kanban doesn't make it any better."  anderson says that he has evidence for this theory from companies like industrial logic , a world famous extreme programming shop that uses kanban to enhance the xp approach.   they use the xp practices, he says, but they've gotten rid of iterations and they use a kanban approach for their project and release management.  case studies like these lead anderson to believe that there are few circumstances where kanban wouldn't make an agile process better.  at the very least, he says, it would have a neutral effect and not a negative one.

"there are plenty of talking heads out there who like to sound intelligent an knowledgeable, and some of those people will say, 'kanban's great for software maintenance, but you wouldn't use it on big projects,'" said anderson.  "well, there are plenty of people using it on big projects and seeing significant benefits out of that.  other people will say, 'well, some people are using it on big projects, but you couldn't possibly use it for program management.'  again, that's proving not to be true."   anderson says there is a small number of people applying kanban techniques to an over-arching, multi-project level.  portfolio management of it projects at the motley fool , an investment newspaper, was the earliest example, he said.  anderson also said that he'd talked to a program manager from a large telecom equipment manufacturer in scandinavia recently who wanted to use kanban at the program management level to integrate three projects together.  both of those organizations were already using scrum.  the kanban community has plenty of experience and evidence showing that kanban can be used in many different spaces along side agile methods.

although kanban has critics, anderson says most of them have never used its techniques before.  he says these types of critics show up in the kanbandev yahoo group periodically and get hushed up by the members who don't tolerate opinions without experience.  anderson admits there's still unexplored territory for kanban, but he hasn't found an area yet where kanban has had a negative effect.  that's because kanban can be adapted to a wide range of scales and situations.  there's even a growing movement for personal kanban, anderson says, which is subtly different than kanban for teams.  "what we'll see also, is that program management kanban will be subtly different from team kanban, but many of the principles will be the same.  it's just that the solution that evolves out of applying the principles to a particular problem space will create differences."


david anderson is the vice president at lean software & systems consortium and he also runs his own consulting firm, david j. anderson & associates.  the first part of dzone's interview with anderson is titled "how kanban got hot - david anderson interview part i" .  much of the research and case studies for kanban come from the community, which has forums at the limited wip society website and the kanbandev yahoo group.