When the release of a Netflix true-crime documentary coincides with a worldwide pandemic (COVID-19), the chances a miniseries has the chance to gain momentum is much higher.  When the storyline centers around exotic animals and some not-so-normal personalities, the ratings will soar even higher. This very thing happened for the Tiger King, which is currently considered one of Netflix's most successful releases to date — bringing in over 34 million viewers during the first 10 days of the March 20, 2020 release.

For those who are not familiar with Tiger King, the series focuses on a guy named Joe Exotic (not his birth name, of course) and his zoo which contains mostly tigers.  Joe has an interesting personality, unique lifestyle and a goal to be known as the "Tiger King" among not only his interconnected society of conservationists ... but to the entire world.

In his way is a guy named Doc Antle, who has achieved a modest degree of success in Hollywood for his ability to work with animals. Additionally, there is Carole Baskin, who has a similar operation in the Tampa Florida area.  Unfortunately, Joe's obsession with knocking Carole off her pedestal will come at price most would not be willing to pay.

In fact, when things get pretty low for Joe, he is rescued himself by a guy named Jeff Lowe (no pun intended).  As one might expect, Jeff arrives with some perspectives that fail to align with the long-term vision once planned by Joe itself.

Over the short seven-episode series, viewers enter into a world not seen by most — with encounters so odd that nothing becomes a surprise by the time the final credits roll.  Since the original production went live on March 20th, Netflix added a bonus episode on April 12th to provide some of the original cast to be further interviewed.

With the popularity of this series, some talk about who will play the role of each character in a Tiger King movie.  Me, I took things a different direction to ask...

"Who is the Tiger King of Technology?"

I feel like the real Tiger King in this series is probably Doc Antle.  After all, he seemed to have everything Joe wanted and was an early role model and mentor for Mr. Exotic. 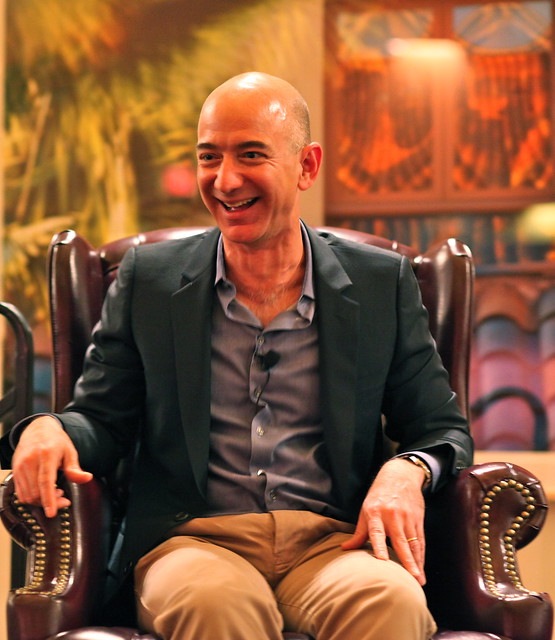 For this reason, I feel like the Doc Antle persona from a technology perspective aligns well with Amazon's Jeff Bezos.

Jeff Bezos started with a dream and vision, selling books online in order to gain an understanding to serve as a foundation for something bigger.  With a great deal of focus and dedication, Bezos has transformed Amazon into one of the most successful corporations on the planet.  The fact that Bezos is the richest individual on the planet only helps supplement this claim.

Putting aside the not-so-awesome aspects of Carole Baskin, she has been successful in helping to build awareness for her cause and make a difference in the lives of the animals her zoo maintains.  Like Bezos, I do believe there was a great deal of hard work and dedication to reach this level of success.  Her success is further complimented in the fact that she is competing in what appears to be a male-dominated industry. 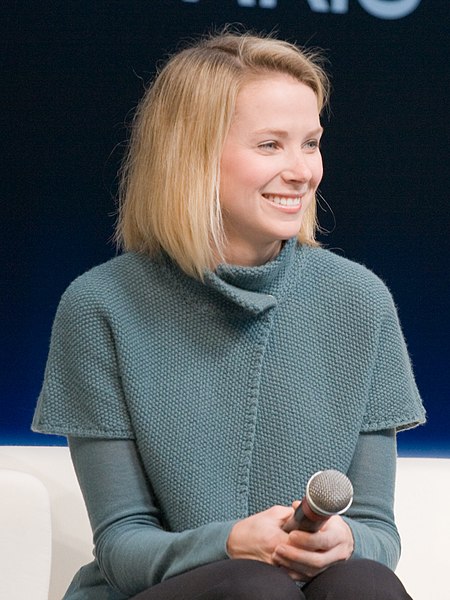 When I think about successful women in information technology, Marrissa Mayer comes to mind.  Upon graduation from Stanford University in 1999, Marrissa selected Google as her first employer.

Spending 13 years at Google, Mayer reached the vice-president level for Google Search Products and User Experience before she departed to become the CEO at Yahoo! While at Yahoo! Marrissa was associated with unfavorable decisions like: forcing remote workers to return to onsite office locations and a bell curve ranking system for employees (firing those at the bottom of the curve).   Mayer left Yahoo! in 2017 and started Lumi Labs — focusing on artificial intelligence and consumer media.

Marrissa Mayer maintains a passion for computer science and using technology to make things better for her cause.  Like Carole Baskin, there are aspects of her career that bring forth concerns by critics — but she seems to be genuine in her goals.

As noted above, when Joe Exotic was at a loss on how he was going to survive, a guy named Jeff Lowe entered his life and rescued the zoo. 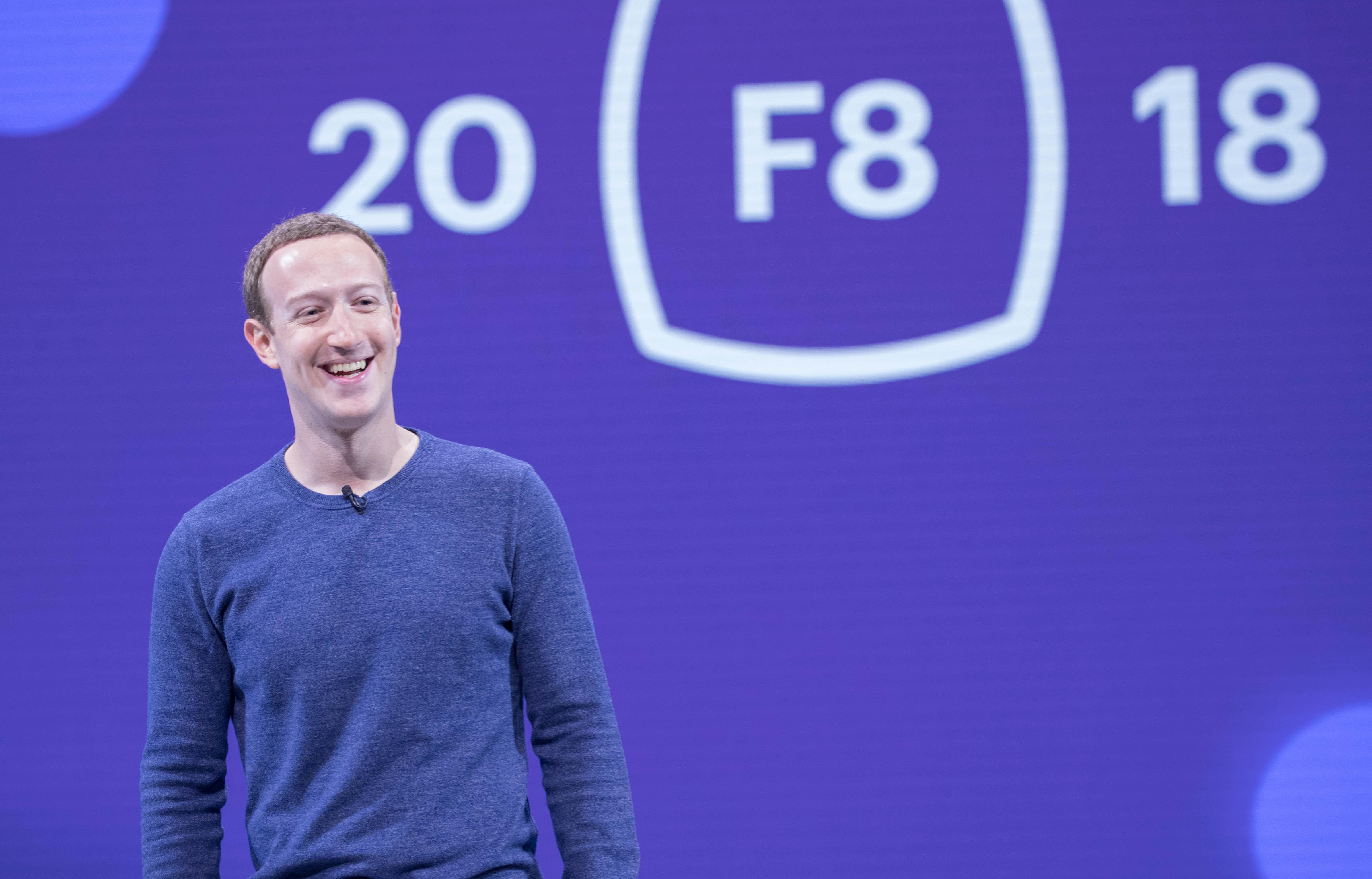 In technology, I feel like the role of Jeff Lowe is filled by Facebook's Mark Zuckerberg.  After all, Mark Zuckerberg arrived on the scene to give everyone a social media solution that allowed us to stay connected and share our photos, thoughts and views — at no monetary cost.

Like Jeff Lowe, Zuckerberg has been known to have alternative intentions — mostly with the information we provide to his service and the advertisements his services pushes onto our feeds.  Mark has also been good at "rescuing" products that he feels are a good fit for his ecosystem — Instagram and WhatsApp are a couple examples.

Of course, Zuckerberg is known for being quite philanthropical with his wealth — when the cause is nothing more than to make things better for those less fortunate.

Who do I feel like is the Joe Exotic character in Technology?  If we would be having this conversation years ago, I would have placed Oracle's Larry Ellison into this role.  However, in current times I feel like Elon Musk is my candidate for Joe Exotic. 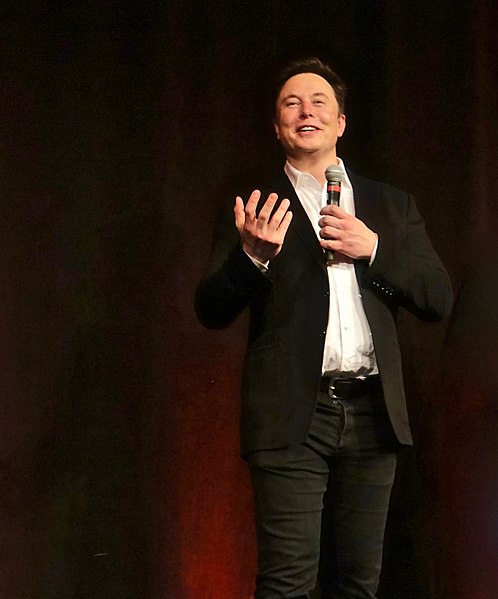 Elon Musk is mostly known for his role at Tesla, even though the challenges and decisions regarding the development of the initial electronic vehicle were already resolved. Instead, Elon arrived with a large sum of money and was shocked when his name was not mentioned, initially.  After making some unfriendly remarks to the design team, Elon began participating in the design process, offering cosmetic changes to warrant his participation with the final product.  In the end, his contributions came at a price which delayed the launch date by months if not years.

Like Joe Exotic, Musk has been associated with providing subpar working conditions at his corporations.  While his 80+ hour work week expectations and unreported injuries are not the same as living in a trailer and eating past-due food from the Walmart dumpster — Musk can tout that no one has had a body part removed from an encounter with a big cat.

Finally, Elon Musk has been noted to have ideas that are not considered quality (hyperloop and the boring tunnel come to mind) and has been caught in some untruths (Tesla's financials come to mind) — both of these tend to line up with how Joe Exotic was portrayed in the Tiger King miniseries.

When I watch a program that is based upon a true story, I find myself stopping and thinking a bit more about each of the characters in the story.  With the Tiger King series, I truly believe the intent of each personality in the show were genuine.  Like so many other scenarios, something along the line caused the course of these personas to be altered in a direction that is less favorable than one might expect.

I very much feel the same is true for the four technologists that I noted in my article.  The contributions, hard work and success each have reached will have a long-term impact in technology.  At the same time we will learn lessons from each one of them where things have not gone exactly as planned.

However, that is no different than any one of us — making me conclude that we could all find ourselves on this list in one way or another.