Join For Free
this is based on a really great article that adrian bridgewater wrote for forbes.

built with java to provide plugins that support building, testing, deploying, and automation for software projects, jenkins acts as an open source ‘automation server,’ while continuous delivery helps automate and streamline the build, test and release process of software. we can see that automation is clearly a theme that spreads throughout the software building process, but why is it so crucial to the way we build software today? 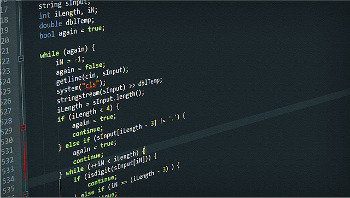 for example, instead of each program creating their own spellchecker functionality, a word processer might expose theirs and allow other programs to embed it in their software codes.

we can see this in cloudbees jenkins platform – private saas edition, which includes docker deployment and mesos large-scale cluster management to offer cd-as-a-service, which enables firms to control jenkins across the enterprise on their own private cloud or through dedicated aws resources. the benefits of this version includes the instant start-up of new projects, which allows teams to provision cloudbees jenkins platform environments immediately, as well as to spin up new jenkins resources automatically in the event of unexpected failure. this reduces downtime while automatically detecting and recovering from fault situations with operator intervention. there are even built-in analytics that automatically keep an eye on how your team and the jenkins infrastructure are performing across the enterprise.

“more than ever before, organizations need to accelerate software delivery to meet business demands and stay ahead of the competition. they are moving to continuous delivery practices to build, test, and deploy high quality software more quickly,” said sacha labourey, ceo, cloudbees. “what they don’t want is to be slowed down waiting for new projects to be spun up. to procure, install, provision and configure hardware can sometimes take days or even weeks.”

automation and abstraction are two new technological terms that are becoming increasingly present across the entire software application development lifecycle. we are abstracting more and more elements of it into virtual software-defined networks or machines and we are applying automation techniques that reuse functionality and control management issues so that we can start to see what it looks like inside the cloud model.

as we develop more and more software, automation intelligence in a software-defined cloud is the new form of it.