amazon web services crashed spectacularly, and with it the illusion that cloud is reliable-by-design and ready for mission-critical applications. now everyone knows that cloud slas fade like the phosphor glow in a monitor when someone pulls the plug from the wall. amazon’s failure is an unfortunate event, and the cloud will never be the same.

so what is the enterprise to do if it can’t trust its provider? the answer is to take a page from good web architecture and double up. nobody would deploy an important web site without at least two identical web servers and a load balancer to spray traffic between them. if one server dies, its partner handles the full load until operators can restore the failed system. sometimes the simplest patterns are the most effective.

now take a step back and expand this model to the macro-level. instead of pair of web servers, imagine two different cloud providers, ideally residing on separate power grids and different internet backbones. rather than a web server, imagine a replicated enterprise application hosting important apis. now replace the load balancer with a cloud broker—essentially an intelligent api switch that can distribute traffic between the providers based  both on provider performance and a deep understanding of the nature of each api.

it is this api-centricity that makes a cloud broker more than just a new deployment pattern for a conventional load balancer. engineers design load balancers to direct traffic to web sites, and their designs excel at this task. but while load balancers do provide rudimentary access to api parameters in a message stream, the rules languages used to articulate distribution policy are just not designed to make effective decisions about application protocols. in a pinch, you might be able to implement simple http fail over between clouds, but this isn’t a very satisfactory solution.

in contrast, we design cloud brokers from the beginning to interpret application layer protocols and to use this insight to optimize api traffic management between clouds. a well-designed cloud broker abstracts existing apis that may differ between hosts, offering a common view to clients decoupled from local dependencies. furthermore, cloud brokers implement sophisticated orchestration capabilities so they can interact with cloud infrastructure through a provider’s apis. this allows the broker to take command of applications the provider hosts. leveraging these apis, the broker can automatically spin up a new application instance on demand, or release under-utilized capacity. automation of processes is one of the more important value propositions of cloud, and cloud brokers are means to realize this goal. 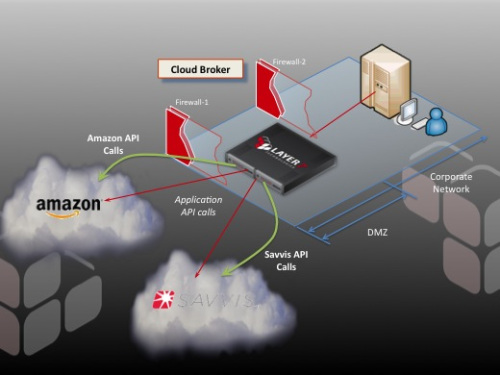