After my third year as a Harvard computer science major, I decided to defer my degree to start working as a full-time software engineer at Threat Stack, a Boston-based company providing cloud security and compliance. It was a hard decision, but definitely the right one. As a computer science major, it seemed like the majority of my time was spent studying theories instead of writing my own code or solving real problems. Even after summer internships at well-established companies like Microsoft and Qualcomm, I still didn’t feel like I had the hands-on experience I needed to go out and have an impact in the real world. So I decided to fast track to the real world to get it. 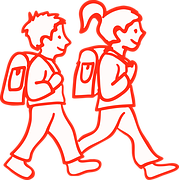 I knew the drawbacks of deferring a year to work full-time; falling out of study routines, late graduation and — this hurt the most — missing out on winter, spring, and summer breaks. But I also saw some exceptional advantages. After interning at large corporations and then working at a startup, I’d know which environment was best suited to me. There would be no trial-and-error after graduation in terms of where I was the best fit. There’s also the financial benefit — a full-time salary helps to pay down my debt and I can set aside funds so that, when I graduate, I’ll have the luxury of not having to take a job simply because I need the money. Finally, having full-time experience puts me at a distinct advantage over other graduates and allows me to bypass entry-level positions for a more valuable role.

According to the American Association of Colleges and Universities, there’s also a big disparity between how prepared undergrads think they are for a job and how their employers actually rate them. In a recent report, only 23 percent of employers say that recent college graduates are well prepared when it comes to having the ability to apply knowledge and skills in real-world settings. I knew that with valuable work experience, I’d be more than prepared for my job after graduation.

I researched tech startups in the Boston area and, because of a personal interest I have in security, ultimately selected cloud security platform provider Threat Stack. Even though tech companies are more likely than any other employer to require a college degree, I knew that I had a shot at getting hired. I saw through research that demand for cybersecurity jobs in the U.S. is expected to increase by 53 percent through 2018 and knew that these companies would be more willing to invest in an undergrad student who might not only return after graduation, but also might help to promote the company to other students. It turns out I was right. I’ve been working full-time for nearly eight months now, and I feel that I’ve learned far more about being a software engineer at this job than I would have ever learned in a Harvard classroom.

Here are the five ways working at a startup has prepared me for success after I graduate:

1. Theories Are Great, But Building Product is Better — and Way More Fun!

At Harvard, I studied computer science theories and completed simulated exercises. At Threat Stack, however, I get to put these theories into practice, which drastically accelerated my learning curve. In my very first week on the job, I was pushing code to Threat Stack’s production servers. And by building real products rather than theoretical ones, I learned about accountability and made sure I was delivering the highest quality possible.

With traditional internships, you’re usually only at the company for three months, and often you’re just assigned superficial projects that end up getting scrapped when you leave. By choosing to work full time at Threat Stack, however, I am able to engage in larger scale, higher priority projects and work in far more depth than I would have been able to during a brief internship. And, as a full-time employee, I’ve been given significant responsibilities and have established myself as a trusted, dependable resource.

Harvard’s computer science program is rigorous. There’s not a lot of time or energy left for studying other subjects like business or sales. But as an employee at Threat Stack, I’ve learned that software engineers need to understand the business value of the products they’re building. I chat regularly with our company executives and sales and marketing team members, which has given me a holistic understanding of what it takes to build, refine, and deliver products to customers. Having this kind of hands-on exposure simply isn’t possible at school; I’m gaining the critical information and skill it will take to achieve my dreams of being an entrepreneur.

As an intern, I found I was predominantly working in silos for the entire summer. However at Threat Stack, I’m constantly surrounded by co-workers from all aspects of the business. As a result, I’ve learned how to manage projects, complete sprints on time, and generally work with others more effectively. Content marketing and outbound sales development are no longer mysteries to me, for instance, and I consider myself a more well-rounded professional as a result.

In addition to learning from my coworkers, I’ve formed meaningful relationships with Threat Stack leaders. Our CEO Brian M. Ahern and VP of Engineering Chris Gervais are now mentors to me, and unlike my professors at Harvard, they’re currently working in the tech industry. They attend all the startup and software events, and they know other founders and CEOs. Cultivating these relationships has been incredibly educational, both personally and professionally, and given how small the tech world is, knowing executives like Brian and Chris, frankly, sets me up well for the future.

Deferring college for a year right before graduation to pursue a full-time job at a startup isn’t for everyone. But if you’re a computer science major who wants to work in the highly competitive tech industry, I urge you to consider taking my approach — because there’s no substitute for learning first-hand how to build real products from the ground up with real industry colleagues. And these experiences and relationships will continue to support you throughout your entire career.

Published at DZone with permission of Michael Chen. See the original article here.