There are many ways to work with Git. The workflows vary depending on the size of the team, organization, and on the way of working — is it distributed, is it sprint-based, is it a company, or an open-source project, where a maintainer approves pull requests?

You can use vanilla-Git, you can use GitHub, BitBucket, GitLab, or Stash. And then on the client side you can use the command line, IDE integration, or stand-alone clients like SourceTree. 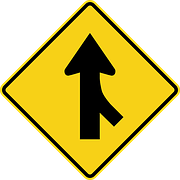 The workflows differ mostly in the way you organize you branches and the way you merge them. Do you branch off branches? Do you branch off other people’s branches, which are work-in-progress? Do you push or stay local? Do you use it like SVN (perfectly fine for a single developer on a pet project), or you delve into more “arcane” features like --force-with-lease?

This is all decided by each team, but I’d like to focus on one very debated topic — rebasing vs merging. While you can get tons of results discussing rebasing vs. merging, including the official Git documentation, it has become more of a philosophical debate rather than a practical one.

I recently asked a practical question about a rebase workflow. In short, by default rebasing seems not to favor pushing stuff to the central repo. If you do that before rebasing, you’d always need to force-push. And force-pushing may make it very hard for people that are based on your branch. Two questions that you are already asking:

Also, you shouldn’t expect every team member to be a Git guru, who rewrites history for breakfast. A basic set of commands (even GUIs) should be sufficient for a Git workflow, including the edge cases. Git is complicated and the task of each team is to make it work for them, rather than against them. There is probably an article for each Git command or concept with a title “X considered harmful”, and going through that maze is not trivial for an inexperienced Git user. As Linus Torvalds once allegedly said:

Git has taken over where Linux left off separating the geeks into know-nothings and know-it-alls. I didn’t really expect anyone to use it because it’s so hard to use, but that turns out to be its big appeal.

Back to the rebase vs. merge – merge (with pull requests) feels natural for the above. You branch often, you push often. Rebase can work in the above use cases (which I think are necessary). You can force-push after each rebase, and you can make sure your teammates resolve that. But what’s the point?

The practical argument is that the graph that shows the history of the repo is nice and readable. Which I can’t argue with, because I’ve never had a case when I needed a cleaner and better graph. No matter how many merge commits and ugliness there is in the graph, you can still find your way (if you ever need to). Besides, a certain change can easily be traced even without the graph (e.g. git annotate).

If you are truly certain you can’t go without a pretty graph, and your teammates are all Git gurus who can resolve a force-push in minutes, then rebasing is probably fine.

But I think a merge-only workflow is the more convenient way of work that accounts for more real-world scenarios.

I realize this is controversial, and I’m certainly a Git n00b (I even use SourceTree rather than the command line for basic commands, duh). But I have used both merge and rebase workflows and I find the merge one more straightforward (after all, force-pushing being part of the regular workflow sounds suspicious?).

Git is the Scala of VCS – it gives you many ways to do something, but there is no “right way”. This isn’t necessarily bad, as indeed there are many different scenarios where Git can be used. For the ones I’ve had (regular project in a regular company, with a regular semi-automated release & deployment cycle, doing regular agile), I’d always go for merge, with pull requests.