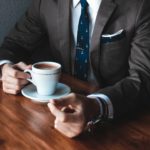 innovation is supposed to be the most valuable currency in the tech industry right now, as executives strive to cope with the volatile times we find ourselves in. the popular and business press is awash with stories of digital disruption, with an overall impression created that only the most innovative can survive.

one would imagine, therefore, that innovation is a top priority for executives the world over. except that doesn't appear to be the case, at least not according to a recent survey from harvard business school, which found that just 30% of the 5,000 or so executives the researchers quizzed put innovation in their top three concerns. the survey also revealed that just 21% believe technology trends was a pressing concern as well, leaving the two metrics ranked just 5th and 7th respectively.

this trend continued when the researchers quizzed board members on what kind of things they thought they were good at. technology and innovation came in a lowly 17th and 18th, with just 42% regarding themselves as above average. it's a figure that pales in comparison to their self-assessed competence in areas such as compliance and financial planning.

this is interesting, as most studies looking purely at the ceo seem to put innovation quite high up in the list of priorities, but for board members, it's a different story. they're not very good at it, and it's not a priority at all.

so why is this happening? a lack of diversity is one problem, as directors tend to be recruited in the image of the ceo, and so can often come from a very narrow range of disciplines, with finance often over-represented.

"so many directors are recruited through social networks and informal channels," the authors say. "directors tend to recruit people similar to themselves, and our survey results suggest that many boards are not proactively evaluating potential gaps in their knowledge or addressing their shortcomings."

this is a problem, not just for innovation, but any kind of digital innovation. for instance, a study from esade last year found that digital transformation projects are being held back by a lack of board-level buy-in.

a new course has recently been launched by coursera boss andrew ng that aims to teach c-suite people about ai. the course, called ai for everyone , will be just three weeks long and will run along similar lines to previous coursera courses, with video lectures interspersed with quizzes and other assignments, with discussion for allowing learners to interact with both the faculty and each other.

the course will aim to answer a number of the questions ng believes executives are grappling with at the moment, and will broadly introduce them to ai technology and terminology; provide examples of what the technology can and can't do; explore how ai teams and organizations can be built; explore how ai impacts society and how to develop it ethically; and look at how to develop strategies in an ai age.

a recent study attempted to use ai to select directors in the belief that the technology would create a better and more diverse board than humans often manage. the algorithm was trained on data of directorships at publicly traded us companies between 2000 and 2011. the algorithm then tested itself on a second dataset of fresh directors who joined their firms between 2012 and 2014.

the algorithm proved adroit at predicting the popularity of directors with shareholders. when the algorithm predicted a director would be unpopular, this did, in fact, materialize, whilst the inverse also emerged, with those directors predicted to do well outperforming rival candidates.

of course, both training and application of technology require one to admit that there is a problem in the first place, and the harvard data suggests that most board members are blithely unaware that a problem exists. few believed their businesses were likely to be digitally disrupted, despite their self-confessed weakness in digital skills.

it underlines the importance of having a diverse range of skills and experiences in your board, and so a good first step is to have an honest audit of the skills and expertise you do have so you have a good evidence base to start from.