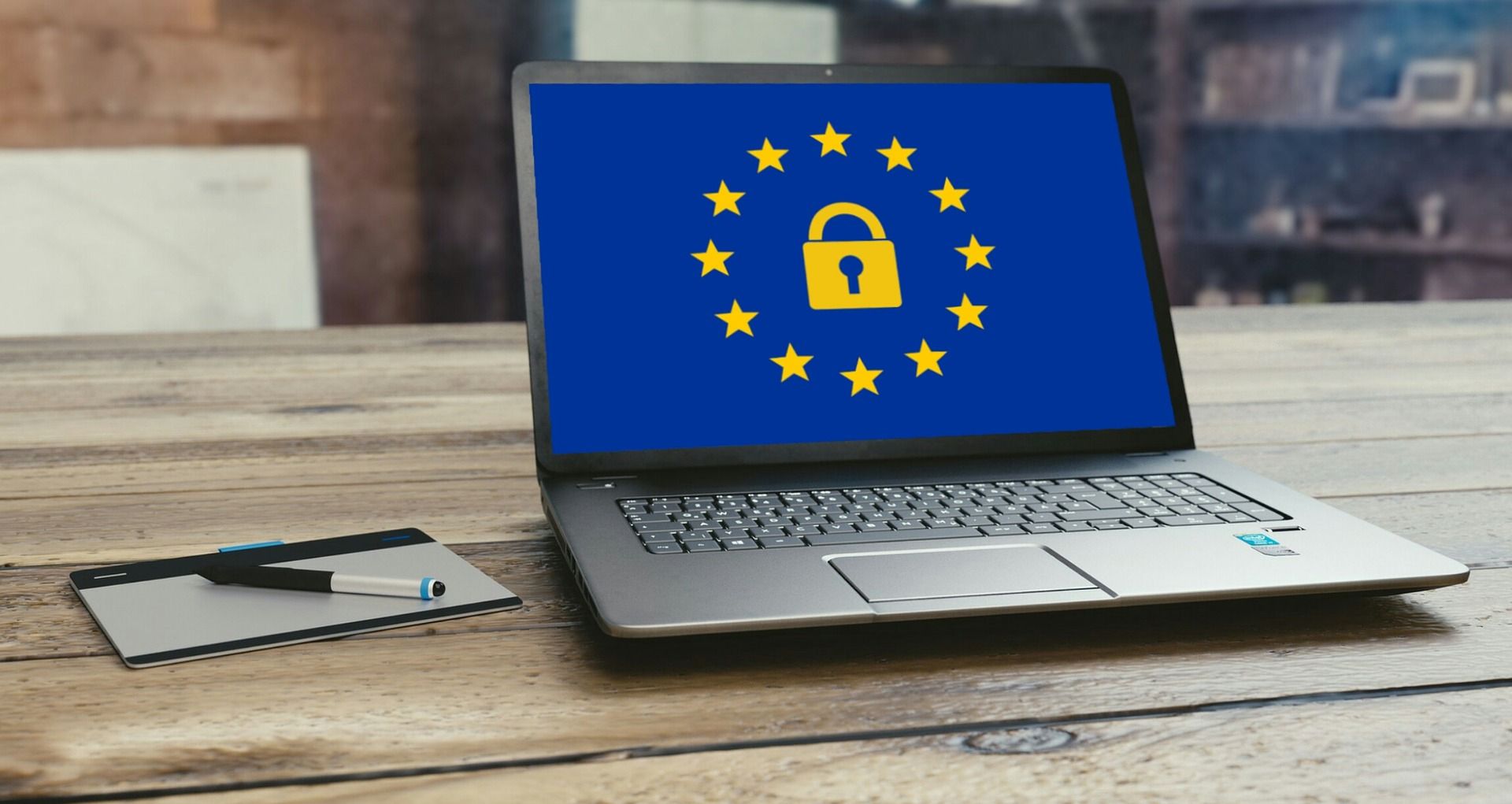 Keeping the cloud and DevOps under lock and key.

DevOps practices are helping companies build software that will function properly in a more automated world and this is what building cloud-native software is all about. While the cloud-native approach is becoming more critical and making life easier for everyone involved in software development, there are still industries that are laggards and kind of scared to move out of their legacy practices. Yes, we are talking about the highly regulated industries like Healthcare, Financial corporations, government agencies, etc. When it comes to adopting new technologies of building software, these industries have always remained slow because of the limitations they carry with them. But recently we have seen so many traditional banks and hospitals moving towards DevOps and cloud-native practices.

You cannot be a cloud laggard these days, dragging traditional systems into the cloud. It is not just software companies that are innovating these days; every company is becoming a software company now.

Being innovative and delivering features and products fast and with quality is the need. Netflix used to ship DVDs through the mail, with an IT architecture centered around an Oracle-based datacenter. Netflix soon understood the importance and leveraged the cloud-native approaches, DevOps practices, and automation. Now, Netflix is the leader in disrupting the technology and has achieved a special status as a cloud-native company that has an unbelievable tech stack.

Why Is It Difficult to Embrace Cloud-Native and DevOps in Regulated Industries?

As microservices and container-based infrastructure are enriching how the software is built these days, new challenges with security and compliance appear for regulated firms.

Now, let us see the use cases of some traditional firms who transformed themselves into a modern software firm through the cloud-native technologies and principles.

Containerization enables accelerated deployment and updating of applications, and provides standardized development environments removing deviations between development and deployment, reducing the risk of security and feature issues brought about by friends in each respective environment. This is particularly true when microservices principles are employed, and the dynamic orchestration is achieved through Kubernetes. Kubernetes handles deployments, maximizes resource utilization, provides “desired state management” capabilities, and enables application auto-scaling.

When it comes to cloud-native, we have to talk about Kubernetes. Kubernetes has become the most widely used orchestration platform, and its acceptance has forced it to mature quite fast and has left the technology community to innovate rapidly.

Kubernetes is ideal for CI/CD automation because it offers many built-in capabilities that make application deployment smooth, standardized, and reusable, improves developer productivity, collaboration, and speeds up the adoption of cloud-native practices.

This is how the Kubernetes graph is growing according the Google trends search interest data.

And the below figure shows how Kubernetes adoption is skyrocketing.

Kubernetes (K8s) in a Regulated Environment

While the benefits of modern software architectures are clear and many businesses around the world are already enjoying faster release cycles, quality features delivery, scalability, and maintainability for regulated industries like healthcare, finance and government are slower to adopt them. And this happens for a good reason — for example, vanilla or managed Kubernetes is not compliant with medical data handling regulations for the USA out of the box.

In this video, Artem Semenov from Align Technology is showing us the basic requirements for making K8s compliant with sensitive data handling regulations and possible technical solutions for making it happen no matter where you run your cluster, on-premise or with a major cloud provider.

Kubernetes in a regulated environment

In the video, Artem talks about making the setup compliant when it comes to employing Kubernetes in regulated industries and in particular, he points out "Transmission Security," securing all your data encrypted if it travels through the network. He explains the Kubernetes architectural options and how did they end up choosing Istio to make sure the data is encrypted and compliant throughout.

A conventional bank running its real business on such a young technology?

Yes, Italy's banking group, Intesa Sanpaolo, has made this transition. Better to say, it is still learning on its way through digital transformation.

The bank's engineering team came up with an initiative strategy in 2018 to throw away the old way of thinking and started embracing the technologies like microservices, container architecture, and migrate from monolithic to multi-tier applications. It was transforming itself into a software company, unbelievable.

These are banks who still run their ATM networks on 30-year-old mainframe technology and embracing the hottest trend and tech is nearly unbelievable. Even though ING, the banking and financial corporation, changed the way the banks were seen by upgrading itself with Kubernetes and DevOps practices very early in the game, there was still a stigma with adopting Kubernetes in the highly regulated and controlled environments like Healthcare, Banks, etc.

Today the bank runs more than 3,000 applications. Of those, more than 120 are now running in production using the new microservices architecture, including two of the 10 most business-critical for the bank.

Read the full case here: "How hot is Kubernetes? Even traditional banks are transforming to embrace it."

Many of the financial technology firms, what now we call the FinTech sector, has evolved over the years and have been progressing with the help of modern application architectures and DevOps tools and practices that are associated with cloud-native technologies. One example is Monzo, the mobile U.K. bank, which is changing the way banking is done. They released their annual report in July citing growth from 0 to 750,000 customers in 3 years. Watch this fantastic video of Monzo's Senior staff engineer, Matt Heath explaining 'Building a Cloud-Native Bank'

HSBC is Rewriting the History With Cloud-Native Technology

One of the world's largest banks is set to become an early user of Google's Cloud Services Platform, to provide core banking services to its business customers. HSBC plans to build its all-new business banking service to run on a Kubernetes-managed container infrastructure using Google's toolset. HSBC also has excellent partnerships with AWS and Microsoft by favoring the multi-cloud strategy. HSBC engineering team believes that moving to a container model under the umbrella of Kubernetes is significant because it means the environment is similar across different clouds.

Recent Capgemini research specific to banks' cloud-native adoption adds, “Once the number of applications moved into this model achieves critical mass, banks can start making large changes to the existing infrastructure to keep costs low. But, until that happens, the legacy investment will continue to be a major impediment to the rapid move to cloud-native that is necessary to address the changing customer and regulatory environment.”

Safeguarding customer data has been the biggest concern for the banks and hospitals, Capgemini’s banking report states, “Cloud-native applications are inherently designed for the new and modern ecosystem—enabling secure and efficient operations. Applications and services are designed to support the way data are shared today."

The Healthcare Sector is Headed Towards the Cloud-Native Era

As we know, when it comes to healthcare organizations, special concerns need to be addressed. But that doesn't mean to hamper the innovation and lower the cloud adoption; it is required to handle a variety of critical IT needs, including a must for increased security, protection of sensitive patient data and meeting regulatory compliance. Despite the initial hesitation, the healthcare sector is increasingly embracing the cloud-native technology successfully.

Healthcare organizations gather vast amounts of critical data on their servers, everything from patient personal info, admission, diagnoses, billing, and discharges. These data needs will only continue to expand and evolve over time, requiring equally augmented security measures and flexibility to remain stable and secure. Legacy infrastructure and old practices won't help here, and this is where healthcare organizations are required to move to the modern cloud practices such as cloud-native, microservices, and hybrid cloud practices to ensure they thrive and survive in the heavily competitive world.

Children’s Hospital of Orange County (CHOC) has employed the DevOps principles way earlier with the help of Cerner’s HealtheIntent® platform. Dr. William Feaster, chief health information officer, Children’s Hospital of Orange County (CHOC), stated something like this, “Transforming the HealtheIntent data and loading it on AWS has allowed us to leverage big data and sophisticated data science tools, along with the elastic compute environment on AWS. This has accelerated our data science work at CHOC.”

Just like the healthcare sector, Government organizations pose security and compliance issues when it comes to adopting cloud-native practices. Government bodies hold much more valuable data and affect adversely to the entire nation if not appropriately handled.

The UK government wrote a blog on their cloud journey "From Cloud First to Cloud Native."

They have explained their cloud-native definition and their approach towards it. Internally, the engineering team has begun to move away from the phrase "cloud-first," and instead start to think in terms of "cloud-native."

To remain competitive and evolving in this highly evolving tech space, the regulated industries must succeed in transforming their IT systems into a more digitally sound systems. Adopting cloud-native practices, flexible tools, DevOps practices, cloud principles, and microservices architecture — these are the ways regulated industries will ensure fast, quality services delivery to the end customers while also make sure safety is of the highest priority.