If you're thinking about or already building an IoT product, there are some things you should know. First, most carriers are planning to sunset existing 2G networks in the next 1-2 years to make room for LTE. Second, most US carriers are no longer accepting new 2G or 3G device certifications and won't allow new 2G and 3G products on the network starting as early as June of this year (even if they're already certified). These rapid changes mean that it's critical for product creators and enterprises to make the jump to LTE if they haven’t started already.

“As US carriers are quickly moving to end 2G and 3G support, and global carriers plan for LTE network rollouts, the timing for an LTE strategy is more critical than ever” - Bill Kramer, EVP of IoT Solutions at Kore.

Cat-M1 is the newest cellular connectivity option available for IoT devices. It’s an LTE chipset that is designed to integrate with sensors — it consumes less power, comes with an improved battery life, and supports everything from water monitoring systems, to asset trackers, and consumer electronics. 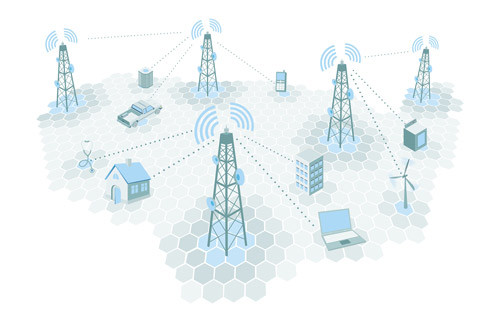 The LTE you use on your phone is the not the same LTE for IoT. For instance, Verizon rolled out LTE in 2014 but didn't announce LTE for IoT until July 2017. From there, it takes time for cellular and wireless chip providers to implement LTE into modules that can be used for IoT applications. While some early chips were released around that time, U-Blox, a wireless module provider, became one of the first to offer a cellular module certified to support AT&T's LTE‑M network with the release of their SARA‑R410M module. With the SARA-R410M, IoT platform providers like Particle finally had the modules they needed to offer LTE to their customers.

“LTE hardware is cheaper and has better battery life and ranges that are more appropriate for industrial devices that may need to communicate across distances or through obstacles (like walls, other machines, doors or floors).” —  TechCrunch, Jonathan Shieber

This isn’t the end of LTE for IoT either. Narrowband IoT (Cat-NB1) is a proposed Low Power Wide Area (LPWA) technology that is supposed to work anywhere and is optimized to handle small amounts of infrequent data. Currently, North America and Europe are adopting Cat-M1 and Cat-NB1 technologies, which goes to show that many LTE solutions are still in the works and will continue to be improved upon over time. Due to this, product creators and enterprises should be turning their attention to LTE hardware if they want to work undisrupted for the next 10+ years.

The State of Roaming: NarrowBand IoT and LTE Cat M1

Getting Started With Cat-M1 and NB-IoT: Business Uses Cases and More