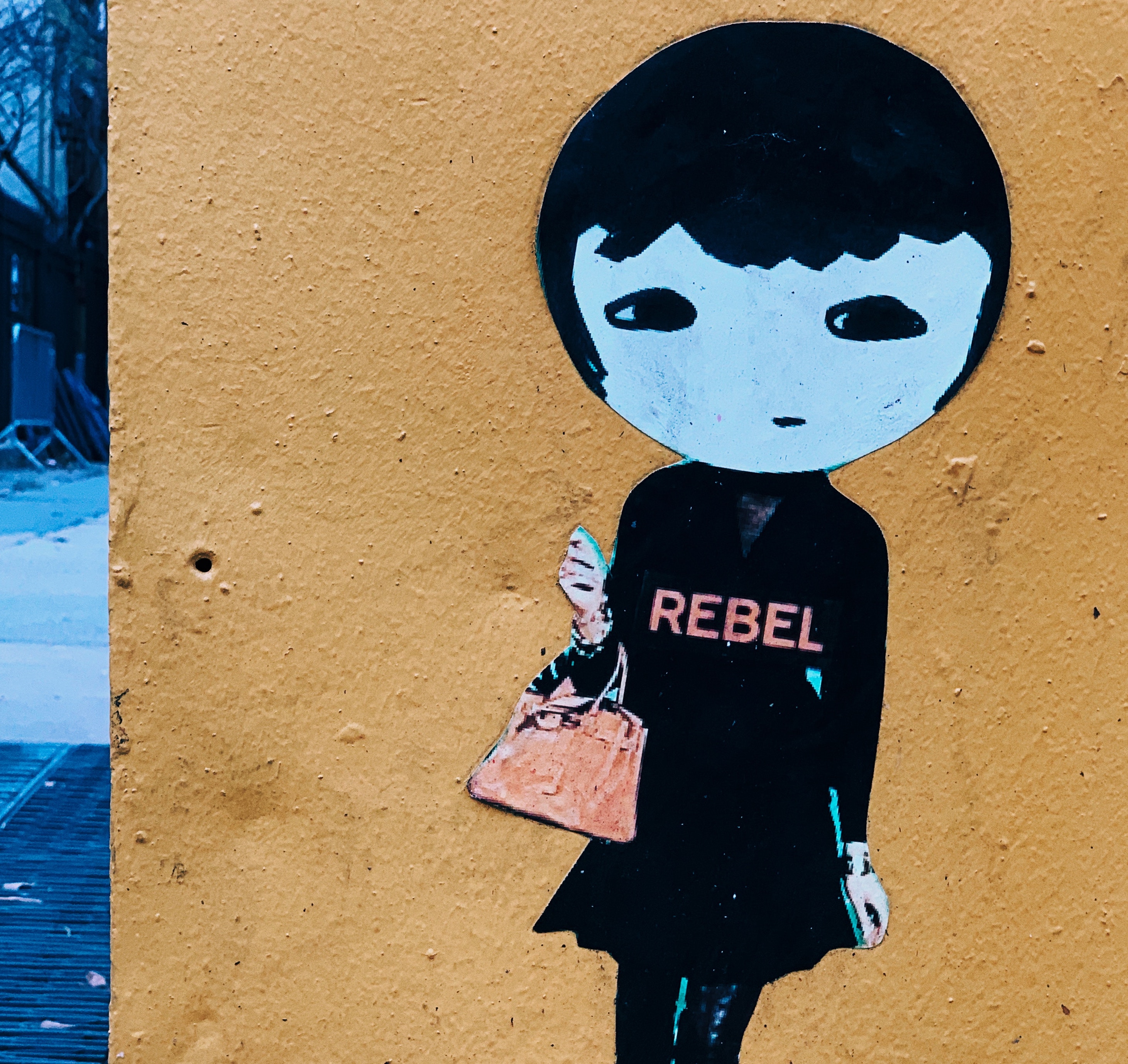 Women in tech are fed up, and for good reason: More than a few companies in recent years have had to singlehandedly fund their publicists’ vacation homes to recover from headlines like this one. And this. Oh, and we can’t forget about this one.

As if it weren’t bad enough that women have been forced to accept unwanted sexual advances, career trajectories that might as well be frozen in carbonite, and pay gaps that actually grow with experience, there’s this (totally not sorry) bullshit: Programmers like Yegor Bugayenko feel it’s their responsibility, née calling, to put women back into their so-called rightful places – as far away from the tech world as possible.

Now, there is a major part of me that thinks the last thing we need to do is call attention to someone like Mr. Bugayenko. His viewpoint is hurtful, ill-informed, and all-around unhelpful. Women are going to be a part of tech for the foreseeable future – well, at least until the plot of The Handmaid’s Tale becomes our reality.

In the meantime, though, I can’t help but feel like something needs to be said. Sure, women have been organizing walkouts in protest, but this doesn’t seem to be enough. Because let’s be real, the only way lasting change ever happens is when people can actually experience what it feels like to be on the receiving end of such vitriol.

And in this case, there are a lot of women – many of whom you sit next to or interact with every day – who feel disrespected, objectified, and honestly just hopeless at this point.

So without further ado, here is my attempt to level the playing field, using Mr. Bugayenko’s own words with a few minor tweaks. While I hate to encourage anyone to read his piece, so aptly titled “Am I a Sexist?,” you really do need to to get the full effect.

For Everyone in the Back, I Don’t Actually Mean a Word of This

Like our dear friend Yegor, I, too, am a big fan of freedom, and I agree that the time has come to adjust our notions of what a functionally autonomous society should look like. There are, as he points out, all sorts of people who undergo justifiable discrimination every day, you know, for their own good. “Kids are not allowed to buy alcohol,” after all, and they’re obviously the better for it.

Yep, the time has come to properly liberate our society, relieving those currently in charge of the burden they’re so clearly ill equipped to bear. It’s time for our men to find a new arena – as far away from the tech world as possible – where their machismo and emotional delicateness can be kept safe once and for all.

When I was a little girl, my parents told me to be a lady. What this actually meant was that I had to put on my big girl pants and start mothering ‘em young.

I kid you not, I can remember the following scenario going down practically every day of my childhood:

10-year-old me: “Oh, Timmy stole your rocket ship, and now you want to beat him senseless to get it back?”
12-year-old neighbor boy: “Yeah.”
Me: (Goes and grabs toy, returns it to avert WW3. Mutters ‘children’ under breath as visions of future married life flash before eyes.)

The boys were wild, unruly, troublemakers in every sense, so they needed us girls to show them how not to destroy every blessed thing in their paths. Being under the gun of that much testosterone obviously wasn’t easy. It’s a good thing our estrogen keeps us so mellow.

“We Must Not Be Equal, Because We Are Different”

Now it seems, though, that I was raised a sexist, since I always knew that women were the ones meant to run the world – it isn’t, after all, a smoldering ruin at this point, and just who do you think is responsible for that?

But do I feel ashamed? Not at all.

Do I believe gender equality is about making men and women fully equal in all aspects of life? Not at all.

Thanks to this inequality, women actually find men attractive, fall in love with them, marry them, and have (additional) babies with them. Thanks to this inequality, I myself had the nerve to ask out my future husband for the first time, even though he was technically my boss, and even though I had already seen that he lived like a hoarder. My unique talents would certainly never go to waste in this relationship; he clearly needed someone to mother him back onto the right path.

Now back to the main problem: men in tech.

I’m not actually a programmer myself, but I did stay at a Holiday Inn Express last night. So, I know what it’s like for these boys on the job. When they’re not enjoying the endless coffee, chef-prepared food, nap pods, and beer taps – which so many tech companies are known for these days – they have to use the “rigid logical thinking” that only their brains can perform. And as Yegor himself explains, “it’s hard.”

And then, of course, they can’t help but wage war again, this time against the machines that have the audacity to run the code they were programmed with rather than the code still locked away in those cavernous male skulls. Real men do not make mistakes.

And don’t even get John started on how much of an incompetent jackass Steve from QA is. Who is he to say that John’s code is “unmaintainable and unreadable?” Screw that guy.

I don’t feel good about sending men, whom I was raised to take care of from infancy, into an environment where they can so easily succumb to these combative instincts. This clearly isn’t good for them or for our businesses. How many times can a building be set on fire before insurance no longer foots the bill?

I also don’t like the idea of men being police officers, soldiers, surgeons, or firefighters. The last time I checked, rage and a sensitive ego does little to save a life.

Luckily, however, there are plenty of women who can do these jobs instead.

Do I respect men who write code on a daily basis? Of course I do. A lot. Because I actually have the ability to empathize with what they’re going through. Would I recommend my boyfriend do the same? I don’t think so. I just think he’d be better off staying home. You know, for his own good.

Am I sexist? Maybe so. But that’s how I was raised, and I’m proud of it.

A Happy Workplace Is a Successful Workplace

A Diatribe About Meetings for Developers

We Need to Talk About These Tech Job Titles