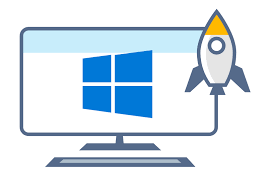 Using an outdated OS can leave a back door open for cybercriminals to sneak into your network. Updating can be helpful, but there's an even better solution: you can upgrade to the latest OS. There's no doubt that Windows 7 is a successful OS, but Microsoft will stop supporting Windows 7 at the start of 2020. Organizations have little over a year to make the move from Windows 7 to Windows 10.

Why Should Enterprises Migrate to Windows 10?

The famous WannaCry ransomware attack exploited 300,000 computers through a vulnerability in outdated Windows XP, Windows Vista, and Windows 10 operating systems. The attack was so widespread, it caused disruption in businesses spanning across 150 countries.

Vulnerabilities in unpatched OSs aren't the only problem you'll have to worry about if you don't upgrade to Windows 10 or another supported OS — third-party applications can also develop new vulnerabilities. Not to mention the developers of these apps may end support for outdated OSs. An outdated Adobe Flash Player or unpatched browser can be simple targets for cybercriminals, making your organization easy to breach.

Microsoft won't stop supporting Windows 7 immediately; it will be a gradual process where security updates may be offered in special cases, but you'll have to pay for support. So why spend more on an outdated OS when you could use those funds to upgrade to Windows 10?

How Is Windows 10 More Secure Than Windows 7?

Windows 10 will force auto updates whereas Windows 7 allows users to manually control these updates. Microsoft has taken many steps to strengthen Windows 10, and the evidence is in the numbers — WannaCry hit a huge number of Windows 7 computers but Windows 10 computers were left unaffected.

Windows 10 also comes with a feature in its Enterprise edition and Windows Server 2016 version that offers enhanced security for login credentials by processing the Kerberos and NTLM hashes in an isolated container when used by a Hyper-V or VM-based security system. According to an article from ZDnet, "the rate of malware for Windows 10 was 0.07 [malware files present] compared with 0.16 for Windows 7."

So You're Ready to Switch to Windows 10, but Where Do you Start?

While there are a couple of OS imaging and deployment vendors that can help you move from Windows 7 to Windows 10, picking the right one can be challenging. Here are five features to check for before choosing a tool:

If you can find a tool that does all this, then migrating from Windows 7 to Windows 10 will be easier than you think. ManageEngine's Desktop Central offers an exclusive add-on called OS deployment, which offers all the features mentioned above to simplify your Windows 10 migration.