There are plenty of failure possibilities with Scrum. Given that Scrum is a framework with a reasonable yet short “manual,” this effect should not surprise anyone. To make things worse, a crucial success factor of every Scrum team is not even mentioned in the Scrum Guide: Any organization that wants to employ Scrum to learn faster than its competitors needs to have a solid failure culture.

Join me and explore the consequences of not living a failure culture in less than three minutes. 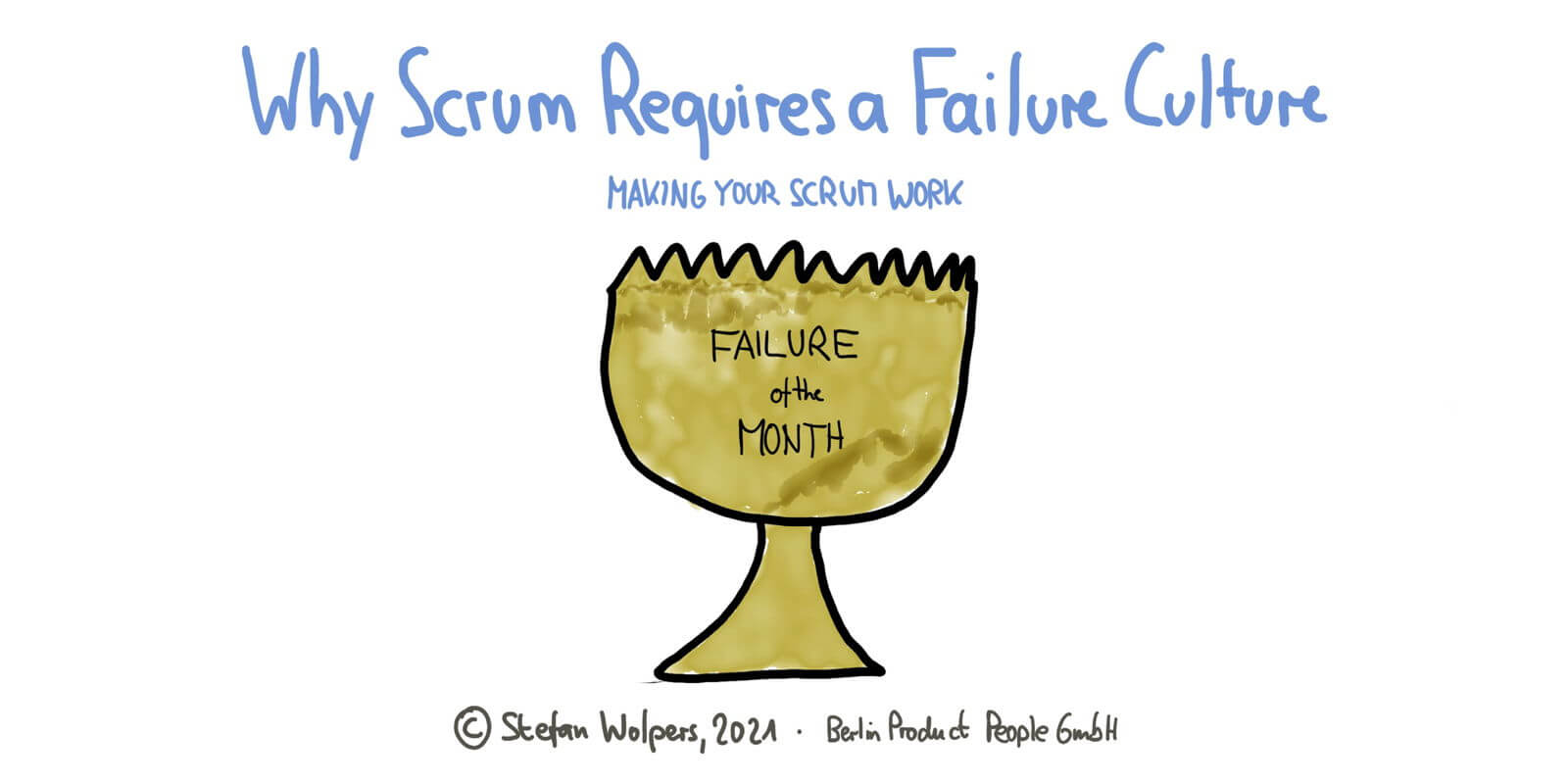 Why Embracing Failure as an Option Is Essential

Scrum is about figuring out what is worth building to improve your customers’ lives while mitigating risk in a complex environment. Literally, we do not want to bet the farm on a hunch what customers will purchase in the future. Hence, we employ empiricism—based on transparency, inspection, and adaptation—in a continuous feedback loop that allows us to defer an investment decision to the last economically feasible moment in time.

However, despite all this mitigation effort, any Sprint Goal remains a hypothesis until we release the resulting Increment into the hands of our customers. The release is the moment of truth, and occasional failure is inevitable—even for the best Scrum Teams. Therefore, the question is not if we will fail, but when we will fail. Moreover, how we will deal with the failure.

What Happens if There Is No Failure Culture

A former client of mine, a large utility company, practiced at the time a no-failure approach to promotions: A failed project on your internal record meant you would not take the next step on the career ladder. As a result, everyone played safe, which resulted in short-term orientation as not-failing became more important than innovation. Consequently, the organization was increasingly struggling to attract new (tech) talent when software started eating the world.

Suppose “good” failure is not celebrated as a critical part of the learning process, and incrementalism becomes the name of the game. In that case, the Innovator’s Dilemma, as coined by Clayton Christensen, becomes a more likely fate of the organization. If resilience is a worthwhile goal to achieve, think of Netflix’s chaos monkey, failure needs to be an option.

And failure needs to be openly discussed—without repercussions—so everyone can learn from the case. And as it should be, leaders need to confess first. One approach could “failure nights,” or sharing your wrong decisions from the past openly. For example, see Bessemer Venture Partners’ “The Anti-Portfolio. Honoring the companies we missed.”

Any organization that wants to employ Scrum to learn faster than its competitors needs to have a solid failure culture. In a complex environment, the question is not if we will fail, but when we will fail. Moreover, how we will deal with the failure. In my eyes, failure needs to be openly discussed—without repercussions—so everyone can learn from the case. By all means, avoid turning failure into your organization’s innovation scarecrow.

How is your organization failing to embrace a Scrum failure culture, thus impeding Scrum? Please share them with us in the comments.