What really makes a transformation of your organization successful? Which elements should be in place? Which complicated framework for scaling agile should I choose? I tend to feel disappointed when trying to think of the number of organizations which actually succeeded in such a transformation. We, the Dutch, should be absolute rock stars when it comes to scaling agility given our rich nautical heritage. Let me explain.

In the past couple of years, I have heard the following statement a lot: We want our organization to transform from a big oil tanker to a fleet of small sailing boats.  And yes, that would indeed be a nice metaphor when attempting to describe a typical large-scale introduction of Agility. These statements are always made by management teams. Let me be clear, there is nothing wrong with this statement, I like it actually quite a bit. But I could never think of a clear recipe for making it work. While contemplating about this my thoughts brought me back to one of the best summers of my life. And there might lie some insights.

When I was in high school we went sailing for a week during our summer holiday. This camp was a self-sustaining camp, we cooked our own meals, had a schedule for cleaning and we trained our own ‘skippers’.  At the end of the week, we closed off by demonstrating our skills with a parade called ‘Admiraalzeilen’ which can best be described as synchronized sailing. This parade works as follows. All boats sail equally fast, make the same maneuver at the same time, all under the direction of one skipper called the ‘ admiral’.  It looks something like this:

As you might imagine this is extremely difficult to master and has some prerequisites to make it work. First, let’s dive a little into the history.

Already in the 12th-century merchant boats have used this technique to better withstand attacks from pirates or warships. In the 17th century, ‘ Admiraalzeilen’ became an extremely popular in transportation and warfare.  Because of ‘ technological’ innovation, boats became larger, heavier and received more firepower. This made strategic maneuvering more complex, but to outmaneuver the enemy this became necessary. The ability to be able to maneuver fast and flexible led to a new way of controlling the fleet, called ‘ Admiraalzeilen.’ 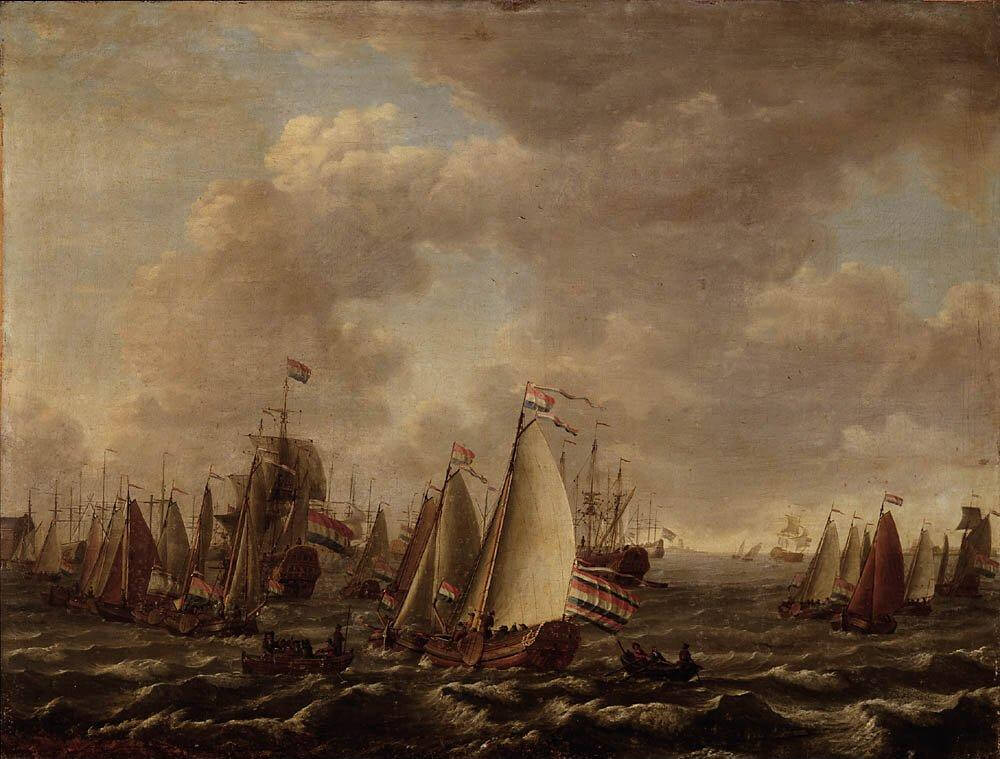 A fleet would be divided into a smaller squadron with boats of the same type. This would make sure that differences in speed would prevent a squadron from breaking up. Each squadron was appointed an admiral, typically the first boat, which would decide the course and the maneuvers to be taken. Even today, large aircraft carriers, operate in a way with seem similar to this approach.

Each Boat Needs to Be Roughly the Same Size and Type

In order to make this work, the entire squadron needs to be the same size and probably the same type. If you create a squadron consisting of one large boat and multiple smaller ones. Making a turn at the same time is impossible. Try turning around 180 a smart and a limousine at the same time, they will never be done at the same time and will definitely not be in the same place. Also controlling the speed of different boats is difficult, even if you have the same type of boats speeds differ but the difference would be controllable. So looking into your own team, please make sure they are roughly the same size and operate in the same value chain. This would make maneuvering and managing speed more easily. 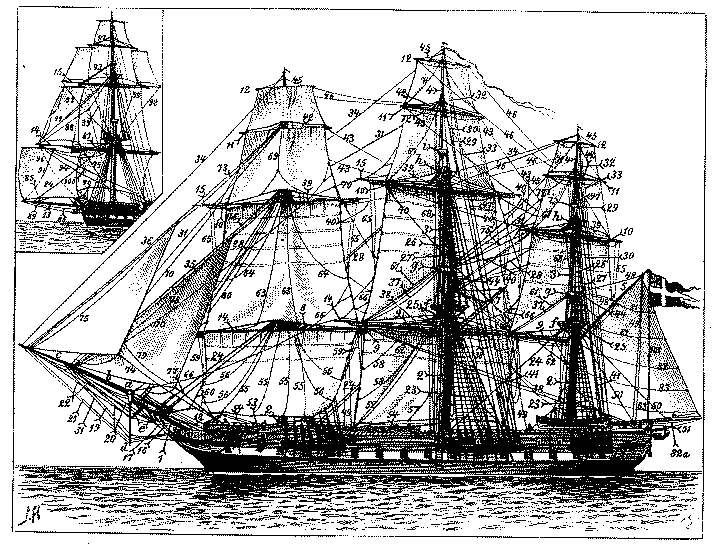 Each Boat Needs to Know How to Sail

Obviously, having a squadron with an Admiral being the only one who knows how to sail will never work. So training is of the essence here. This is why Scrum is a great way to teach people how to ‘sail’. It is the common language that everyone understands like in sailing. Everybody on a boat should know what ‘Starboard’ means, what a ‘ Mainsail’ or ‘Jib’ is etc. For a small boat, it’s easier to learn, imagine if you want everybody to know how a frigate works. Good luck!

Each Squadron Needs an Admiral

Each boat has a captain (product owner) deciding on the direction. But a squadron needs an Admiral, responsible for deciding the direction of the squadron, come up with a strategic battle plan. A responsible job since the Admiral needs to take into account the capabilities of the Squadron, the surroundings of each boat, etc.

When Does It Fail?

Change Course at the Time

As you can see in the movie above the boats maneuver slowly, it takes time to execute a change of direction, it will slow the boats down. If you change direction too often each boat will end up just floating and no boat has any control anymore leaving them vulnerable to the tide of wind. And when these elements take control of your squadron you will end up stranded or on the bottom of the ocean. Maneuvering should be thought of carefully and after each maneuver boats needs time to regain their velocity.

Ignoring the Environment of the Entire Squadron

Nothing is more frustrating that having an Admiral deciding on a manure that is only considered to work for the first (few) boats. During our sailing camp we numerously ended with a couple of boats in shallow water because the admiral forgot that making a turn will not have the boats end up in the same position, but each in a different position. That is also why you needs skippers on a boat to keep thinking for themselves. In such cases, it would be better to break away from the line then to ‘lose’ a boat.

Expecting It to Work on the First Try

This one is too obvious but I see it go wrong many times. You will fail, a lot! So can have meetings until you drop but you only learn when you actually start doing it. As long as you make sure everybody knows how to sail you will be fine. I see organizations create comprehensive Powerpoint presentation. Being the result of a trillion meetings with expensive people to get it right the first time. Yes, there are tricks! There are good practices! But you should only apply them if you need them. having 15 boats do the same maneuver at the same time is difficult enough. Why bother them with all kinds of scenarios that will never become a real life situation. The wind, tides, currents and even people are different and act different every time!

Are We Scaled Agile Rock Stars?

No, we are not, apart from our nautical heritage, we, the Dutch are also famous for something else. ‘ Polderen‘, we tend to lose ourselves in trying to have everybody involved in agreement with the direction we are going. So we end up in countless meetings where we talk a lot but hardly every decide. That is the primary reason we, the Dutch, are still struggling with scaling Agile. But we do have to potential to be rock stars!

Check out Nexus and find out it’s impressive that a technique already proven in the 12th century still works!