For digital marketing enthusiasts, the theory that chatbots will probably overtake mobile apps soon is no shock. It is expected that chatbots will replace mobile apps as a medium of client engagement by 2020. According to a Gartner’s report, 85% of the interactions that happen between companies and their customers will soon be happening without any human intervention.

A chatbot, as we know, is a software program that conducts a conversation through a voice or text medium. Chatbots are a reasonably new phenomenon. Since 2016, chatbots started surfacing as a method of handling customer interactions in an automated manner. As different domains within any organization see the implementation of various automation tools, client servicing, and support has not been left behind either.

Chatbots can do basic interaction with customers and form an alternate channel for sales as well. It scores over mobile applications because chatting is more inherent to human behavior than dealing with a static mobile application. Hence, they give customers a more satisfying experience. 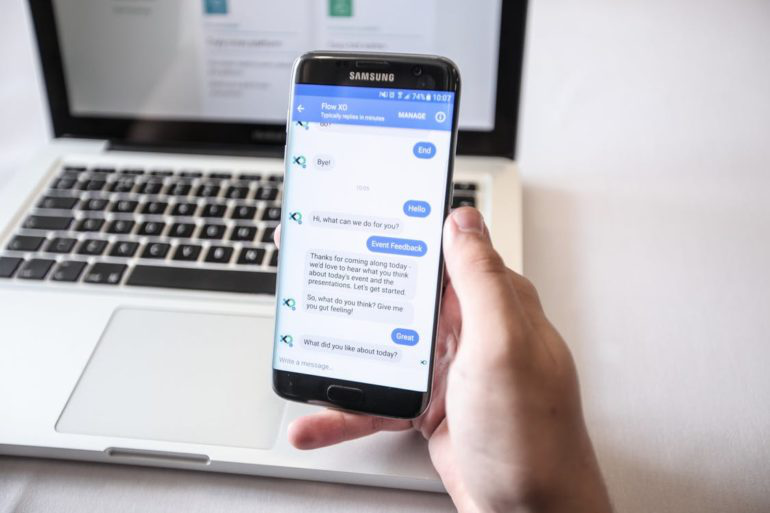 Another reason why experts are positive over chatbots taking over the mobile applications is the stagnancy in the growth in mobile apps ecosystem. Apps became immensely successful post its launch on the Apple store in 2008. They are convenient and accessible and changed the way we used our phones. However, a Gartner report mentions that 2015 saw a plateauing of the app usage trend. With the app stores inundated with apps, and the smartphones having a limit on storage, the app download numbers eventually started showing a saturation. While trends were showing an increase in app usages or in the diversity of apps, the number of apps per user stayed the same as per a report from Nielsen.

Hence, as apps have a limited window frame in which a customer would like to keep it on his phone. Because of this, there was a need for an alternative way to reach customers effectively. Chatbots became an answer to that. As high as 75% of smartphones carry some messaging app like WhatsApp, Facebook messenger, Skype etc. All major corporations have created chatbots which can reside on these messaging apps and reach customers when they want to.

Chatbots are intelligent assistants that can answer client queries without the chance of a human error. They can offer a plethora of information in concise sentences. They are easier to read and write upon. They are informal and easy to use as well. Customers find their unified interface both comfortable and quick. Chatbots can also train themselves. They do not take too much time or require higher data speeds to load themselves. Moreover, they do not take extra storage space. 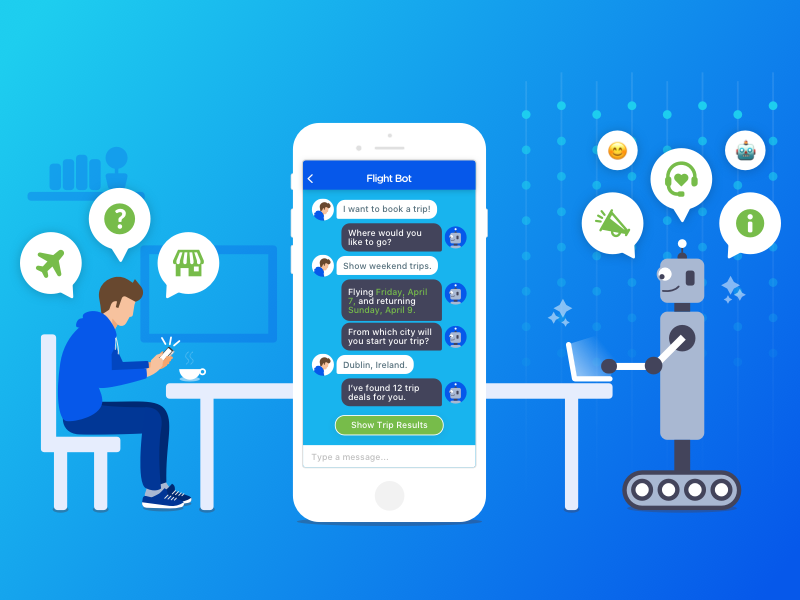 Chatbots will also ride on the success of messaging apps. As we know, messaging apps are proving to be a winner. For example, Facebook messenger gets 1 billion users every month and it has spread faster than Facebook itself. It is easier to chat via text mode without having the need to call a person. As messaging apps become more critical as a communication tool on the mobile phone, organizations are going to need chatbots so that they can be as omnipresent as messaging apps are. It will mean faster and more efficient engagement.

All the above arguments favor the chatbots heavily versus the mobile apps. To put succinctly, they are more efficient, faster, easier, and more economical. And they solve the problem of storage space in a smartphone that a mobile app possesses. For developing companies, it means easy, round the clock access to their customers without having to maintain call centers run by humans, which are prone to human errors. As customers prefer working with chatbots, they are all set to overtake mobile apps.