i remember getting all excited about a new concept, called service oriented architecture , for the first time in the late 1990s. as i read the publication talking the benefits, expectations, and promises, i was excited of the path before me. then, my friend steve (who had programmed on the mainframe and was an engineer in the data center of a large insurance company) told me, "my friend, this technology has existed for years ... on the mainframe."

i had no idea that was the case, since my career had focused outside mainframe computing.

that made me wonder what other aspects of technology might find their way back into the mainstream. what about the flip phone ?

the flip (or clamshell) phone got its name from the ability the device had to collapse closed when finished using it. as a result, the height of the phone itself was reduced to right around 50% and allowed for easier storage when not in use. 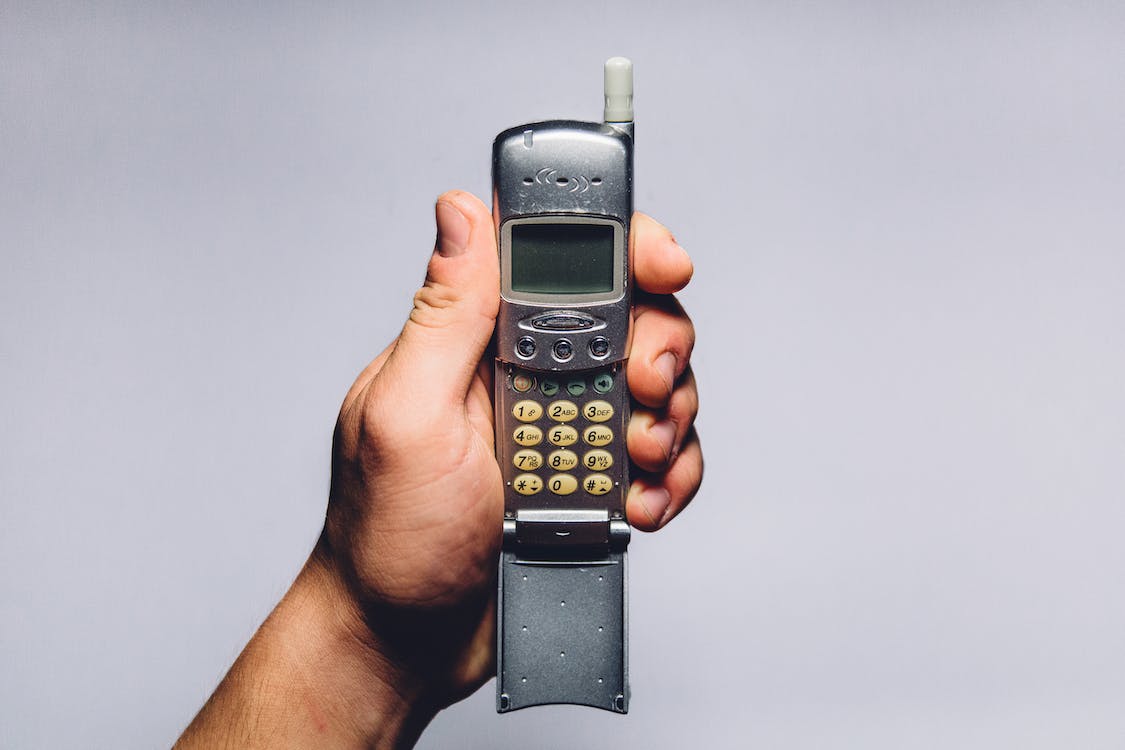 when opened, the flip phone looked and acted like a normal phone. the angle of the two main pieces often lined up well with the user's ear and mouth - not too much different than the handsets used by landline phones successfully for decades before mobile phones came to market. most of the time, the screen occupied the top section of the opened phone and the numeric buttons and action keys occupied the lower section.

the more advanced phones of this design included a second (smaller) screen and some function buttons that were visible when the phone was in the closed state. these elements provided the end-user to review the number that was trying to reach them, without having to answer the phone - rejecting the call if desired.

for the record, my first (and only) flip phone was the motorola startac , which i thought was super cool at the time. i really enjoyed the very small design - especially when most were wearing their phones on their waist. the startac was small, but distinctive - like the lululemon logo on athletic apparel. the only problem i had with my startac was the battery life, which became a concern when working on projects in rural areas that only offered analog coverage at the time.

the slider phone emerged after the flip phone had achieved modest market success. the design was slightly different and was focused on providing more productivity to the consumer. by this point, using the mobile phone for more than making calls had become a priority. the slider allowed the phone to slide open, revealing a keyboard which would be used for sending sms /text messages initially. later, this keyboard became useful to communicate using applications that were installed on the mobile device.

as i think through my collection of mobile phones, i don't believe i ever had a slider phone - including a stint of company-provided blackberry devices i was required to use. however, just recently a family member finally let go of his flip phone. yes, in 2017. prior to this exchange, he loved his flip phone and how quickly he could communicate (via sms/text) by simply sliding open his phone and typing away using the miniature keyboard.

is there a future for the flip phone?

my biggest concern as i read about the newer mobile devices that emerge each year is the size of the devices themselves. i have always been one to keep my phone in my pocket. having to first wear a pager on my belt, then my first several mobile phones, it just wasn't me to want to have a device clipped to my belt. i mean, the startac thing was kind of a symbol at the time, but those days are certainly in the rear-view mirror for me.

a concern i have about the flip or slider phone is the non-screen portion of these designs. keep in mind, both were popular when usage patterns were geared at making calls or performing typing-based actions. as time has evolved, end-users have adjusted to typing on the screen in favor of having a larger screen to use.

each time i visit my mobile provider to replace my device, i have the concern of how easily the phone will be to stow when not in use. in my part of the united states, the range in climate can range from below zero during the winter months to nearly 100 degrees during the peak of summer. as a result, the ability to keep my device protected and available throughout the year in its stand-by state is important to me.

so, is there a future for the flip phone?

with oled and amoled viewing technologies, plus other similar screen technologies, mobile device manufacturers might be able to use this technology to allow the phone to collapse again, but be comprised of a single screen which folds closed when not in use. for my needs, the screen size could continue to become larger, since the size would be reduced when the device was "folded" closed when in stand-by mode.

a second screen (or maybe two screens) could reside on the outside of the device as well - to not require the consumer to flip open the device to see who or what was trying to communicate with them. this could also add the benefit of showing one set of information on the core screen, while the other screen(s) provide additional information on the other side. just an idea.

i am not a designer of mobile devices. i am simply a consumer who enjoys having a functional device, which i prefer to fit in my pocket when not in use and wondered if someday in the future i might acquire another flip phone.

one cool thing that would be part of the flip phone making a comeback would be that i could be like my friend (steve) was to me early in my career and respond with "my friend, this technology has existed for years" when someone told me about this new folding phone concept.

have a really great day!