When you think of wearable tech, a wristband, watch or at a stretch, ring most likely springs to mind. Despite the hopes of early predictors that tech embedded clothing would become a useful, functional component of our wardrobe, we are largely left with a series of functional sports and exercising clothing for the super athletic and a bunch of creative one-off prototypes and made for show catwalk couture that spends its life languishing in museums and galleries. Where is the wearable tech that we thought might come to fill our wardrobes? I spoke to Alexander Gruber, founder, and CEO of Colorfy who recently attempted to kickstart their first shirt, to find out what the lived experience is for people working in wearable fashion.

Colorfy is a Berlin/San Francisco design firm that creates IoT products, both independently and collaboratively, and they've worked products such as indoor beacons, VR glasses, and smart portable batteries and they've partnered with organizations such as Phillips and Texas Instruments. The story of how they got into connected clothing is an interesting one: their foray into wearable tech occurred after Gruber happened to be seating in an airplane from San Francisco next to Dilan Gooneratne, a board member of one of the leading Asian conglomerates in the clothing industry. Based in Sri Lanka, it makes clothing for brands like Victoria’s Secret and Nike. They struck up a conversation and the rest is history.

Well not really. What makes Gruber distinct in tech fashion is that he believes that the whole fashion industry needs to make a change from their focus on mass-produced fast fashion that is environmentally damaging. He also believes that connected clothing need not appear high tech:

"With new materials, fabric-embedded sensors, and wireless connectivity, opportunities for innovations in this field looked limitless. It struck me that a majority of 'tech fashion' thinkers used these opportunities only sparingly. They probably thought that you need to make a parade of your tech if you want to sell people on the idea of tech fashion. I believed the opposite; in clothing, the tech should be invisible." 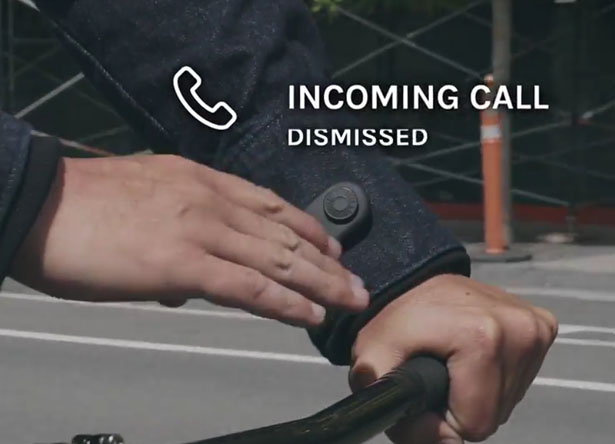 This is a salient point, and one other designers have been adopting of late in their efforts to make wearable clothing go mainstream. Google's ATAP department has been hard at work on Project Jacquard, a Levis denim jacket that uses in-house created conductive yarn to create touch and gesture sensitive areas on the jacket sleeve. Wearers can interact with music and map apps and dismiss phone calls with a swipe on the sleeve or double tap to get directions. The conductive yarn fibers are connected to a detachable smart tag which sits on the cuff and provides connectivity to the wearer's smartphone. This can be removed to plug straight into a USB port to charge. The jacket was launched at this year's SXSW but buyers can only signup for release dates. It's not Levis' first foray into connected fashion, some of you might remember Levis ICD+ jacket in 2000

Then, of course, there's one off's like the contactless jacket by Lyle&Scott last year, where a small bPay chip was embedded into the cuff, enabling the wearer to pay for goods with a tap.

What's in a Shirt?

Colorfy's shirt, named 10ELEVEN9, contains some interesting innovations. It possesses all the pockets you'll ever need as well as two RFID-blocking pockets to protect your passport and credit cards from scamming. An embedded tiny device that improves your posture by vibrating every time you slouch, tracking your posture to a corresponding app. It also monitors your heartbeat (with a built-in sports bra in the women's shirt to enable it to fit close to the skin).

Cufflink-like buttons mean you can take a phone call or reduce the volume of your Bluetooth-connected ear plugs by simply tapping or swiping, and control connected home products. They also provide visual and haptic notification as feedback. A tiny camera at collar height is also available. There's open APIs for future creatives to join in with their own ideas.

But Fashion Is a Tough Business

Anyone who works in fashion knows that the bigger challenges are the realities of the retail market, such as manufacturing, mass production, transport, seasonal cycles, and pricing.

Gruber explained that some of their biggest learnings have been in communicating the use cases of their shirt and why people would want to buy it:

"When we talk in terms of how we cluster the functionality everybody gets it and everybody finds it useful and helpful. What we learned, where we really failed on paper, is in messaging the functionality and the core benefits. Some people struggle to understand, what does the product do for me?"

As with any newcomer in fashion, the design of their first shirt has been met with varied opinions due to its rather futuristic style:

"Even though we think it's something very minimalist and simple, it doesn't speak to everybody in itself. So people are confused, and when we showed the one that looks like a traditional shirt, everybody starts smiling. People really want to find something that fits their style. We totally underestimated this, to be honest."

Gruber and his team are already thinking of future iterations of their technology.

"We're working to automate with IFTTT and Alexa. We want to build a connection with AR games like breathing exercises and a ball you need to balance on your arm, to make it playful."

But Will Wearable, Connected Clothing Ever Go Mainstream? 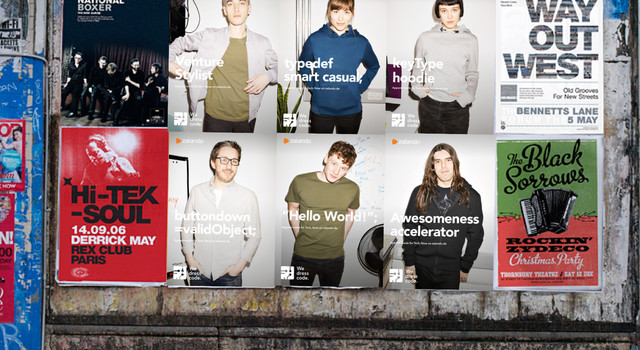 I was amused to see that highly successful German fashion retailer Zalando recently launched a brand called Wedresscode that is "by programmers and for programmers." It pretty much fulfills every stereotype in tech - a collection of hoodies, shirts, and t-shirts. But, it's still not mainstream. So, if tech people - those who are presumably most familiar and receptive to the benefits of the embedded devices - aren't embracing the fashion, then who will?

Already we're starting to see developments that could be termed Wearables 3.0 where wearables are skin-like, stick on synthetics, such as the L'Oreal UV patch that measures skin exposure and Cute Circuit's Graphene Dress with an enhanced stretch sensor that captures the breathing pattern of the wearer. Such small scale creates the concern of how (and where) to put wearable tech into bricks and mortar stores and the challenges of mass production and creating clothing to scale. Will the demand for connected clothing fall by the wayside or will those devoted to fashion tech be able to bring it back from the brink? We'll just have to wait and see.