In case you missed it, Amazon released a preview version of Corretto 8 — its pending alternative to Java SE 8.

Its big selling point? Free long-term security and performance support through June 2023. And when Corretto 11 launches next year, that version will get LTS through August 2024.

Currently, Corretto 8's preview can be installed on Amazon Linux 2, Windows, and macOS and is Docker-compatible.

The Search for Java Long-Term Support

This year, a theme in the Java community was Oracle's roadmap for support. With the sped-up release cadence, LTS options have been limited to every three versions — 8, 11, 14, etc. With that in mind, it doesn't look like AWS is going to break the mold by, say, offering a Corretto 9 with LTS. It seems like Amazon is sticking to the "major" releases.

However, that's probably enough, at least for starters.

According to our own research (conducted back in May), our readers are mostly using Java 8 anyway. 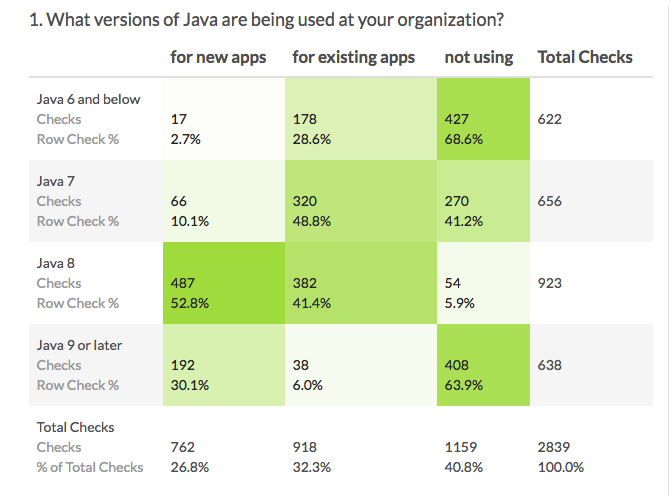 Snyk's 2018 JVM Ecosystem Survey was even more clear-cut when asking which JDK version developers are using:

So yeah, Java 8 is probably a good place to start (all hail lambda expressions).

Looking at this all a bit more cynically, this could be a way for Amazon to retain its market dominance. With the rise of multi-cloud architectures, enterprises that can afford the cost aren't settling on one cloud provider anymore. And just looking at the numbers ... 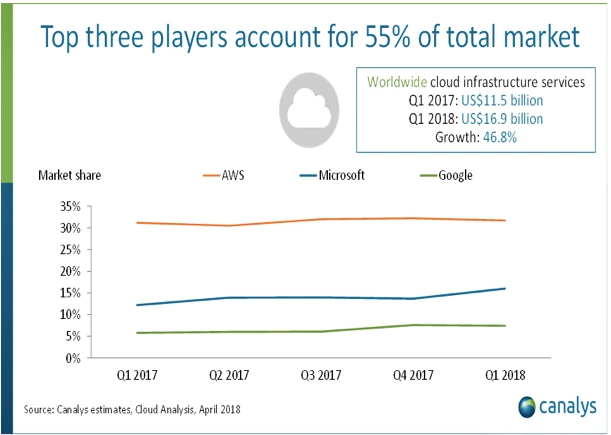 ... only one of those lines is moving in the right direction — and it ain't Amazon's.

That being said, I'm not sure my own argument holds water. These days, cloud providers are pretty quick to adopt each other's most successful features. How long will it be before Microsoft releases Carajillo 8 and Google follows up with GCP Rüdesheimer? After all, it's not like OpenJDK is hidden behind lock and key.

Let us know what you think in the comments below.