At 12:54 PM on 2/22/2013, I received the following DOWN Alert message from Pingdom for my OakLeaf Systems Azure Table Services Sample Project demo from my Cloud Computing with the Windows Azure Platform book:

When I attempted to run the sample Web Role project at http://oakleaf.cloudapp.net, I received an error message for an unhandled exception stating that an expired HTTPS certificate caused the problem. Here’s the Windows Azure team’s explanation:

Prior to this incident, the sample project had run in the South Central (San Antonio, TX) data center for nine months within the 99.9% availability SLA, as reported in my monthly Uptime Reports. Here’s the latest monthly uptime report data since June, 2011:

Following is the historical report for those services affected by the expired certificate: 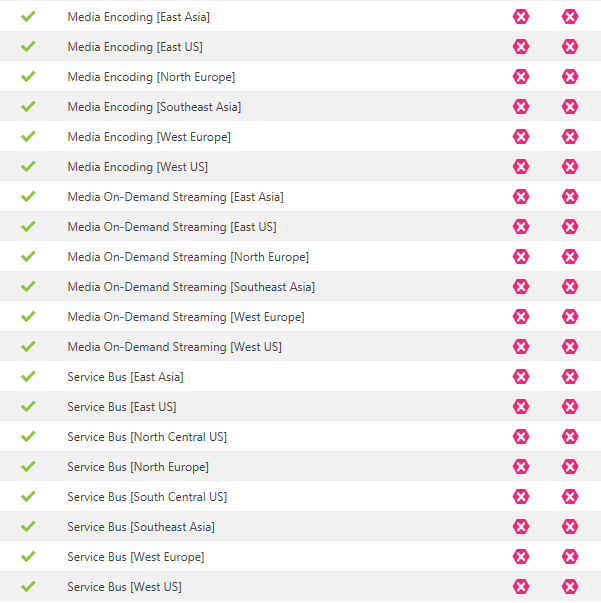 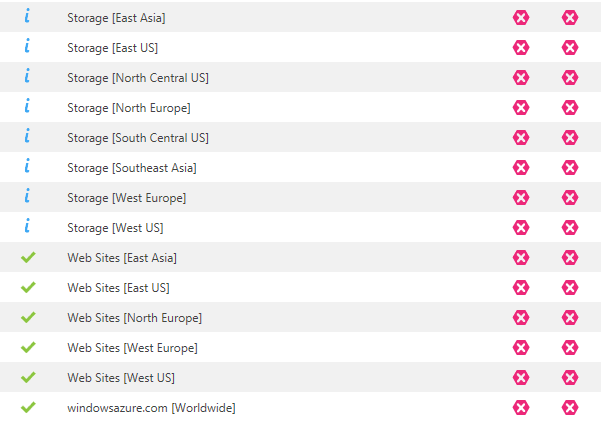 It’s obvious that some minor functionary in the Windows Azure bureaucracy missed an item on his or her todo list yesterday. It’s equally obvious that this is a helluva way to run a cloud service (with apologies to Peter Arno and John Luther (Casey) Jones.) 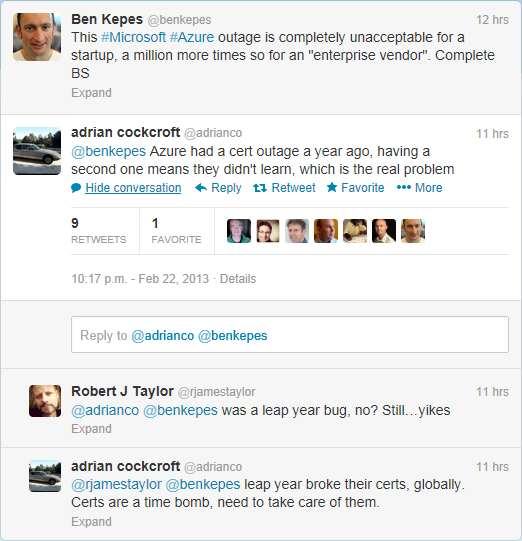 Microsoft’s Bill Liang posted a Summary of Windows Azure Service Disruption on Feb 29th, 2012, which was caused by expiration of a “transfer certificate,” on 3/9/2013:

… So that the application secrets, like certificates, are always encrypted when transmitted over the physical or logical networks, the GA creates a “transfer certificate” when it initializes. The first step the GA takes during the setup of its connection with the HA is to pass the HA the public key version of the transfer certificate. The HA can then encrypt secrets and because only the GA has the private key, only the GA in the target VM can decrypt those secrets.