just got the windows phone 7.1 developer beta sdk installed today and it's great to see lot more apis than the earlier version.

in fact, i got the developer sdk installed on 3 different machines.

setup has detected that this computer does not meet the requirements to install this software . these requirements must be met before you can install microsoft windows phone developer tools 7.1 (beta) – enu .

setup has detected that visual studio 2010 service pack 1 is not installed on the machine for following products . please install and retry 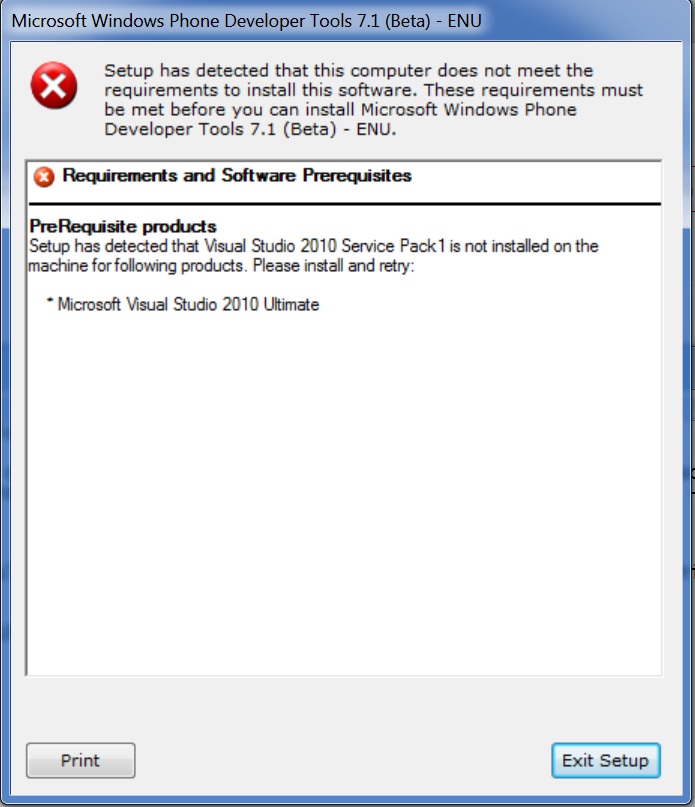 so guys , in case you have visual studio 2010 already installed on your machine , make sure you have the sp1 installed too before installing windows phone 7.1 developer beta sdk