Join For Free
This article is part 1 in a three part series.

There are four Principles of Design for Windows Phone applications.

MSDN: Metro is the name of the new design language created for the Windows Phone 7 interface. When given the chance for a fresh start, the Windows Phone design team drew from many sources of inspiration to determine the guiding principles for the next generation phone interface.


Then, at //Build/ in 2011, Metro was re-elaborated for to transition developers toward Windows 8 Metro development. There are five Principles for Windows 8 Metro applications.

Animation adds to your app!

MSDN: There are two kinds of motion in Windows Phone:

As a user spends more time inside your app, or as tasks in your app become more sophisticated, high-quality motion becomes increasingly important: it can be used to change how the user perceives their cognitive load and your app’s ease of use. Motion has many other direct benefits:

This blog article is about Windows Phone. It steps through how it should be used, where it is already used, and how you can use it, too.

Remember, we are fighting against UNINSTALL! 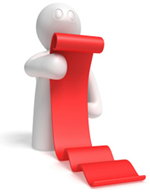 This my personal list. If my animation violates one of these I tend remove it or improve it. Guidelines can be broken, but it’s best to have an articulated reason.

Metro is loosely associated to Bauhaus – which is utilitarian and minimalistic (reduce to the essence). Your animations should be the same. Their purpose should be clear. Their execution should be natural, slight and fast. It’s easy to win.

Note: Since animations can be overdone, it is tempting to skip them completely. I argue no animation is as wrong as bad animation. Take the extra time. Understand the framework. Use my samples.

Do a good job.

Let’s look into our toolbox. What can we actually do?