The world of work as we know it has changed drastically over the last couple of decades. More than one third (36 percent) of U.S. workers are in the gig economy, which works out to a very large number of approximately 57 million people.  The rise in international companies mean distributed and remote teams (where companies have no office and choose to work around the world) are becoming commonplace. Upwork and Freelancers Union last month released the results of “Freelancing in America: 2018”, the most comprehensive measure of the U.S. independent workforce. The fifth annual study estimates that 56.7 million Americans freelance, an increase of 3.7 million in the past five years.

I've freelanced for 5 years and been previously self-employed for an additional 7 so I read with interest recently that the George Kaiser Family Foundation (GKFF) and the City of Tulsa have launched the Tulsa Remote programme. It offers a $10,000 grant and additional benefits to eligible applicants who move to and work remotely from Tulsa, Oklahoma for a year.

The program has been launched in a bid to promote Tulsa’s affordability, its central location between the coasts, and its professional community. The website for the initiative has received more than 6,000 applications since it went live earlier this month. As well as money, successful applicants will also get other benefits, including discounted rent. Participants will have the option of living in a brand new, fully furnished apartment in the Tulsa Arts District for 33 percent off base price, plus free utilities, for the first three months. Regular meet-ups will be arranged to help participants to build a collaborative remote community.

Successful applicants will also get a year of free co-working desk space at 36 Degrees North, Tulsa’s entrepreneur hub, as well as access to skill-share workshops to help develop new skills and strategies for effective remote working.

It's a great opportunity for freelancers and remote workers, especially as “Freelancing in America: 2018” revealed 61% of freelance respondents would consider moving to a different city for a tax break under $5k.

How and Where We Work Has Changed 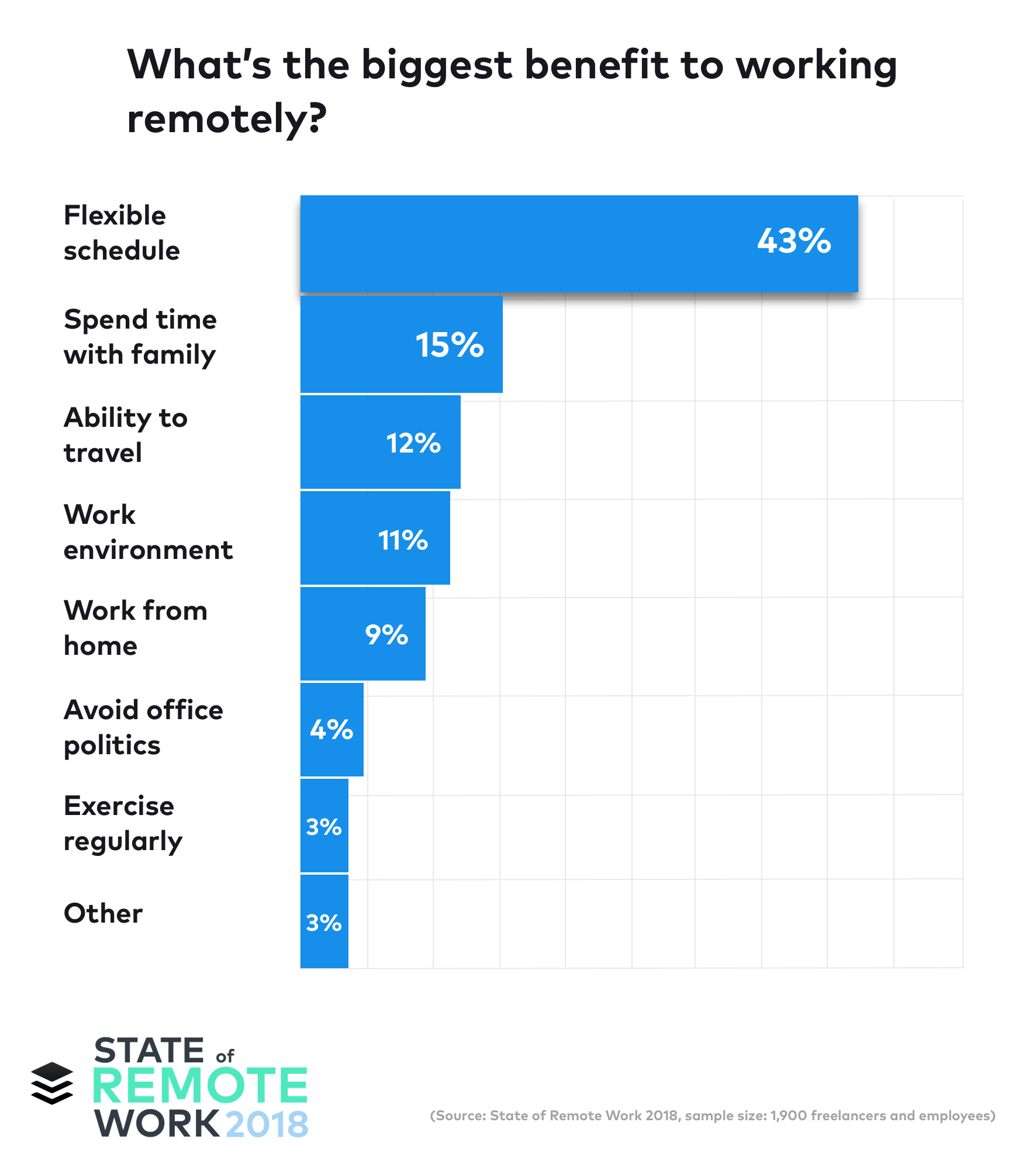 It's great to see co-working included, I'm convinced it's the office of the future — here in Berlin where I live, there are over 100 coworking spaces from a room in a cafe to coworking spaces in repurposed factories. Perhaps one of the best know coworking spaces is WeWork. As of July 2017, WeWork had a valuation of roughly US $20 billion and managed 10,000,000 square feet (930,000 m2) of office space. However, the cost of coworking could be considered a downside of remote work. Buffer's 2018 State of Remote work survey of over 1,900 remote workers revealed that the costs of remote work typically fall primarily to the remote workers themselves. 78% of respondents said their company didn’t pay for their Internet (the average monthly cost for internet in the U.S. is $60) and 76% said that their company doesn’t pay for a coworking space (the average monthly cost of a coworking space in the U.S. is $195).

To be considered for the Tulsa Remote program,  applicants  must meet all four eligibility requirements: