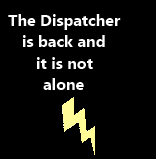 this is the third part of the serie on the wpf 4.5 new features .

the dispatcher class is maybe one of the most used in wpf when you start doing thing asyncronously. it is the only way to update ui controls from an another thread.

even if it was easy to use, the wpf teams added 13 methods which will ease up this. especially with the new await keyword. in this post we will discover these new methods.

there is some overload which takes as a param a func delegate. where in prior versions, the available methods on the dispatcher were not able to return something (except void) it is now possible.

the new methods of this kind are :

prior to wpf 4.5, to return something, this code should have been written:

now, you can write a more maintanable code by using this one:

you surely are aware of the new-born ‘await’ keyword.
the wpf team is too and the dispatcher is now await-ready !

here is the new methods which are await-ready:

also, you can do some synchronisation and wait for a dispatcher operation to be finished by using the dispatcheroperationwait method on the task. this is an extension method of the taskextensions class (available on system.windows.threading).

there is a disclaimer/warning on this last one “calling task.wait will result in a deadlock if the operation is queued on a calling thread. for more information about using a task to perform asynchronous operations, see task parallelism (task parallel library).”

i didn’t find a scenario in which using the cancellation token is necessary but i think it’s coming from the things necessary to make the async keyword work.

this kind of scenario is a bit hard to reproduce in a demo but i managed to get a working example:

as a bonus you also have two new methods which add nothing special except an easier use :

you can also find the dispatcher documenation on msdn .