a while back (turns out it was about 8 years ago) i started working on a simple 2d game in the style of nintendo game and watch lcd games that were popular in the 1980s, but i never finished it completely.

i dug up the source and committed it to github in its original state, how i last left it, and then took a look at wrapping up the last few issues and adding finishing touches.

there was a couple of bugs in the animation that i never fixed, and i wanted to polish it up a bit.

ay, so i first changed the background (using a color dropper to pick a color from online photos), but then realized none of the images were transparent so it ended up looking like this:

notice the bank on the top-left now has the first of the sprites updated to add transparency. i did this by adding an alpha layer in gimp per simple steps here . i updated each of the image sprites to resave them as pngs with a transparent layer. 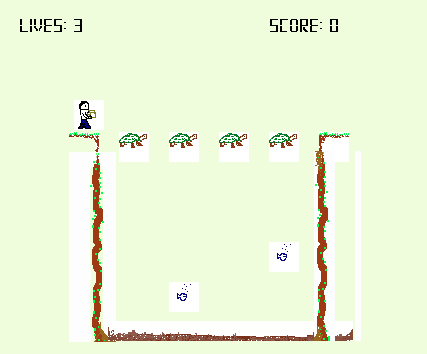 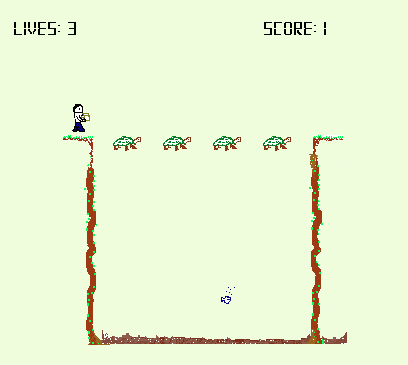 the lcd segment font is from http://www.styleseven.com/ . to load the custom font, use:

and then when you need to use it, create a new font using it’s name and you can use it in place of any regular system font:

updated results for the game are here and the 2d game engine here .