I had the opportunity to speak with Wendy Pfeiffer, CTO at Nutanix, Inc. today following the announcement extending the Xi Frame desktop-as-a-service solution from the public cloud to the private cloud, enabling the delivery of apps and desktops in a hybrid cloud environment.

According to Wendy, the ability to build clusters on EC to bare metal is the big news in this release in that addresses the challenge of developers who've had to choose how to develop for the clouds or infrastructures they were developing for.

"It's a very different way to compose code if you're running in a public cloud where you have unlimited resources, versus if you're running an application on premise with resources that have capacity constraints. Every aspect of the software development lifecycle is impacted depending for which platform you first developed your application.

As an example, if I'm running code in AWS and I learned that I have some sort of a serious memory leak somewhere in my code, I can write a little script that checks for that memory leak and reconstitutes the code on a regular basis. So I never consume too much memory. If I had run that same code on-premise, I have to go through a two or three week QA cycle to find the memory leak and address it, because it has an outsized impact on capacity and resources. 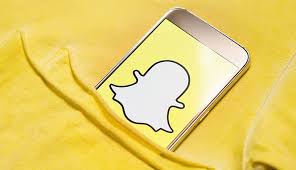 So those two differences mean that if you're a company, for example, Snap, the parent of the Snapchat application. They were born in a public cloud. And a couple of years ago, they went public and released their financial information. They were spending hundreds of millions of dollars every year on a public cloud. Their public cloud spend was about $450 million the year they went public. And that exceeded their annual revenues.

Of course, the analysts were asking the question, when are you going to go on-premise? How are you going to deal with these costs? And they said, we'd like to go on-prem right away. However, it's going to take us about three years to port code, because the code we wrote for the public cloud will not run on-premise even though it would save us so much money for this.

Nutanix' new capability obviates that problem. That's a dramatic, dramatic sea change. Three years in time saved and money to the bottom line. It brings enterprise IT and DevOps closer together. That's another area of inefficiency.

In a lot of companies today, there are sectors of the company that is out there trying to innovate, build, and consume applications in public cloud, there's the whole desire for speed to market and having content close to the edge. Then there's enterprise IT, which does most of the heavy lifting. In the global 2,000 nowadays, and enterprise, we see these traditional workloads that they need to run, but they also need to run, manage and secure the more modern workloads. That's been a very bifurcated process and somewhat redundant, and expensive, especially in larger companies that are doing these things at scale.

We now have this simple operating system with all of the goodness baked in that it's not just the same old thing. It runs on any hardware and in any cloud any workload and that's a dramatic advantage especially enterprises that are operating at scale. It starts to make this ability to run in modern and legacy mode, a whole lot more seamless, taking a lot less effort.

It means companies that haven't been able to consume modern technology, now have a straight path to do so. But also companies that have been consuming modern technology, now have a straight path to operational excellence, which has only been the hallmark of more entrenched enterprises with robust IT departments to make these changes. Whereas a legacy enterprise that may have been slow to move to the cloud, or went heavy to the cloud, and now is saying, "Can I dial back a bit? The costs are out of control. How do we manage this?" 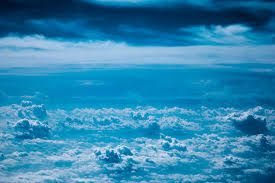 We commissioned the “Enterprise Cloud Index” where we spoke to something like 2,300 CIOs around the globe the second half of last year. We asked them about their cloud consumption as well as their plans going forward. 91% said the hybrid cloud is their preferred model of operation for lots of great reasons. However, only 18% of them had adopted a hybrid cloud. They attribute the huge difference to lack of support by vendors. The lack of application mobility is the result of vendors are not platform-agnostic. There hasn't been any vendor that has a sufficient lack of self-interest. Every vendor is selling to the enterprise saying we're proprietary, we alone can help you. We have a platform and therefore, you know, if you invest in us, then we'll make things simple, make things scalable, etc.

But what's happened is we've gotten stuck on those proprietary vendor islands and see the movement off of those islands have been nearly impossible and certainly expensive in terms of time, resources, and money.

With Nutanix, we're just leapfrogging that with these capabilities based on what our customers want. They don't want vendor lock-in, they want to be able to go where they want to go. People don't want to be locked into a particular public cloud. And so they're starting to make sure that whatever you do on AWS can translate to a private cloud or GCS or whatever.

For 30 years, we've had something called IT portfolio management. What we've done to mitigate risk is have multiple options for how and where we deliver services. That's always been the way that we manage costs, uptime, and availability.

Nutanix is the first vendor in my 30 years of IT experience with the single focus on enabling developers and IT, us technologists, to execute on that portfolio management approach. They truly want IT to be successful in how we're managing what will always be a mixed portfolio of business requirements, financial conditions, market conditions, application capabilities, and infrastructure capabilities.

And in all of these technology spaces, the pace of innovation and the pace of change is dramatic. And we're ingesting that all into what is you know, whether it's inside of our companies or inside of our industries is an ecosystem of existing technology, existing business process, existing relationships, partnerships, and cooperation

So it's this sort of the grand mesh or fabric of relationships and connections is embodied in the fabric that Nutanix is creating across all of these IT vendors markets, systems, and layers of infrastructure in consumption models. As we expand our portfolio, we want to make sure everything works with everybody.

I have four people who run my data center operations globally. I’ve got six large scale data centers plus I have estates and public cloud, etc. So those four guys, their expertise is in our product in our operating system, an iOS plus HP. I don't have a CCI running my network. I don't have VMware certified folks running my VM. This common operating system, these common components, allow us to do some sort of spectacular things at scale, with a core skill set, that's not impossible to learn.

Instead of having this vast team of specialists, which I've had to do everywhere else I've worked, I have a similar team who specializes in the substrate we built. And that's an advantage for anyone who is in a technology career today.

I recommend IT professionals go and get your Nutanix certifications. In less than a year you have the ability to work at any one of the 10,000 customers we have today, who are building workloads in AWS and TCP, on-premise, on Dell and Lenovo and IBM Power and the list goes on. It's a pretty extraordinary sea change for people's careers. I have senior network engineers who are building Nutanix clusters. I have senior systems administrators, who are using Nutanix to automate. We're working across what used to be functional divides or skillset divides because of this common substrate into which we are connected."