Xamarin Forms is one of those technologies that I keep meaning to play with... but then don't. Anyway, this is the story of the day that I first did... the intention was to spend a Sunday afternoon getting a quick prototype of a Xamarin Forms app running... but instead, I encountered error after error.

In the end, all I ended up producing was this post!

The first error after creating a new app: 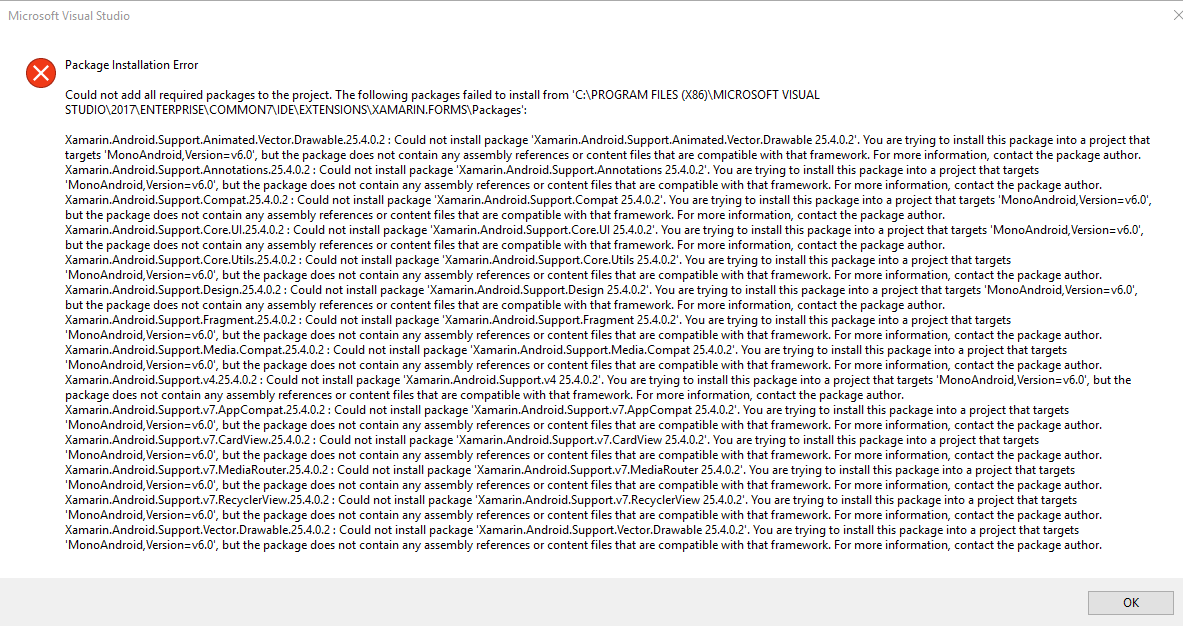 This gave me the impression that I might have the wrong version of Android; so off I went to install the latest JDK; from here.

Thus began a process that took hours to complete...

Launch Android SDK Manager and install the latest (or a later) version: 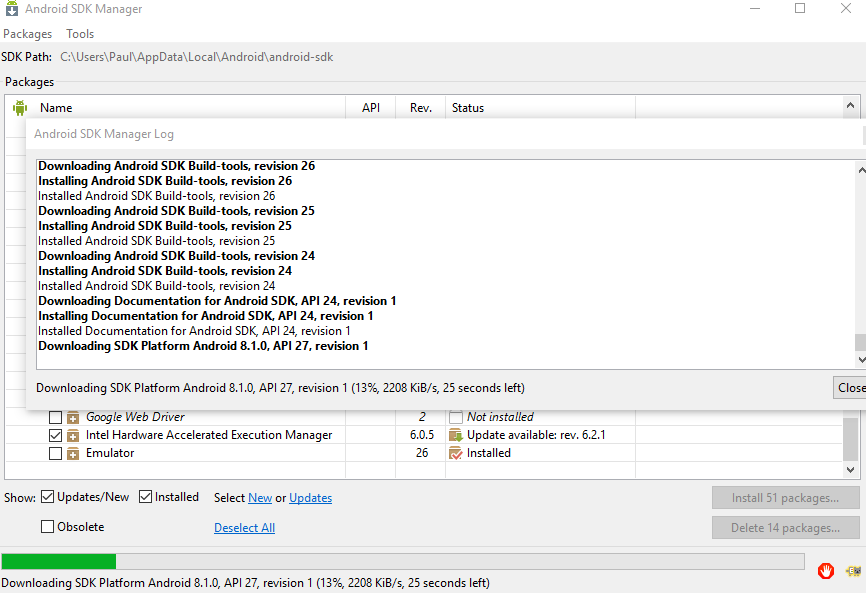 Amazingly, this did seem to fix (or at least change) the error.

The next problem was a build error from the Android project:

Error: No resource found that matches the given name: attr 'colorAccent'


There are two things that were necessary here; the first was to make sure that this package was installed:

And now we're onto the next problem...

Suddenly, it decided there was an issue with some of the resources in the file 'Tabbar.axml':

Taking inspiration from my Spectrum programming days, and having no clue what the hell was going on at this stage, I just deleted these lines... and got a different error:

This didn't make much sense, but while I was messing around in the Package Manager screen, I decided to update the Xamarin.Forms package; for some reason, the latest version seems to be (numerically) older than the older one:

Giddy with the thrill of the update working without a new, spurious error, I updated everything! This required VS to be restarted at least once. 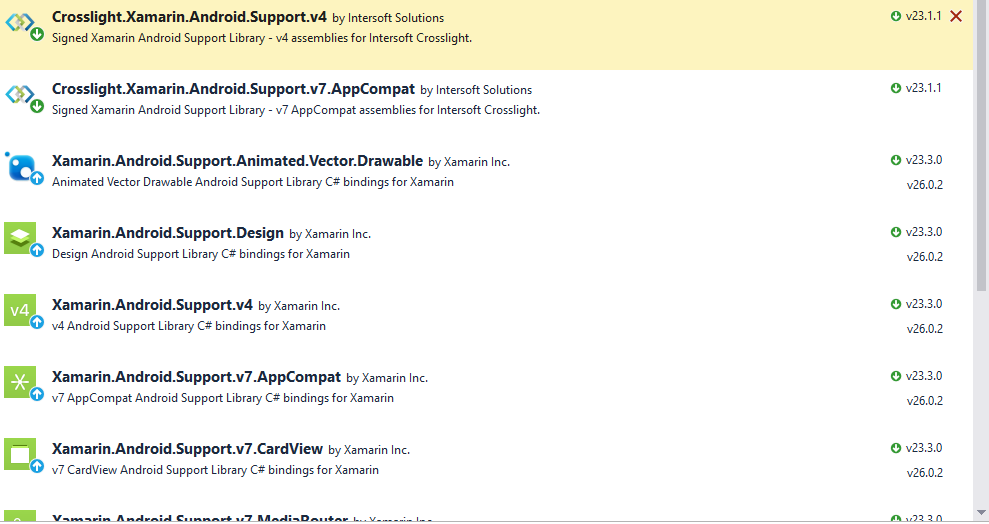 At this stage, the project started compiling... so before Xamarin regained its footing and thought of a new error, I added back in the code I'd removed:

Xamarin was catching up with me - a new error now appeared:

1>Please select a valid device before running the application.


After a little help from a well-known search engine, I selected the emulation manager:

If you find yourself in this situation, then don't keep clicking (despite no feedback at all, the manager does open in the background)! 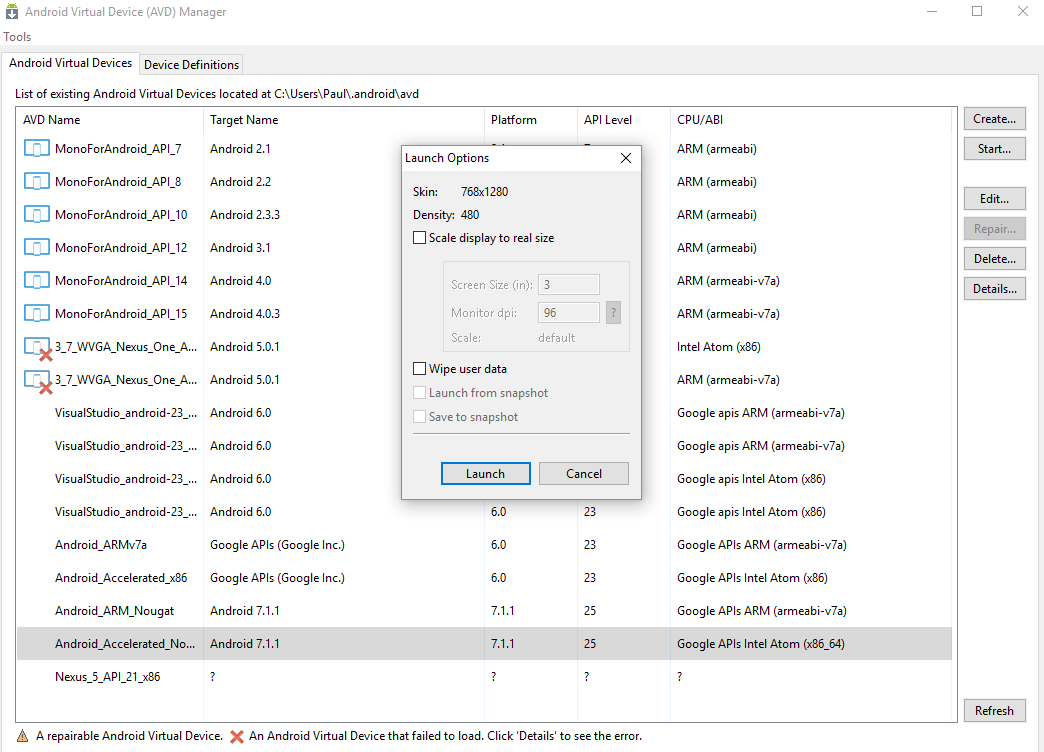 Select one of the devices and start it:

And it now deploys... I didn't get anything done, but I did manage to get Xamarin running on an Android emulator... so that's something.

How to Fix Styles in Xamarin Forms in UWP.NET Native

Xamarin Forms, the MVVMLight Toolkit and I: Loading Bundled Assets in the Forms Project

Getting Started With Xamarin Forms and Prism