Demand for mobile devices and apps is at an all-time high, and it’s going to continue climbing. This holds true for the enterprise side of software as well. Business users expect their apps to run on the devices they use every day, which has significantly shifted toward mobile since the proliferation of smartphones and tablets.

This has created a new burden on in-house developers: build apps that work across desktop and mobile platforms, port existing applications to mobile, and maintain it all under the ever-blooming complexity of modern software development. On top of this, developers are rarely afforded more time or larger budgets to make it all happen.

Put simply, enterprise software development is not getting easier.

Enter Xamarin, the platform that enables C# developers to share most of their code across native Windows, iOS, and Android apps. Being able to share code across these distinct environments saves a tremendous amount of time compared to what it would take to write an app natively thrice.

By using Xamarin.Forms in particular, developers can write a cross-platform app with one C# codebase and UI and deploy it to iOS, Android, Windows, and Mac. The UI can be built in C# or XAML and will have the native look and feel that users expect on their device. No other technology makes cross-platform apps this easy to build or look this good.

The other branches of the Xamarin platform, Xamarin.Android and Xamarin.iOS, provide even more native capabilities. Each grants developers access to native APIs like the GPS, accelerometer, and many more. They even interface with platform-specific capabilities like iOS’ 3D Touch and Android’s fingerprint authentication, all through familiar C# code.

On top of the native API access, more than 40 controls are included in Xamarin itself, further extending the boundaries of what is possible in a cross-platform app. What’s more, component vendors like yours truly offer even more controls for Xamarin development. Syncfusion’s line of Xamarin components is the largest on the market, currently numbering more than 90 discreet controls. They span everything from data visualizations like grids and charts, editors for capturing user input, and even file-format libraries for working with Excel, Word, and PDF files. 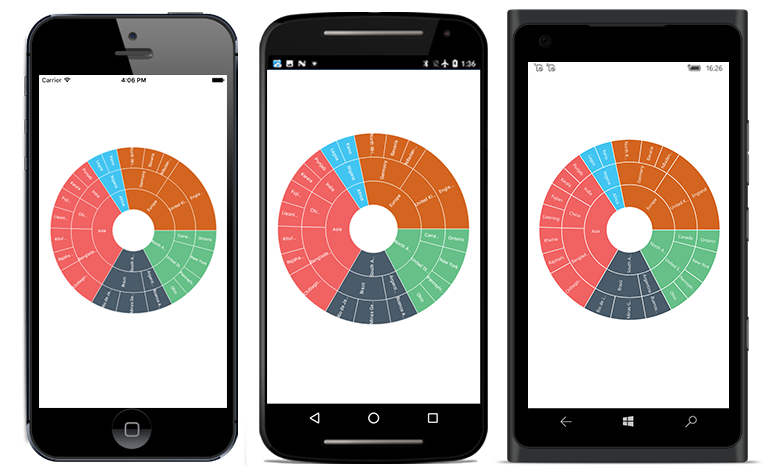 Ultimately, Xamarin is a bridge over the fissures that have emerged between platforms. Where markedly different programming languages and devices have stifled development, Xamarin serves as a unifying tool that allows enterprise C# developers to provide their end users with the apps they need on the devices they actually use. Time, money, and headaches have all been saved, and those savings will certainly keep growing into the future.

For more reasons why Xamarin rocks, read the white paper “Five Reasons Xamarin Will Change Mobile Development” by Syncfusion Vice President Daniel Jebaraj. Share it with your colleagues, your co-workers, on social media—anywhere C# developers are scratching their heads, wondering how they’re going find the time to ship their apps into the mobile landscape.