xUnit.net (also referred to as xUnit) framework is a popular open-source unit testing framework for the .Net platform. The framework is built with a community focus. Since there is a focus on the community, it is easier to expand upon than other popular Selenium test automation frameworks.

As xUnit is written by the creators of the NUnit framework, you would find a lot of similarities between the two frameworks. The intention of creating a new unit testing framework was to build a much better framework from ground-up.

Unlike other popular frameworks for automation testing with Selenium C#, like NUnit and MSTest, this test framework follows a more unique style of attributes/annotations.

The xUnit framework has fewer attributes in comparison to the NUnit and MSTest frameworks. The other advantage of using xUnit is that the Selenium test automation framework creates a new instance of a test class for every test. At the time of writing this blog, the latest version of xUnit was 2.4.1.

In this xUnit testing tutorial, I’ll take a detailed look at setting up the xUnit framework (or xUnit setup example) which can help you get started with xUnit (or xUnit.net) on Visual Studio.

Setting Up Visual Studio For Development And Testing

For development, I’ll use the Visual Studio 2019 (VS 2019) IDE. Before looking into the xUnit setup example, I’ll take a brief look at setting up Visual Studio for automation testing with Selenium C#. 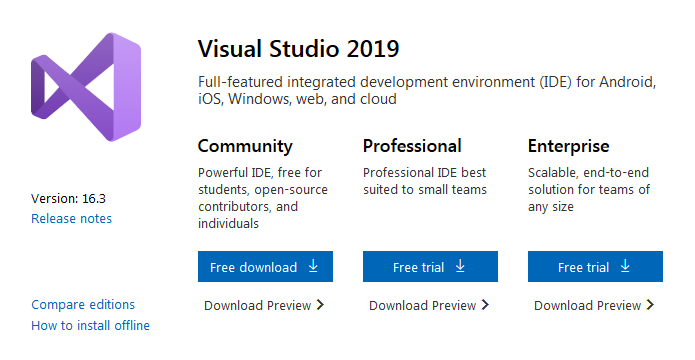 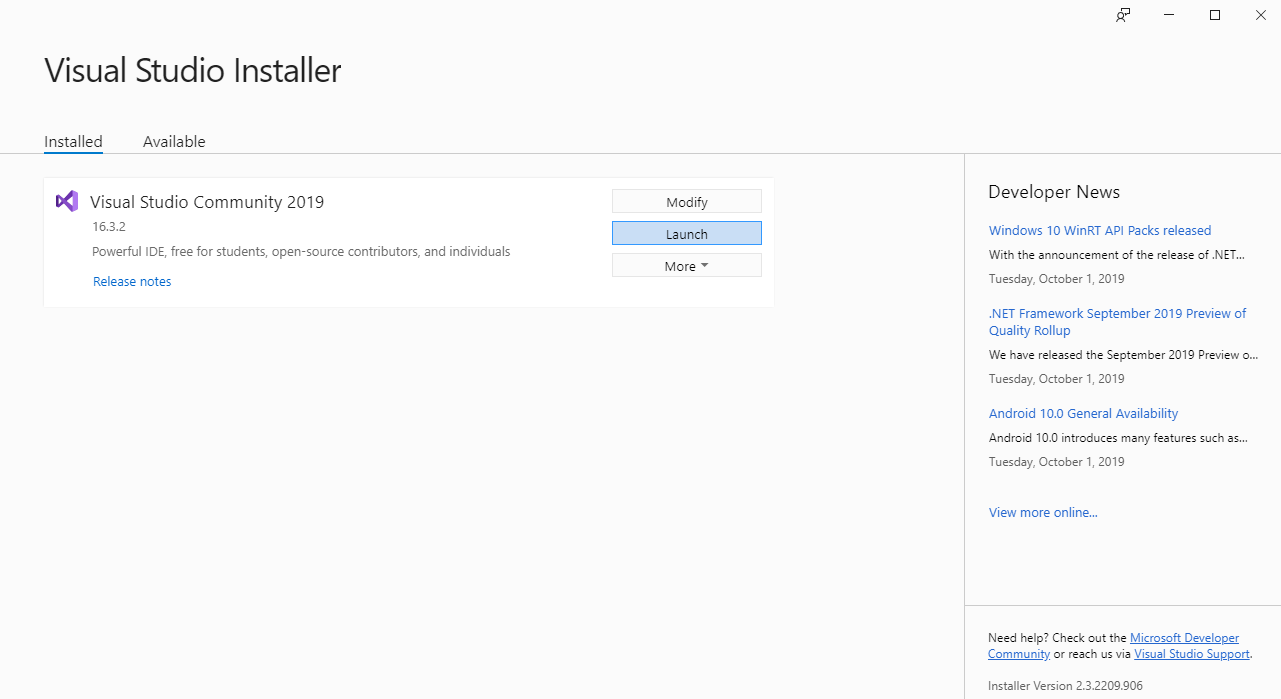 3. In case you are also installing the Community Edition of Visual Studio, it is important that you sign-in to the IDE else you would not be able to use the IDE after the trial period (approximately 30 days). Once you sign-in, you can also utilize other powerful features such as pushing source code to private Git, syncing Visual Studio settings, and more.

In the next section of the xUnit testing tutorial, I’ll take a look at the steps to install the mandatory packages for performing automation testing with Selenium C# using xUnit framework. If you want to know more about how to set up Selenium in Visual Studio, you can refer to this blog linked.

For this xUnit testing tutorial, I’ll explore both these options for installing the xUnit framework. Before the installation of the required packages, you’ll have to perform the following steps: 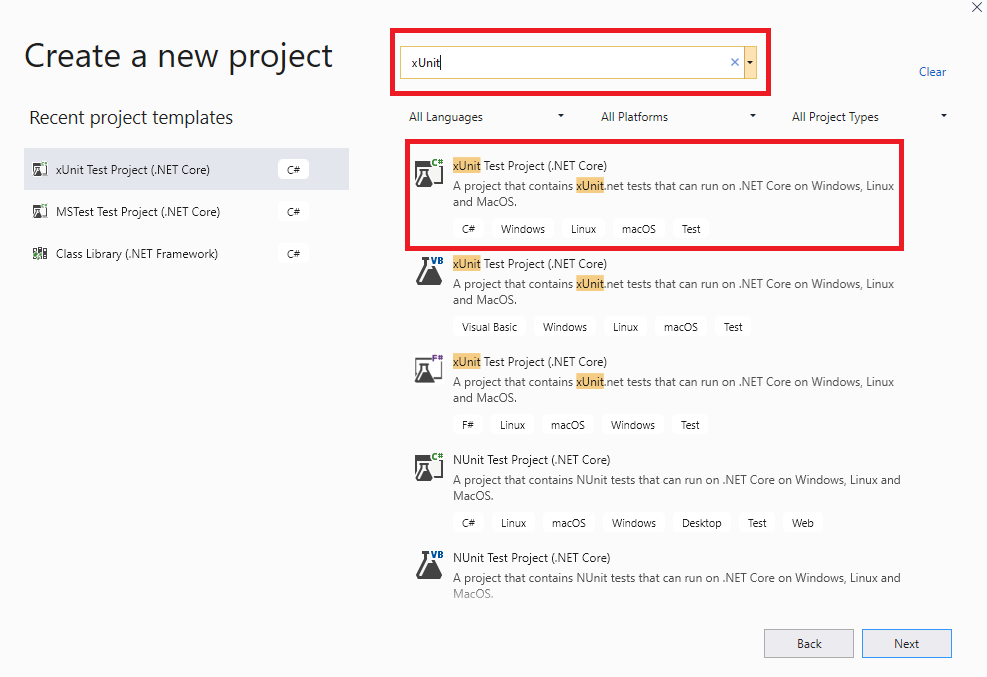 2. Since I have created the project based on the xUnit.net framework, the default .cs file contains the [Fact] attribute in it. Also, the xUnit package is included by default in the source code.

In case you have not created a project of the type mentioned above, you can still use the xUnit framework for performing automation testing with Selenium C#. The xUnit framework and the runner can be installed using the package manager from GUI or the terminal.

For installing the xUnit test framework and other required packages for performing Selenium test automation with xUnit, perform the following steps: 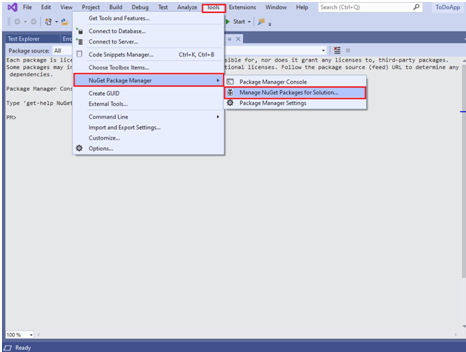 2. Search for the following packages in the Browse tab and click Install 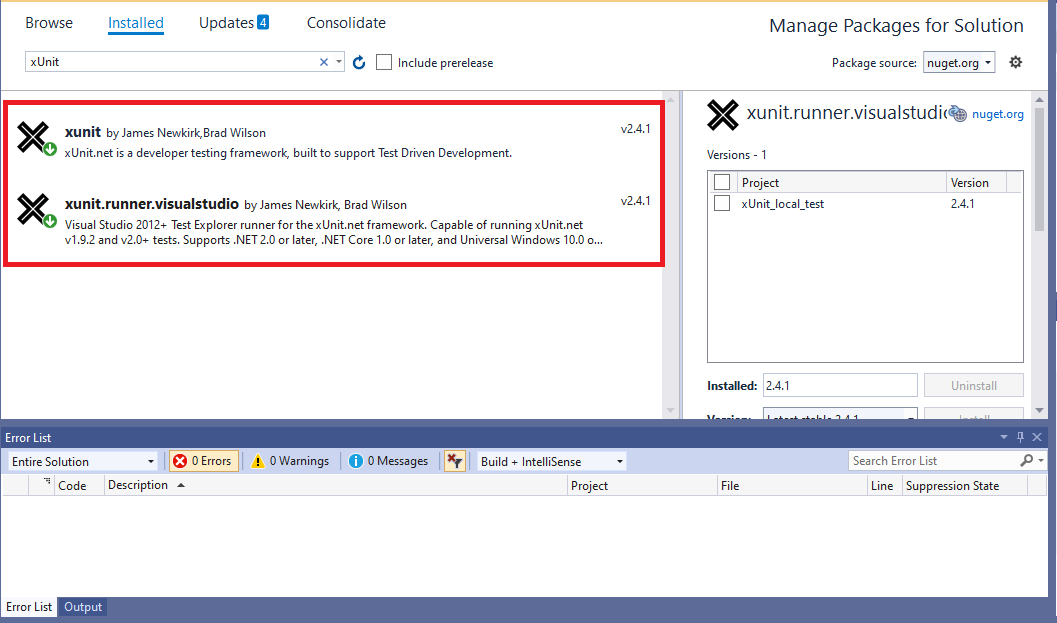 If you are comfortable using the terminal, then you should look at the option of installing the xUnit framework using the Package Manager (PM) commands. 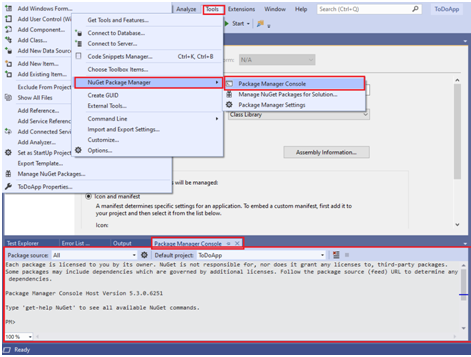 2. For the installation of the xUnit packages, we use Install-Package command with the required <package-names> as the argument to the command.

Shown below are the package installation snapshots: 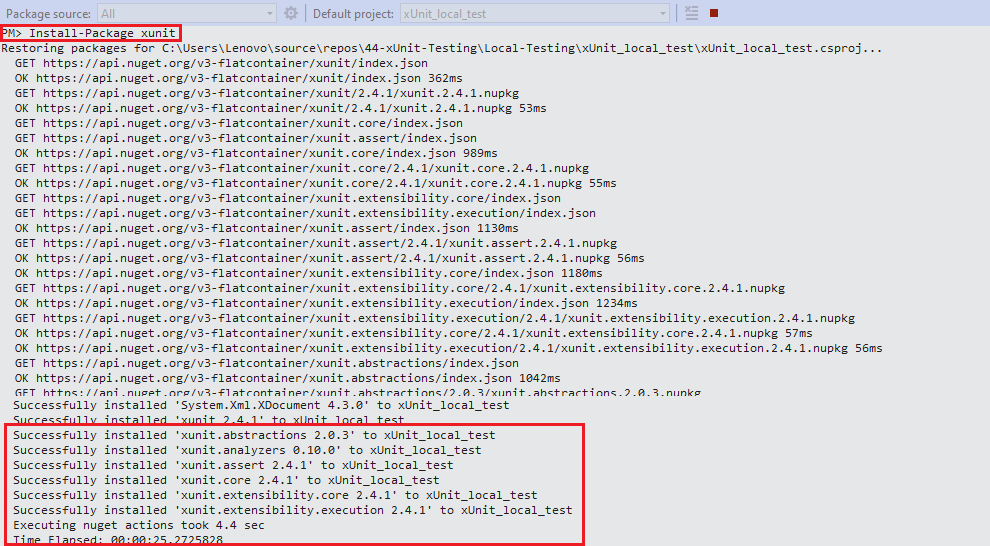 To check whether the packages have been installed successfully, execute the Get-Package command on the PM console. Shown below is the execution output:

With this crisp xUnit setup example for Selenium test automation, I demonstrated how to get started with the xUnit (or xUnit.net) framework for Visual Studio. Steps shown in the xUnit testing tutorial will be instrumental in performing automation testing with Selenium C# frameworks.

This brings us to the conclusion of this article. You can go ahead and set up the xUnit environment for yourself. We’d have covered a lot of articles before on automation testing with Selenium C#, particularly I’ve covered a whole series on Selenium C# tutorial, you might want to check it out. Feel free to check them out, and do help us to reach out to more people by sharing and retweeting our article. That’s all folks.