An open-plan office seems like a no-brainer for a company that makes software designed to increase transparency and collaboration between teams. But they come with some serious trade-offs. When it came time to design Atlassian's new office space in San Francisco, we got brutally honest with ourselves and had to face facts: the standard approach just doesn't work.

If you work in an open-plan office that includes members of the C-suite as well as engineers, analysts, HR, accountants, and marketers (just to name a few), then you already know the ideal work environment varies not just by team, but by individual. No wonder open offices are such a polarizing topic! Nonetheless, open workspaces are here to stay. So can they actually, y'know...work?

Yes. They can – with a few hacks. We looked at the established norms of office design, including perimeter offices for executives, cubicle culture, massive open layouts, and conference rooms. We conducted internal and external research. We asked if open offices are even worth it. Then we turned it up, turned it up, turned it upside-down. The result? An office that is open and true to our company values without forcing openness on anyone.

This is what the future of open office spaces looks like.

Even in our highly connected and mobile world, most people still like to have a desk to call home base. But who gets the prime real estate by the windows? While many companies would automatically reserve that space for senior executives, we did the opposite. Instead of pushing staff seating to the core of the building, we brought it out to the window line and interspersed soft seating areas and sound-proof "phone booth" pods amongst groups of sit-stand desks. 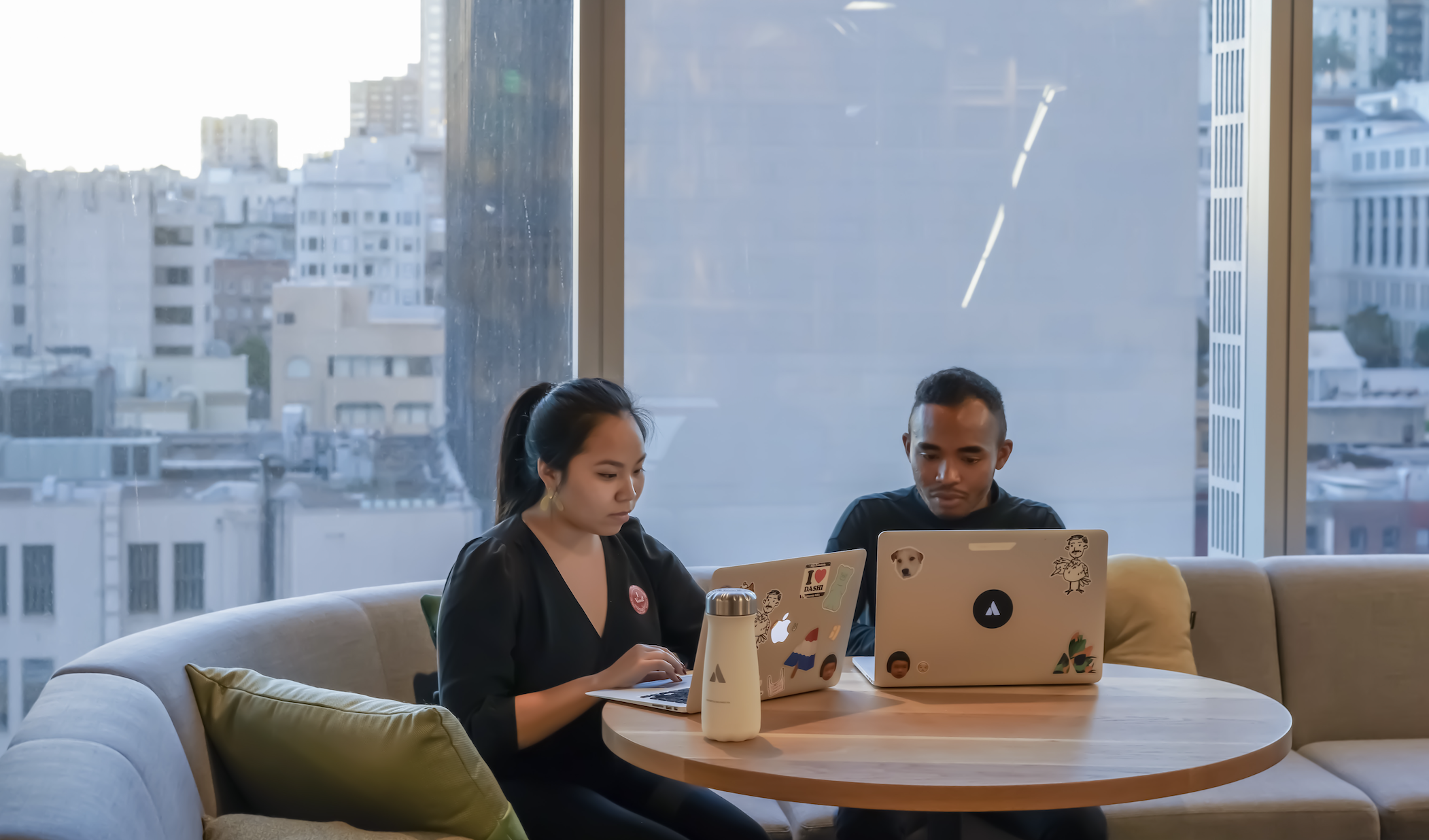 This approach allows more natural light to penetrate deep into the floor plate, which reduces reliance on electric lighting (sustainable workspaces FTW!). And because natural light increases the sense of well-being, the greatest number of people possible get that boost. More importantly, it sends a clear message: we're all in this together and everyone's contribution is valued. Executives do have access to dedicated spaces for sensitive conversations (more on that in a moment), but still, the company president gets the same desk set-up as the interns.

It's a joy to watch my colleagues interact with each other in their team neighborhoods, and cozy up in the soft seats with their laptops while they catch up on light-weight tasks. It's as if everyone has a place in the C-suite. C-sweet, maybe.

If You Like It, Then You Should Have Put a Caster on It

It's usually accepted as a given that once the office is laid out, that's it. Done. Fin. That's a great way to make people miserable in the long-run. The work you do today might be vastly different two years from now. The extrovert occupying desk #14-312 might move on and be replaced by a hard-core introvert next month. Besides, big-bang releases have been out of fashion in the software world for decades – who says office spaces can't embrace the experimental, test-and-iterate mentality, too?

To facilitate this, we put everything on casters. From sit-stand desks to lunch tables, soft seating to Google Jamboards, planters to tea and coffee stations (even the ping pong table and piano!), everything can be rolled to a new spot. By making desks and open seating mobile, teams can reconfigure their space to suit their needs. Some have already moved communal tables to new locations or reconfigured their desks for optimal quiet workspace. Sure, it disrupts the magazine-ready look. But that's ok! When it comes to creating an effective workspace, productivity trumps the photo op.

Just like the democratization of the corner office, letting teams take charge of their own seating sends the message that they are valued and trusted to make the decisions that affect the way they work. As a bonus, our Workplace Experience team (aka, office managers) can dedicate more time to special projects and strategic initiatives now that we aren't playing the role of desk referees.

With openness as the baseline, we offer a multitude of closed spaces for quiet, deep focus, highly-connected, or confidential work. These include the phone booth style pods I mentioned above, non-reservable “acoustic nooks” that aren’t enclosed but still trap sound, and sound-proof conference rooms where you can sing at full voice and not be heard from adjacent rooms or open work areas. (We tested it!)

We'd designed the nooks to serve as overflow spaces people can jump into for a few minutes at the end of a meeting to tie up loose ends. So imagine our surprise when people started holding entire meetings in nooks instead of booking a room! Teams have naturally started holding casual meetings in open spaces and preserving conference rooms for times when video calls or sensitive discussions are happening. Just more proof that when you give people agency in how they work, they'll be happier and more effective.

In the spirit of continuous improvement, we've taken a few risks and may have to undo a few things. First, we bucked convention and split out our larger departments across multiple floors instead of co-locating them. For example, we've got the product marketing, brand marketing, and marketing analytics groups on different floors. Their neighbors are teams you wouldn't intuitively pair up based on an org chart like IT or the Bitbucket development team. The idea is to foster community and empathy across different job roles while still allowing quick communication with department colleagues via chat if you don't feel like bouncing up (or down) to their floor. Early results look good, but we're not ready to file it in the "win" category just yet.

And remember those senior executives? We're actually experimenting with a more traditional approach than what you see in the typical open-plan office. We heard in our interviews with senior leaders that, although they're subscribed to working in an open office environment, they need access to rooms for closed-door conversations on a moment's notice. In other words, they want exclusive meeting rooms only they can reserve. Because meeting rooms seem to be in short supply no matter what we do, we didn't want to reduce the number of general-use rooms. So as a trade-off, we built a handful of small rooms and are holding execs accountable to using them whenever possible. It's less egalitarian than we (including the execs) would like, but it's proving to be practical so far.

Opting in To Open

Research has shown that when people are forced into an open-plan office environment, they tend to recoil into closed behaviors. A study released by Harvard University this year found workers actually had fewer face-to-face interactions after transitioning from cubicles into open seating. Pretty ironic when you consider that open offices are supposed to increase serendipitous conversation and collaboration. Participants reported feeling exposed and anxious, with little-to-no control over things like personal privacy or ambient noise. A similar study from Oxford Economics noted that office workers desire "the ability to focus and work without interruptions" above all else. 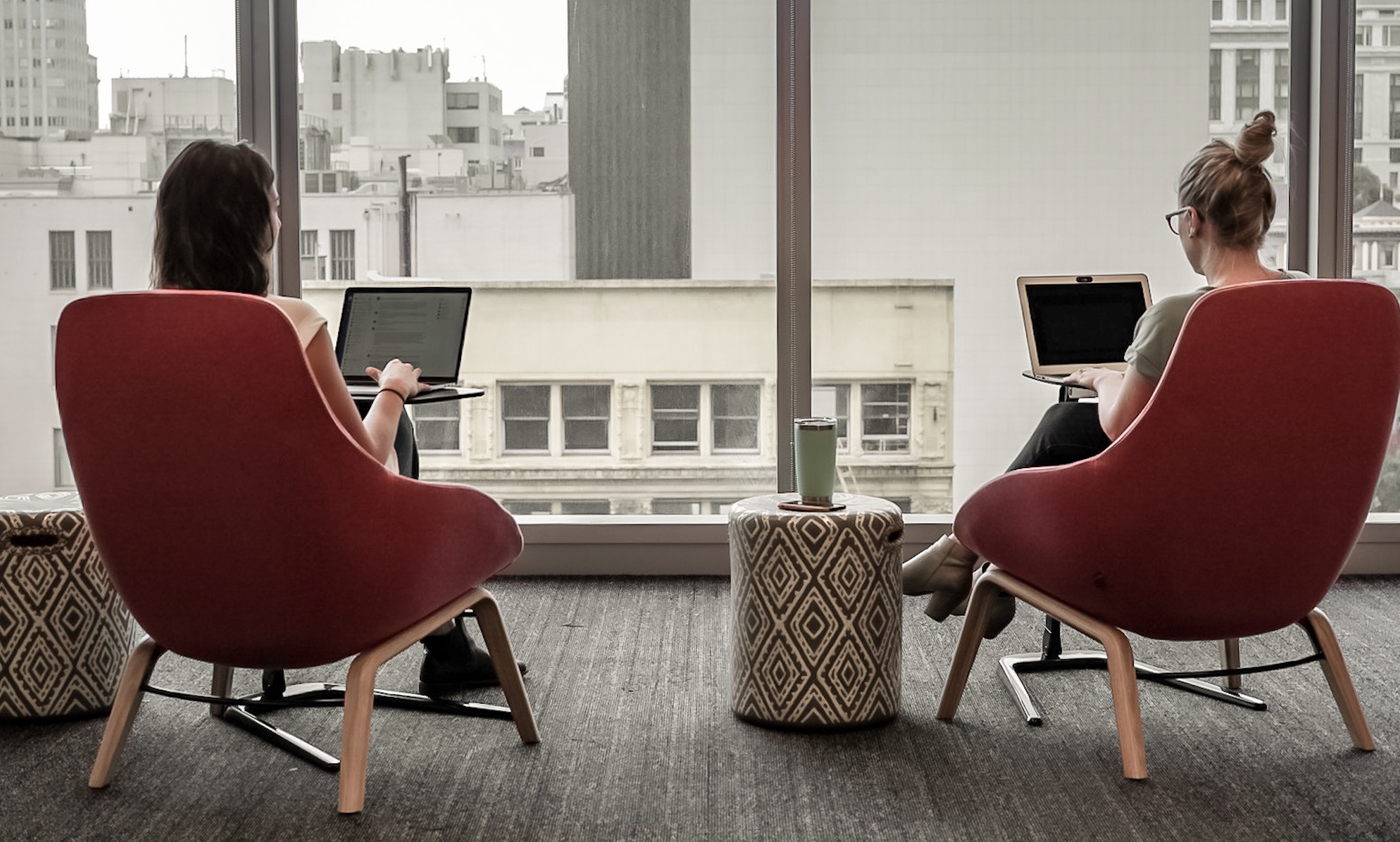 Still, an open office offers the bubbling, energetic work environment so many people crave. It was championed by Baby Boomers, likely as a reaction to the soul-draining sameness of cubicles. But architects and company leaders must come to grips with the fact that today's typical (and much-hated) open office is an over-correction. The open-plan office that actually works is one that respects workers' individuality and invites them to customize their environment so they can do the best work of their lives.

Published at DZone with permission of Kyle Ewalt . See the original article here.