Self-driving cars look set to become the future of motoring, but for many drivers - both in Europe and around the world - who dream of reading a book or navigating social media while on their morning commute, the reality of autonomous vehicles may not be so simple.

The technology and quality of sensors used in autonomous vehicles may not reach the level where drivers will have the security needed to take their eyes off the road completely for decades at least, and even if they do, there’s plenty of regulations that currently prohibit drivers from giving up full control of their vehicle while driving.

Given the physical and legal limitations of self-driving cars, many drivers who were expecting to feel as though they were in their very own private taxi may have another thing coming when the first fully self-driving models begin to emerge. 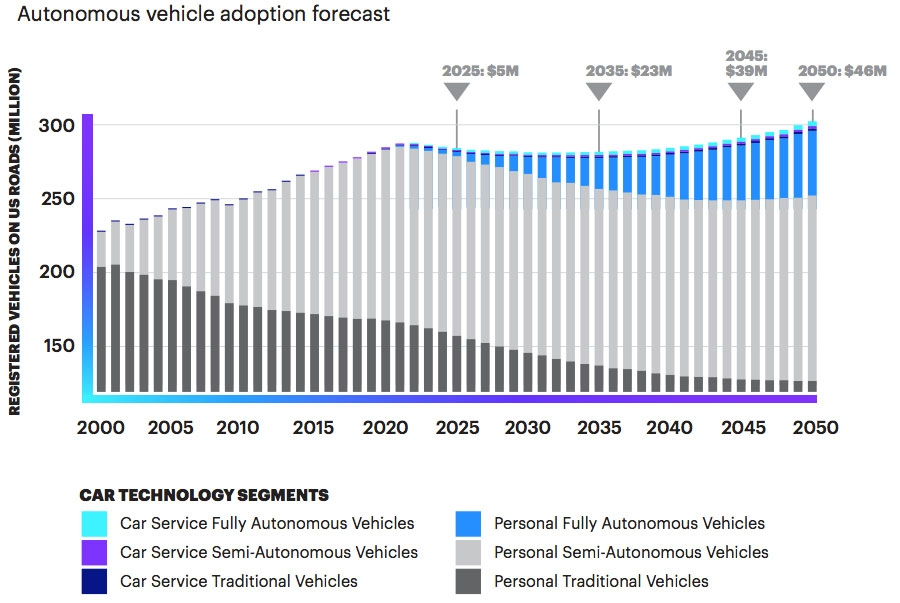 Although driving aids have caused many 21st Century cars to be recognized as semi-autonomous, the arrival of fully-autonomous vehicles will see a much slower introduction into the marketplace, which is expected to begin on a small scale in the early 2020s.

However, even when 100 million fully-autonomous vehicles hit the road in 2050, it’s difficult to foresee drivers ignoring the road completely while AI picks up the slack. Let’s take a deeper look into the key reasons why you’ll probably still be driving your self-driving car in the future.

Across the world, the regulation of road traffic is treated with heavy levels of caution due to the level of risk that it comes with for all traffic. Europe, in particular, has plenty of red tape in place that holds back fully autonomous vehicles from transporting users from A to B without any form of monitoring.

One fundamental principle of the convention can be found in Article 8, which states that “every moving vehicle or combination of vehicles shall have a driver.” The article also stipulated that “every driver shall at all times be able to control their vehicle.”

The Vienna Convention was amended in March 2014 to acknowledge that systems influencing how vehicles are driven must be capable of being switched off by the driver, however, even the amended convention still demands that every vehicle must have a driver.

This means that if the majority of EU nations plan on integrating fully autonomous vehicles onto their roads, the Vienna Convention will need to undergo further amendments prior, or else they will be breaking the terms that they agreed to.

The Vienna Convention is an example of some regulations that still hold somewhat archaic stipulations when it comes to the mid-to-long-term future of driving. Possessing the technology to jump in a car and allow it to drive you to your destination without any interference is one thing, finding a nation where a legal framework exists to allow car owners to transport themselves while not in control of their car is another matter entirely.

Furthermore, self-driving cars will eventually command a rethink as to how insurance plans are calculated. Today, if you crash your car, the blame will lie with the driver who caused the accident. In an autonomous future, a car accident may be the result of a manufacturer malfunction, meaning that the car owner isn’t responsible and shouldn’t pay.

With this in mind, it may be some years after the arrival of self-driving cars that the legislation to allow drivers to surrender control of their car while driving comes into existence. The UK, for instance, is only planning to ban fossil fuel cars by 2030, so it could be some time until they move the subject to self-driving cars.

The Need For Vigilance

Furthermore, the technology to enable a car to be fully self-driving is highly unlikely to exist in a form that drivers can trust for decades, perhaps longer.

The gulf between the terms "self-driving" and fully autonomous vehicles can be found in the recent release of Tesla’s Full Self-Driving beta testing. The software update promised to allow drivers to park in bays, stay in their lane, cruise on highways, and stop at red lights.

Although the technology isn’t autonomous, the release of Full Self-Driving Tesla software excited drivers who assumed they could allow their cars to do much of the heavy lifting when it comes to getting from A to B. However, the technology comes with a warning to drivers to keep vigilant at the wheel, because their car “may do the wrong thing at the worst time.”

According to leading robotics and AI researcher, Rodney Brooks, drivers are likely to see messages like Teslas appearing for a long time after the advent of self-driving cars due to the sheer volume of confusing variables that autonomous vehicle technology will have to face while transporting users.

Brooks highlights the masses of “edge cases” that AI-powered vehicles will have to handle in understanding complex junctions and street signs from all around the world while making the right decision in a fraction of a second to avoid collisions. Then there’s the prospect of the car’s sensors misinterpreting road markings in poor weather conditions.

Autonomous vehicles will also have to interact with the poor driving of other vehicles, whether they’re powered by humans or other AI software. The interaction between cars will depend on numerous factors, including the driver’s style of driving, the vehicle’s age, the car’s power and performance, and whether it’s powered by electricity or traditional fossil fuel.

Another reason why you’re likely to be behind the wheel in the age of the self-driving car is simply that traditional cars are unlikely to be going anywhere fast.

While self-driving vehicles will certainly have a future as autonomous delivery vehicles for food and goods, autonomous private vehicles will still need to win over users when it comes to adoption. There’s no guarantee that autonomy will win over drivers when many still enjoy the thrill of driving.

Make no mistake, self-driving cars are still set to be the future of motoring eventually. Just don’t expect their journey to prominence to be free of a few bumps in the road.