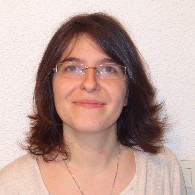 https://twitter.com/aurelievache Developer at Continental Intelligent Transportation Systems in Toulouse, France. She has been working as a developer for more than 10 years. Formerly a Java / JEE developer, then Web, Full-Stack, and Lead developer, she is now a Cloud developer and doing DevOps on connected and autonomous car projects. She likes Big Data technologies and loves writing technical articles. As a leader in Duchess France, an association that promotes female developers and women in IT, she is strongly involved with their coaching initiative #AdoptADuchess that helps junior developers and people in reconversion. She is also one of DevFest Toulouse organizers and a member of the Toulouse Data Science (TDS) core team.