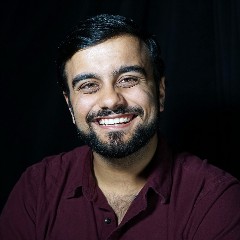 Raghav is a startup founder and CEO, social media marketing consultant, public relations professional and author. He is a prolific writer and blogger on Medium, Gamasutra and LinkedIn. A public speaker and mentor for aspiring entrepreneurs and game developers, Raghav has taught classes and led workshops for startup accelerators and game development training programs. He has also given talks at TwitchCon and SXSW Gaming. As Co-Founder and CEO of Black Shell Media, Raghav has helped ship over 1.5MM copies of video games (SanctuaryRPG, Overture, Dungeon Souls and more.) He has also consulted for and published hundreds of independent games on major platforms such as Steam, the Apple App Store, and the Google Play Store. He helps gaming startups and enterprises grow and connect with their followers. Raghav is passionate about connecting with people and strives to engage with his partners and clients on a personal level. His experience with public relations and marketing has led him to grow confident in several aspects of the video game publishing world, including composing effective press releases, analyzing marketability of titles, PR management and marketing strategy. Always eager to collaborate, Raghav is proud to be working with a diverse, multicultural group of like-minded entrepreneurs. He looks forward to attending trade shows and networking events and enjoys sharing his story, and also seeks to learn from others' experiences and grow as a professional.