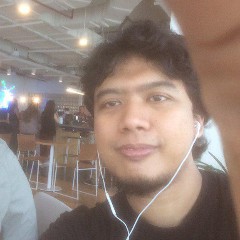 Yauri has been working in the IT industry since year of 2003 when he was still studying in the University, focusing on software design and development. Had involved in all stages of software development, implementation, and integration life cycle. Covering stages such as design of user/system requirements, development phase, testing, migration, documentation, and end-user training. Having intensive technical knowledges and experiences in desktop application, web-based application, web services, batch/scheduler process, middleware/messaging, and data warehouse. Hands on experience in various technologies such as Java/JEE, NodeJS, Python, and Golang. Furthermore, He’s also have a big interest with devops stuff (e.g. Docker, Kubernetes, Terraform, Ansible, etc). He really concerns (and always strict) about Clean Code and Good Design based on the TDD approach. For him, it’s better to do the things right rather than just hacked the right things to meet the deadline. Currently, the topics those interest him most are Distributed Systems, Enterprise Integration, Reactive Systems, and Artificial Intelligence. During his leisure time, while not programming on his laptop, he enjoys practicing some martial arts (Traditional Silat, Okinawa-te, and Muay Thai).