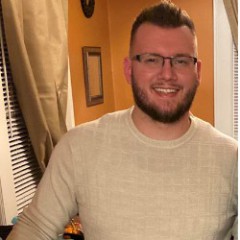 Michael Levan is a tech enthusiast, content creator, advisor, and public speaker. He is the Chief Engineer & Principal DevOps Consultant at CloudDev.Engineering LLC. I started out my career like most do in IT with a traditional infrastructure background, helpdesk/desktop support. After I dove deep and realized the different ways to automate my job, I quickly realized the next step to my career, DevOps and Cloud Engineering. This next step wasn't easy. I stayed up late, woke up at 4:00AM to study and further myself, all with a newborn at home, so I was barely sleeping as is :). After working as a Sysadmin on Hyper-V, ESXi, Azure, Powershell, and all-around Windows Infrastructure, I wanted to take the next step in my career and see the "other side". This led me to do a complete 180 and move into technologies like Linux, Python, and AWS. After not knowing much about this space, I buckled down, studied more, and quickly became a Subject Matter Expert. After working with Linux, AWS, Python, Ansible, Containerization (Docker), Orchestration (Kubernetes), and Web Applications, I started to see a HUGE shift in the Microsoft ecosystem. It wasn't about Windows and desktops anymore. It was about open source, Linux, containerization, and working as a community. I took this as another opportunity to do yet another 180 and come full-circle back to the Microsoft space to focus my efforts on practicing DevOps on the other side of the realm (again). Now I'm utterly fascinated with DevOps and Cloud Engineering. I simply can't get enough of all of the cool, new, and exciting technology that's out there. It's truly a beautiful time to be in technology.