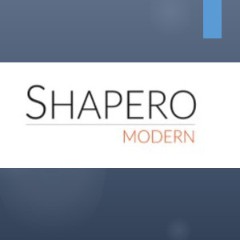 Shapero Modern, was founded in 2014 under the guidance of Gallery Director Tabitha Philpott-Kent, and specialises in Post War & Contemporary prints, multiples and works on paper, with a particular focus on American 20th-century art. The gallery runs a programme of exhibitions from both primary and secondary market artists, with six exhibitions per year, including collaborations with contemporary living artists as well as masters of 20th-century post war prints and works on paper. Shapero Modern exhibits at major international Art Fairs worldwide, including TEFAF Maastricht & TEFAF New York, Frieze Masters, Masterpiece London, Art Miami, the IFPDA Fine Art Print Fair and the London Original Print Fair at the Royal Academy. Meantime, Tabitha and her team are on hand at Shapero Modern’s Mayfair gallery in the heart of London to advise on all aspects of the art market and collecting. Shapero Modern Team Led by Gallery Director Tabitha Philpott-Kent the team has a wide range of experience and knowledge and welcome the opportunity to discuss all aspects of the art market and collecting. Keywords: Post War Art Prints Bernard Shapero (CEO) Bernard is an experienced international dealer in rare books and works on paper. He began his career in 1979 dealing from Gray’s Antiques Market, moving to a purpose built gallery and bookshop in Holland Park in 1989 and from there to Mayfair in 1996. His specialist knowledge lies in post-war American prints and multiples, however his many years in the rare books world has given him a formidable knowledge of all works on paper. Tabitha Philpott-Kent (GALLERY DIRECTOR) Tabitha is Shapero Modern’s Gallery Director, and specialises in sourcing rare and important prints. Prior to setting up Shapero Modern in 2014, she worked for major auction houses as well as international dealers. She regularly organises and curates events at our Maddox Street gallery, as well as representing Shapero at international fairs worldwide including TEFAF Maastricht & New York, Frieze Masters, Masterpiece London and Art Miami. Costanza Sciascia (GALLERY MANAGER) Costanza joined the Shapero Modern team in March 2019. After studying Art Management & Economics in her native Italy, she worked for a series of blue-chip galleries in London before joining one of the world’s major auction houses. As Gallery Manager, Costanza oversees the running of our Maddox Street gallery, organising and promoting exhibitions and events, as well as joining Tabitha at Art Fairs at home and abroad. Email: modern@shapero.com